Giving provinces a pipeline veto would set a dangerous precedent 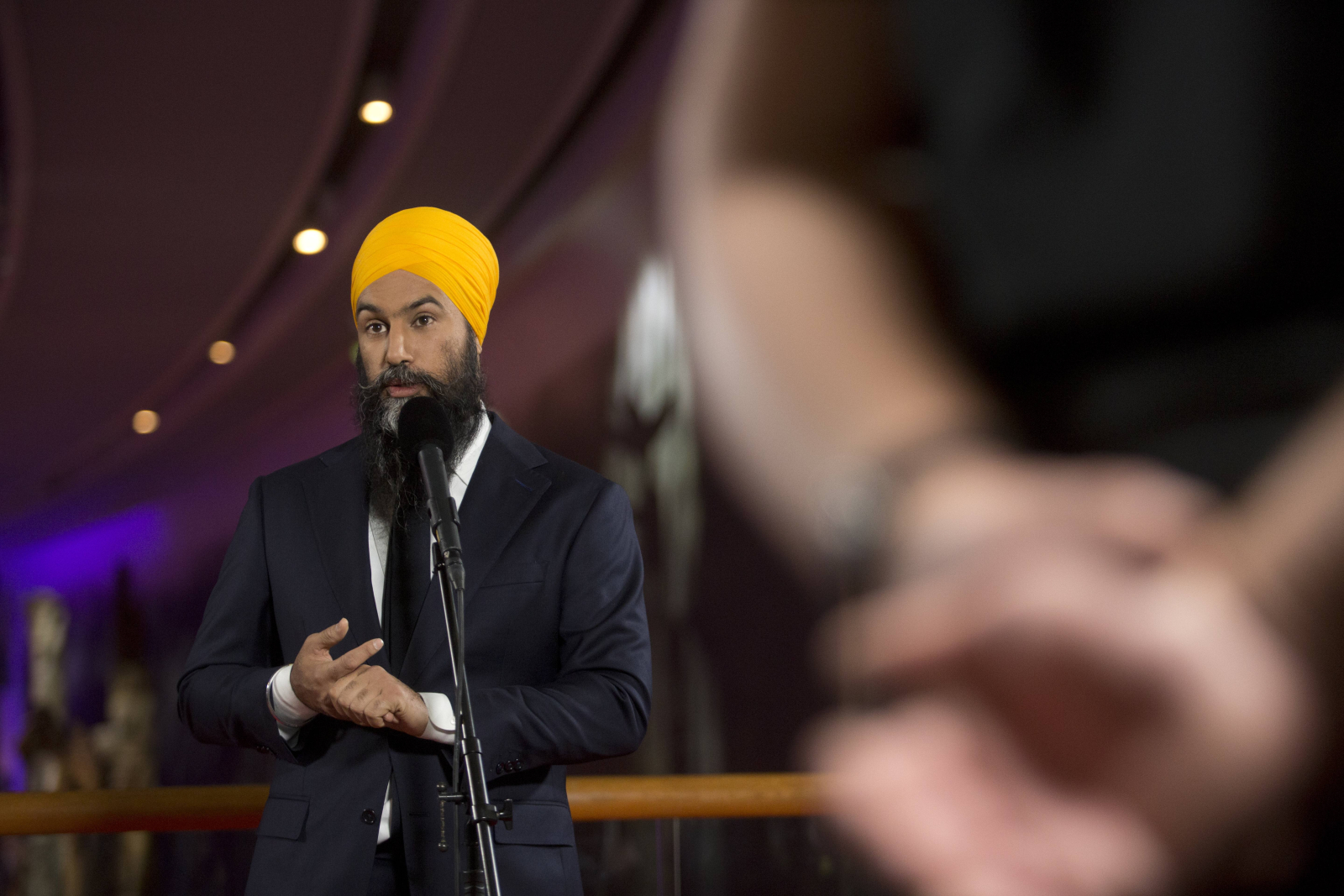 NDP leader Jagmeet Singh has said that he would not approve a pipeline though a province where the provincial government opposed it. While Singh doesn't call it a "veto," he continues to maintain he would "never impose a pipeline" on an unwilling province.

At first blush, that may seem attractive if you are against new oil pipelines. But it would set a dangerous precedent; one that could undermine our ability to construct important infrastructure needed to build a nation and fight climate change.

Canada was created around a national infrastructure project; a railway linking the disparate colonies from coast-to-coast. In the ensuing 152 years we have continued to build telephone lines, canals, highways, electrical lines and other cross-country infrastructure to connect us, foster inter-provincial trade, and forge our nation.

When the Fathers of Confederation (yes, they were all men) came together in 1864, they agreed that we needed to have a federal government to decide about national matters – including cross-country infrastructure. They recognized that provinces may not always agree.

To that end, they included in the 1867 Constitution section 92(10), explicitly giving the new federal government authority over “Works and Undertakings connecting the Province with any other...Provinces”.

That was a far-sighted decision. Canada is a big country. One of the key things that has helped us build and shape this country has been infrastructure to let people, goods, power and communications move across this vast land.

The NDP’s proposal is well-intentioned. No one wants to run roughshod over the interests of a province, a community or a First Nation when they object to a particular infrastructure project. We should, and normally do, try to protect and accommodate those concerns, as far as possible. But that doesn’t mean giving them an effective veto over national projects.

If the founders of confederation had done that, we might not have a national railway, or highways or phone lines connecting the country. We need a national government to decide which cross-country infrastructure projects are in the national interest.

This should be done in an informed, inclusive manner, but ultimately someone has to decide — someone who sees the whole national picture. Often that means making tough decisions, because rarely is there unanimity about major infrastructure projects.

The Trans Mountain oil pipeline is a perfect example. After two environmental assessment hearings and a range of mitigation measures, the federal government approved it. Whether you support or oppose this pipeline (and there are many in each camp), giving the B.C. government the power to block it would set a very dangerous precedent.

What if, next time, a particular province opposes the expansion of inter-provincial rail systems or electricity transmission lines — both of which are important to fight climate change and build a clean economy. Should they get a veto too? This is a slippery slope, once you start down it.

Speaking of climate change, another thing that crosses borders is pollution. The federal government also must play a lead role in controlling interprovincial and international pollution. Brian Mulroney recognized this in 1988, when his government passed the Canadian Environmental Protection Act, giving Ottawa the power to regulate toxic pollution.

Quebec, joined by Saskatchewan, challenged this federal law in court, and lost. The Supreme Court recognized that the federal government must have ultimate authority to control pollution that threatens Canadians’ health and environment –even where some provinces object.

A similar story is playing out now on climate change. Several provinces (with Conservative governments) are challenging the constitutionality of the federal carbon pricing law – which was part of a national climate framework originally agreed-to by nine of 10 provincial premiers. The courts of appeal in Ontario and Saskatchewan have upheld the federal law, recognizing that greenhouse gas emissions cross borders and are a matter of national and international concern.

That federal climate law is a good example of striking the balance between national leadership and flexible federalism. It sets minimum national standards for pricing carbon pollution, to help meet Canada’s global climate commitments. The federal law applies only where a province does not have its own equivalent standards in place, and it returns all the revenues back to the province of origin.

But it applies across the country. No province is given an opt-out or a veto. Much the same way that we have dealt with health care in Canada, and other matters of national concern.

Making a big country like Canada work isn’t always easy. It means having a federal government to make decisions about national matters (especially ones that cross borders), as well as provincial and municipal governments to address regional and local matters. This has worked pretty well for 152 years. Why mess with it?

Stewart Elgie is a Professor at the University of Ottawa Faculty of law, and chairs an environment-economy research institute. Before that he was the founder of Canada’s largest environmental law organization. He discloses that (i) he has been counsel on several lawsuits opposing oil development and pipelines, including suing Exxon over the Valdez spill, (ii) the institute he chairs has an oil CEO on its advisory board, who donates annually; and (iii) he is counsel in the lawsuit challenging federal carbon pricing, defending the constitutionality of the law.

Faulty premise. Export pipelines are not railways. Canadian consumers will see little if any of that extra oil. Higher tolls to pay for TMX may even increase gas prices in the Lower Mainland.

Since when is the corporate interest identical to the national interest?
In the best-case scenario, rich men get to fill their pockets for a few more years while overpaid high school dropouts continue to slash and burn what remains of our backyard. Extirpating caribou, poisoning wolves, shooting bears, and endangering the health of indigenous communities. How is that in our "national interest"?
Oilsands expansion enabled by new export pipelines cannot be reconciled with Canada's inadequate climate targets. How is failure to meet our targets for decades in our national interest?

While the oil industry backs provincial challenges to the Liberals' carbon tax, its message to dissenting provinces on pipelines is "Back off!"
Who can miss the irony?

In 2016 Canada agreed to adopt the UN Declaration on the Rights of Indigenous Peoples (UNDRIP): "We are now a full supporter of the declaration, without qualification. We intend nothing less than to adopt and implement the declaration in accordance with the Canadian Constitution."

UNDRIP stipulates free, prior, and informed consent. Not optional.
In a constitutional democracy, majority will does not override protected minority rights.
At one time, PM Trudeau understood this: "Governments grant permits, communities grant permission."

Journalist and author Martin Lukacs: "The tar sands agenda empowers the political machinations of the reactionary Right in Canada. It reinforces a corporate constitutionalism that locks-in trade and investment through bilateral and multilateral agreements that secure investment 'certainty' through the engineered collapse of environmental regulatory frameworks.
"'In other words, these are not pipelines to build a nation. They are a scheme by which to swindle it.'"
"Why we need to win the battle over the tar sands"
http://rabble.ca/books/reviews/2014/10/why-we-need-to-win-battle-over-ta...

Yes, I can see how the infrastructure that is used by all Canadians is exactly the same as a private profit making device for disposing of Canadians non renewable resources for the short term benefit of some CEOs.