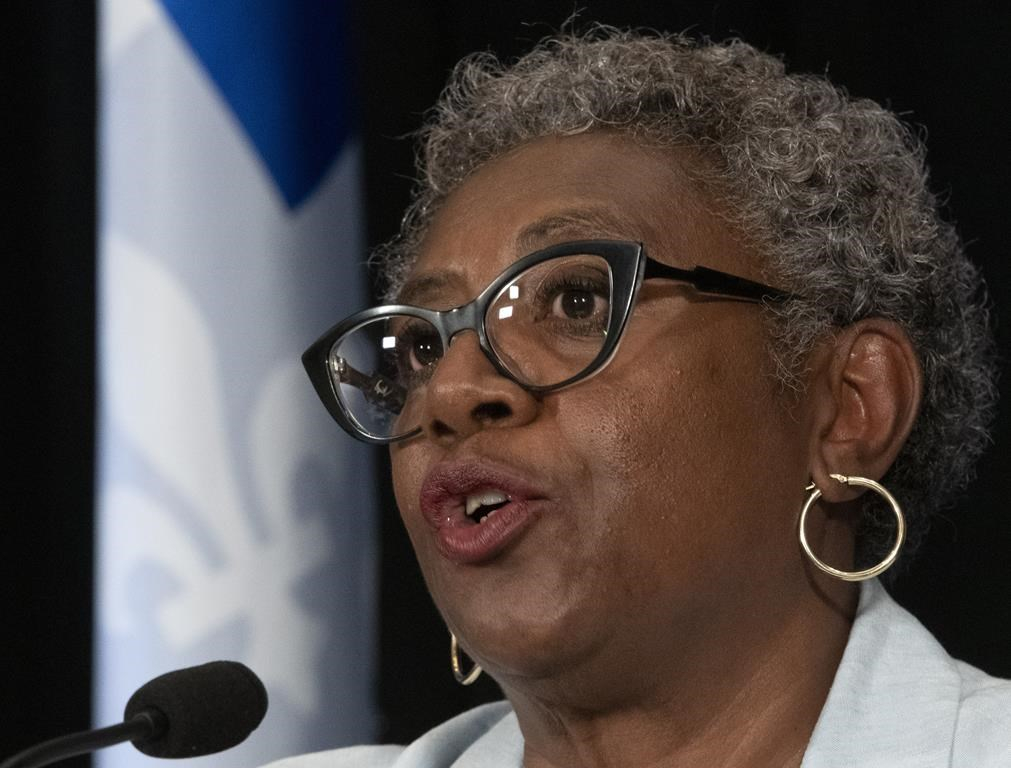 Regine Laurent, president of a commission looking into child protection services, speaks during a news conference, in Quebec City on Thursday, May 30, 2019. File photo by The Canadian Press/Jacques Boissinot
Previous story

An inquiry into youth protection in Quebec has begun with a declaration that the exercise itself reflects a societal failure.

Inquiry chair Regine Laurent says the very need for such a hearing to look at the province's embattled system is proof that society has failed kids.

The Quebec government announced the wide-ranging independent commission to look into youth protection in May.

It was prompted by the slaying this year of a seven-year-old girl from Granby, Que., who had been monitored by child services but nevertheless fell through the cracks.

The inquiry will take a critical look at the youth protection system, including its funding, organization and regulations.

It will first hear from young adults who went through the system as children.

Laurent, a nurse and former labour leader, was picked by the Legault government to run the inquiry.

She had said previously the Granby case saddened her and it was shameful that something like it could happen now.