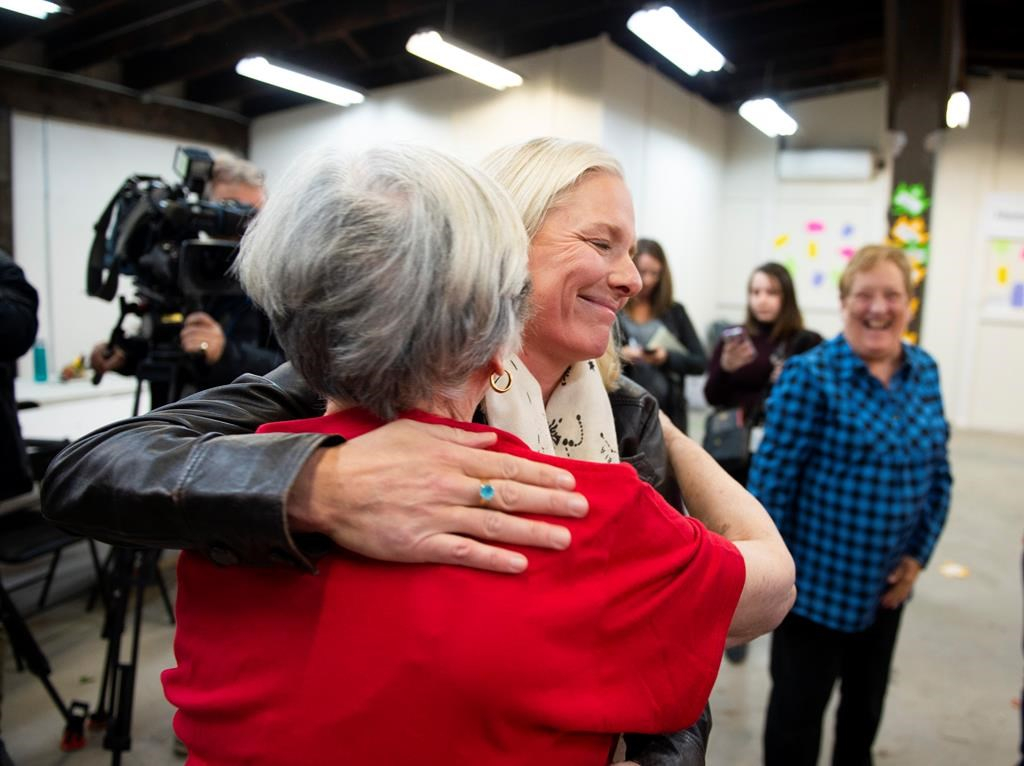 Re-elected Liberal MP Catherine McKenna hugs a member of her team after speaking to reporters after a misogynistic slur was spray painted on her image on the window, in Ottawa, on Thursday, Oct. 24, 2019. Photo by The Canadian Press/Justin Tang
Previous story

Newly re-elected Liberal MP Catherine McKenna says she has notified police after someone spray-painted a vulgar slur on the front of her Ottawa Centre campaign office.

Staff arriving at the office Thursday morning found the jarring four-letter obscenity scrawled in red paint over a photo of the environment minister.

A visibly shaken McKenna held a news conference to respond to the incident, saying it sends the wrong message to the women and girls of all ages who worked on her campaign.

McKenna has been the subject of online vitriol over her central role in the Liberal government's push to address climate change.

During the campaign, she spoke to The Canadian Press about how the anonymous online abuse has often escalated into in-person verbal assaults.

The threats had grown to a level where McKenna sometimes requires a security detail, a level of protection cabinet ministers don't usually receive.

She likened the spray-painted epithet — the word "c--t" was written in block letters across an image of her face — to the sort of abuse she receives regularly from "the trolls on Twitter," adding that "it needs to stop."

She says she wants to have "better discussions" in politics.

On Twitter, one of her Liberal colleagues called the act "absolutely appalling."

"It takes a lot of courage to put your name on a ballot. Despite party stripes, no candidate should face this kind of hatred," wrote Gagan Sikand, who won re-election in his Toronto-area riding on Monday.

McKenna captured nearly 49 per cent of the vote in Ottawa Centre, giving her a margin of victory of about 15,000 votes, based on preliminary results from Elections Canada.