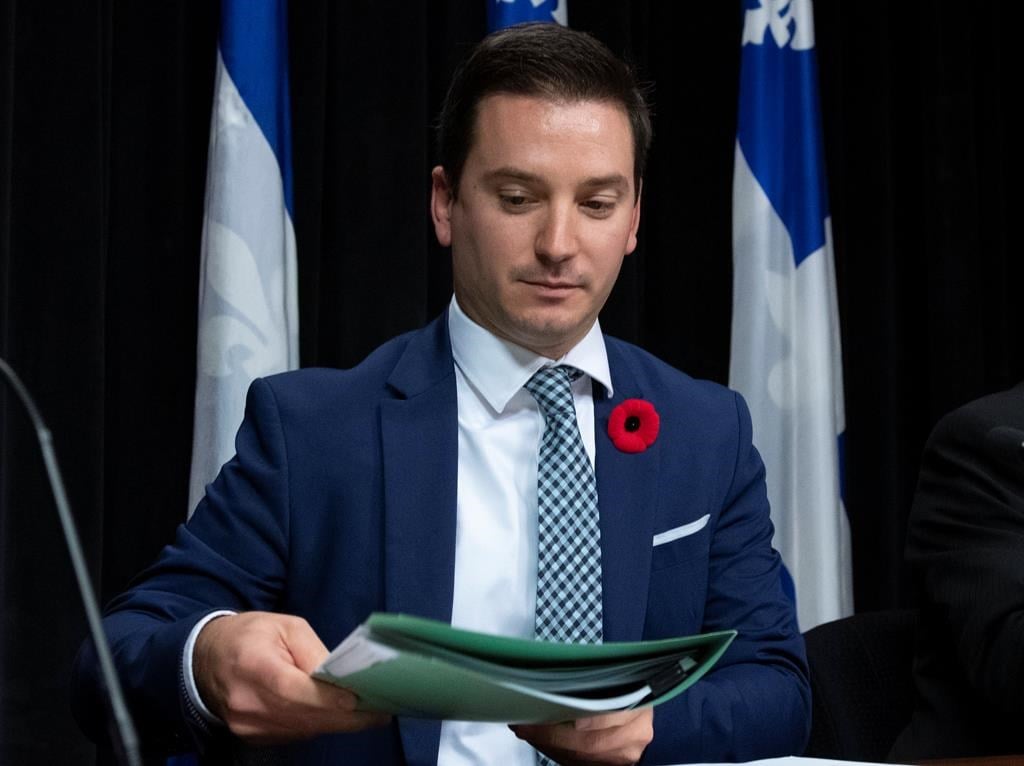 Simon Jolin-Barrette Minister of Immigration, Diversity and Inclusiveness arrives to unveil new measures, including a test for immigrants, on Wednesday, October 30, 2019 at the legislature in Quebec City. Photo by The Canadian Press/Jacques Boissinot
Previous story
Next story

Quebec is moving ahead with its controversial values test for newcomers wishing to settle in the province but the new requirements are less strict than what was initially proposed.

Starting Jan. 1., anyone seeking permanent residency in Quebec will need to score at least 75 per cent on a 20-question, multiple-choice exam, to be completed in 90 minutes, Immigration Minister Simon Jolin-Barrette announced Wednesday.

"The successful integration of immigrants increases their contribution to the dynamism of Quebec's economy," Jolin-Barrette said during a news conference.

The test was a key component of the Coalition Avenir Quebec's 2018 election platform on immigration. The party's campaign pledge spoke to fears in the province that immigrants weren't properly integrating into Quebec society. Would-be immigrants would be at risk of deportation if they failed the exam, voters were told.

But more than one year after being elected, the CAQ government decided on a softer approach. The details of the test rules were published Wednesday in the province's Official Gazette, but the wording of the questions was not.

Nonetheless, Jolin-Barrette brought some examples of test questions for journalists during his news conference in Quebec City.

"In Quebec, women and men have the same rights and this equality is written into law. True or False?" reads one example.

Anyone who fails all the steps will not be allowed to immigrate to Quebec or will be subject to deportation. But, Jolin-Barrette said, those who fail will be able to start the test-taking process all over again.

Premier Francois Legault said Wednesday it was important that those wishing to live in Quebec understand the province's values, namely gender equality and secularism of the state.

Has anyone figured out how

Has anyone figured out how this convoluted and ridiculous multi step, multi option program will be administered? Or how much it will cost? And how long does the Quebec government think it will take savvy immigrants to “learn how” to pass the exam? What a meaningless exercise in bureaucratic mumbo jumbo! To say nothing about the human rights issues being contravened!