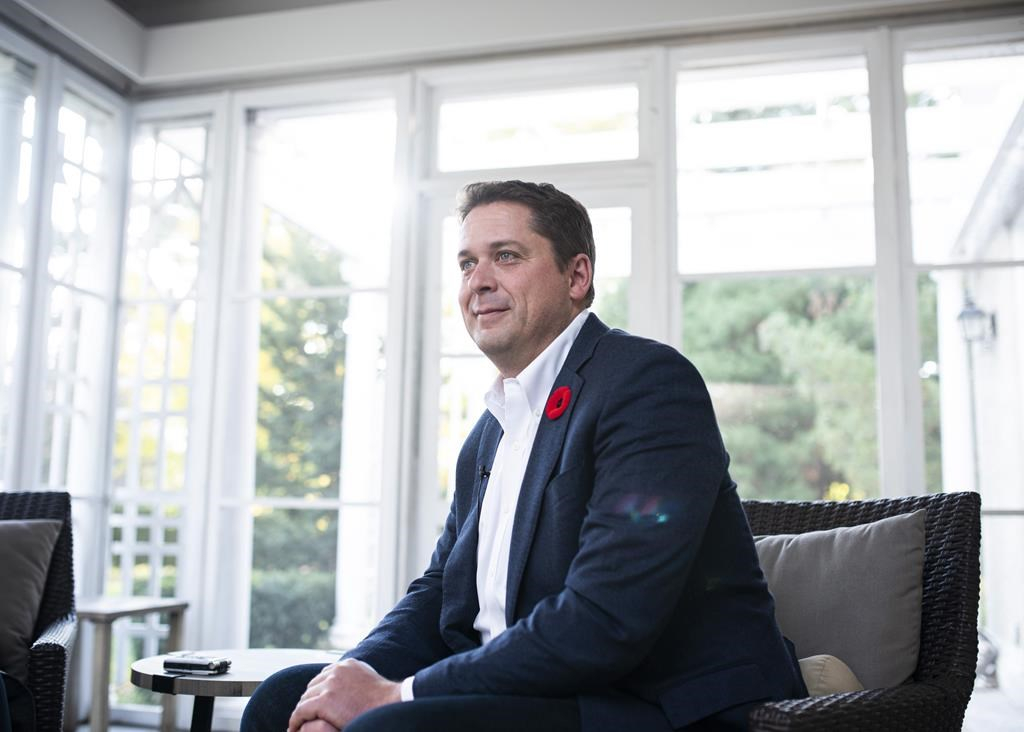 Conservative Leader Andrew Scheer is calling on the prime minister to open Parliament on Nov. 25.

Scheer's spokesman Simon Jefferies says the country is more divided than ever and Trudeau needs to bring the House of Commons back immediately to address urgent issues.

Asking for that to happen on Nov. 25 will be one of the Opposition leader's requests of Trudeau when the two meet on Tuesday.

Jefferies says Scheer will also outline specific items Conservatives want to see in the throne speech, saying they'll be based on the party's own priorities for the next Parliament.

The Liberals won 157 seats in last month's vote, forming a minority government, with the Conservatives in second place with 121 MPs.

This report by The Canadian Press was first published on Nov. 11, 2019.