Singh and Trudeau to meet on priorities 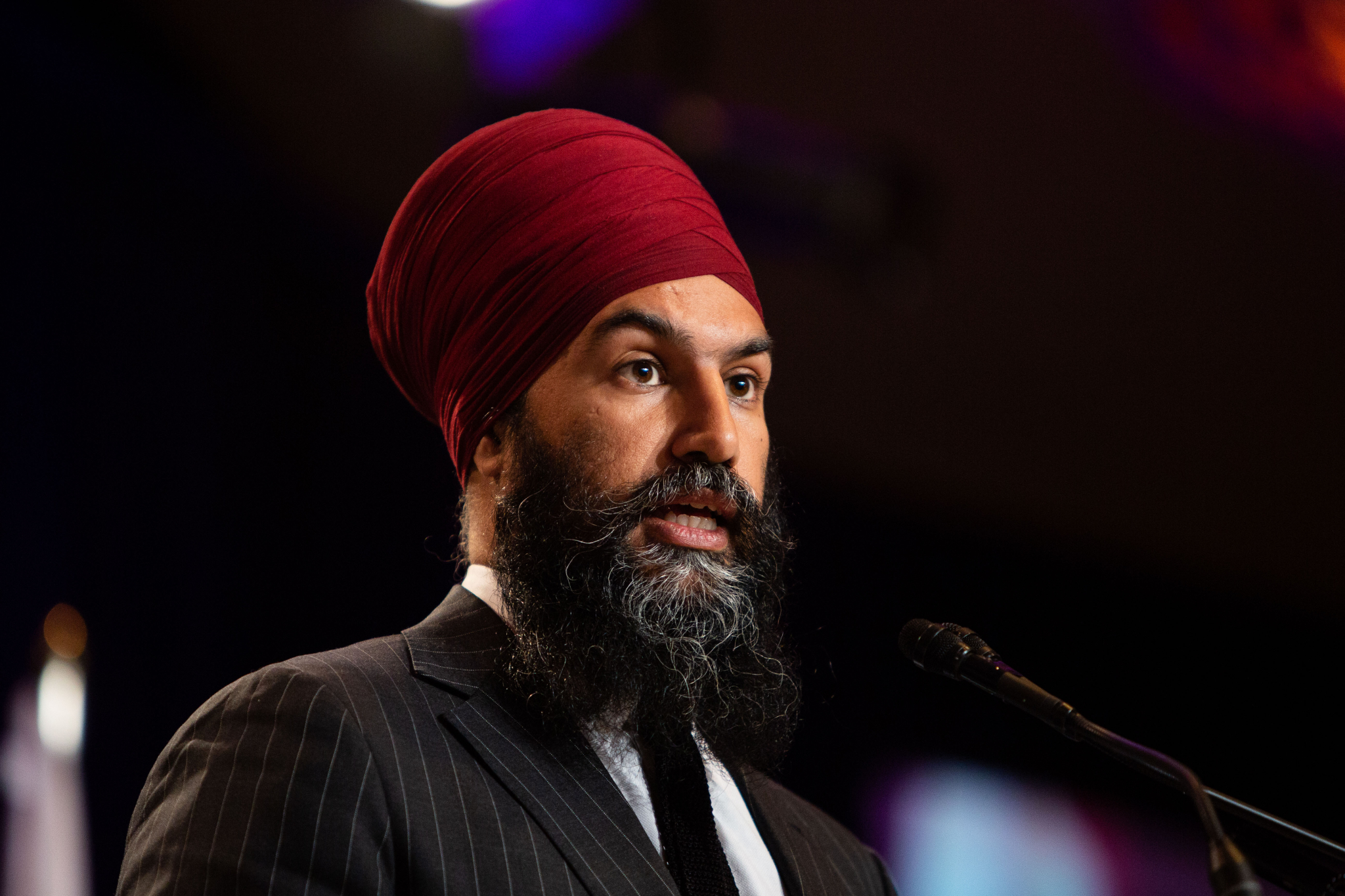 Jagmeet Singh of the New Democratic Party deliver remarks and answer some question at the Assembly of First Nation's Special Chiefs Assembly at the Hilton Lac-Leamy in Gatineau, on May 1, 2018. File photo by Alex Tétreault
Previous story
Next story

NDP Leader Jagmeet Singh will meet with Prime Minister Justin Trudeau on Thursday, where he will lay out his priorities in the hopes of using his party's position in a minority Parliament to get policies and laws that reflect New Democrat platform commitments.

The party was reduced to fourth place in the House of Commons behind the Liberals, Conservatives and Bloc Quebecois after winning just 24 seats in the recent election, down from the 39 it held before the Oct. 21 vote.

But despite these losses, party and caucus members were cheering on election night and have since been viewing the upcoming re-opening of Parliament as a positive for the party.

Returning MP Peter Julian points to past minorities that saw the NDP negotiate progressive initiatives, such as universal medicare and the Canada Pension Plan.

"In this case it's not only the politically smart approach to take, to work with us, it's also in the best interests of Canadians."

Singh has said his first priority will be to get Liberal support for the immediate creation of a national universal pharmacare program.

He is also expected to push Trudeau to drop the legal challenge of a recent Canadian Human Rights Tribunal ruling that ordered Ottawa to pay $40,000 in compensation to Indigenous children who were wrongly placed in foster care after 2007, as well as to their parents or grandparents.

But whether pharmacare and a change of course on the tribunal ruling will make it onto the Liberal government's plans remains unclear.

Trudeau has been meeting with all federal party leaders and with a number of premiers over the last week, getting a laundry list of requests and demands as the other leaders flex their muscles against the weakened Liberals. The opposition leaders want spending or policy commitments from Trudeau in exchange for support to keep his minority government afloat.

Trudeau has shunned a formal coalition with any of the other parties, but has indicated willingness to work with parties on a case-by-case basis.

Julian said he sees many similarities in Trudeau's recent moves to the approach taken by Paul Martin when his Liberal government was reduced to a minority in 2004. At that time, Martin initially tried to govern as though he had a majority, Julian said, but eventually had to walk back a proposed suite of corporate tax cuts and instead work with then-NDP leader Jack Layton to increase spending on post-secondary education, transit and housing.

Julian believes the NDP is a particularly well-positioned to work with the Liberals now because of their shared progressive ideologies. He noted the Conservatives and Bloc Quebecois have "very right-leaning priorities" and that even if Trudeau might not want to play ball with the NDP just yet, this could very well shift.

"I think with minority governments they sometimes, particularly when they've had a majority government before, don't necessarily understand that the dynamic has changed, and I see that as posturing," Julian said.

"But I know that Jagmeet will be putting forward the priorities that he very clearly put out during the election campaign. Ultimately, we're just going to keep pushing and working hard, the way we do, and ultimately I think the reality of a minority government is something that will be very clear to Mr. Trudeau and to the Liberal government."

Of course Mr. Trudeau has a

Of course Mr. Trudeau has a willingness to work with other parties... how else can he work at all? All I want to say is "Mr. Singh, are you going to wind up agreeing to TMX pipeline expansion to get what you want out of this willingness to work" ?