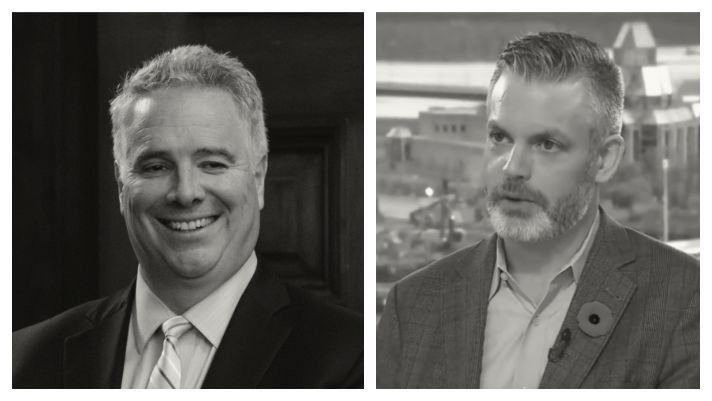 The man whose job is to guard against improper influence peddling in Ontario politics should issue public rulings about the role of two prominent Progressive Conservative advisors who moved on to head lobbying companies, transparency advocacy group Democracy Watch said on Thursday.

Ontario’s Integrity Commissioner David Wake should bar Chris Froggatt and Kory Teneycke from engaging in lobbying efforts until after the next provincial election given their close association with Doug Ford’s government, Democracy Watch said, but at the very least he should issue his opinion on the topic publicly.

“A public watchdog has to issue public rulings,” the group’s co-founder Duff Conacher said in a phone interview. “Not only to prove he’s doing his job properly but also because the public has a right to know whether people are violating these key laws that protect our democracy.”

“There’s no prohibition on him doing it, and he should do it because it will clear everything up,” he said. “And if he doesn't do it, then we're seeking legal advice about whether we could sue him and try and force a public ruling.”

Michelle Renaud, senior advisor for policy and outreach at the commissioner’s office, said Wake was not free to publish his findings on whether a lobbyist had breached conflict of interest rules, pointing to rules about confidentiality of guidance provided at the lobbyist’s request.

“As an advisory opinion is based on the specific facts of a situation, it is provided to the individual who requests it and is not made public,” she wrote in an email.

The statement did not explicitly say that Froggatt or Teneycke had requested such guidance. It did point out that no specific lobbying cooling off period exists under the Lobbyists Registration Act for individuals who participate in political activity.

Renaud also said the commissioner’s power to investigate is not complaint-based and he can choose whether to open an investigation.

If he did choose to investigate, he wouldn’t disclose that either, Renaud said.

Democracy Watch already has a legal fight in motion against Wake over his refusal to issue a public ruling on whether former Ford chief of staff Dean French and others gave preferential treatment to Ron Taverner.

The Ford government had tapped Taverner as the next head of the provincial police force, but slammed the brakes on that appointment late last year amid heavy criticism of the hiring process. French resigned in June after further patronage appointments were rescinded.

He has since registered as a lobbyist for a company called Rubicon Strategy Inc, whose clients include supermarket chain Loblaws, the Ontario Medical Association doctor advocacy group, the Greater Toronto Airport Authority, and the Canadian Online Gaming Alliance.

He told National Observer in a short email that he had not seen the Democracy Watch statement but that “I am completely confident as I am fully compliant.”

Chris Froggatt was vice-chair of Ford’s and the PC Party’s 2018 election campaign, and has since registered lobbying company Loyalist Public Affairs.

“The rule is that you can’t do anything that would create even a potential conflict of interest, and the commissioner has enforced that rule secretly,” Conacher said. “We’re pushing him to go public because we don’t know what lines he’s drawing with these people.”

Wake has issued some guidance for lobbyists on the extent of their right to engage in political activity, but Conacher said it was too vague to be useful.

Editor’s note: Article was updated at 3:41 p.m. on Nov 14, 2019 to include responses from Kory Teneycke and from the office of the commissioner.

Don't be silly. We can trust

Don't be silly. We can trust these guys.