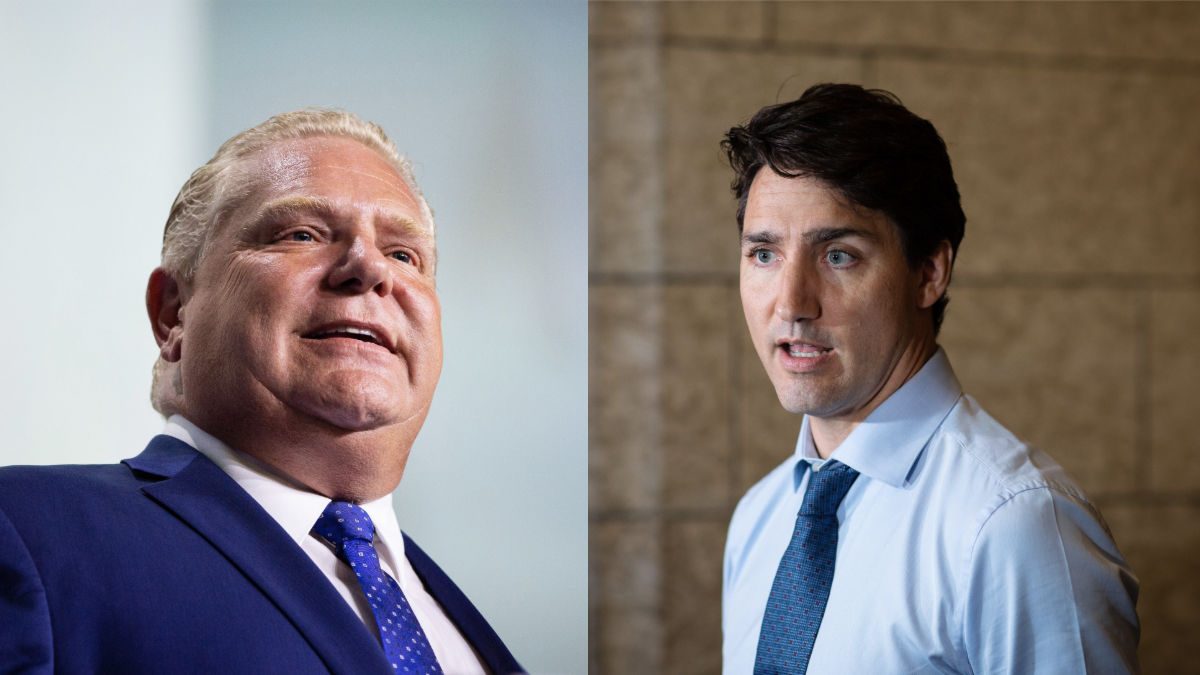 Doug Ford is ready to talk things over with Justin Trudeau.

The Ontario premier has corralled his most senior ministers into a council to negotiate with Ottawa over a slew of issues on which they hope to find common ground, including transit and health-care funding, while the two levels of government fight in court over the need to take serious and sustained climate action.

Ford, who will travel to the federal capital to meet with the prime minister on Friday, will head the province's council on provincial-federal relations and be joined by his ministers of finance, health, transportation, infrastructure and others.

Ford and his team are looking forward to "rolling up our sleeves, getting our ministers involved and having a real collaborative relationship with them" regarding funding for transit, broadband and other infrastructure projects, he said at Queen's Park on Thursday.

Trudeau has been meeting with a string of provincial and municipal leaders and heads of other federal political parties since winning the right to form a minority government in the Liberal's second term following the Oct. 21 election.

Ford is meanwhile also preparing to host other premiers in Toronto at a Dec. 2 meeting, where Ford and leaders of oil-producing provinces including Alberta Premier Jason Kenney and Saskatchewan Premier Scott Moe are likely to push for more leeway in the federal government's climate change agenda.

Moe, who is chairing the meeting, called for a carbon-tax amnesty to help ease the associated cost for Prairie farmers dealing with a wet harvest after his meeting with Trudeau last week.

Ford is seeking to secure a 40 per cent contribution of federal cash for his planned expansion of transit in the greater Toronto and Hamilton area, for which the province is stumping up $28.5 billion. Toronto and other cities are also contributing to the funding mix.

"It’s an amazing plan," Ford said in the provincial legislature. "We need shovels in the ground. Let’s put politics aside. Let’s start getting things done for the people of Ontario."

While Ford is on the one hand seeking to get the Trudeau government on side with its spending plans, he is also sticking with his government's legal challenge of the federal carbon tax, after losing the first two rounds in the Ontario courts. The case is currently awaiting a Supreme Court decision on whether it will hear an appeal of the lower-court defeats.

When Trudeau was elected in 2015, oil-producing Alberta had an NDP provincial government and a Liberal one was in charge in Ontario. The wave of Tory blue that swept across the country since has frustrated the prime minister’s attempts to align with the provinces and achieve his political goals.