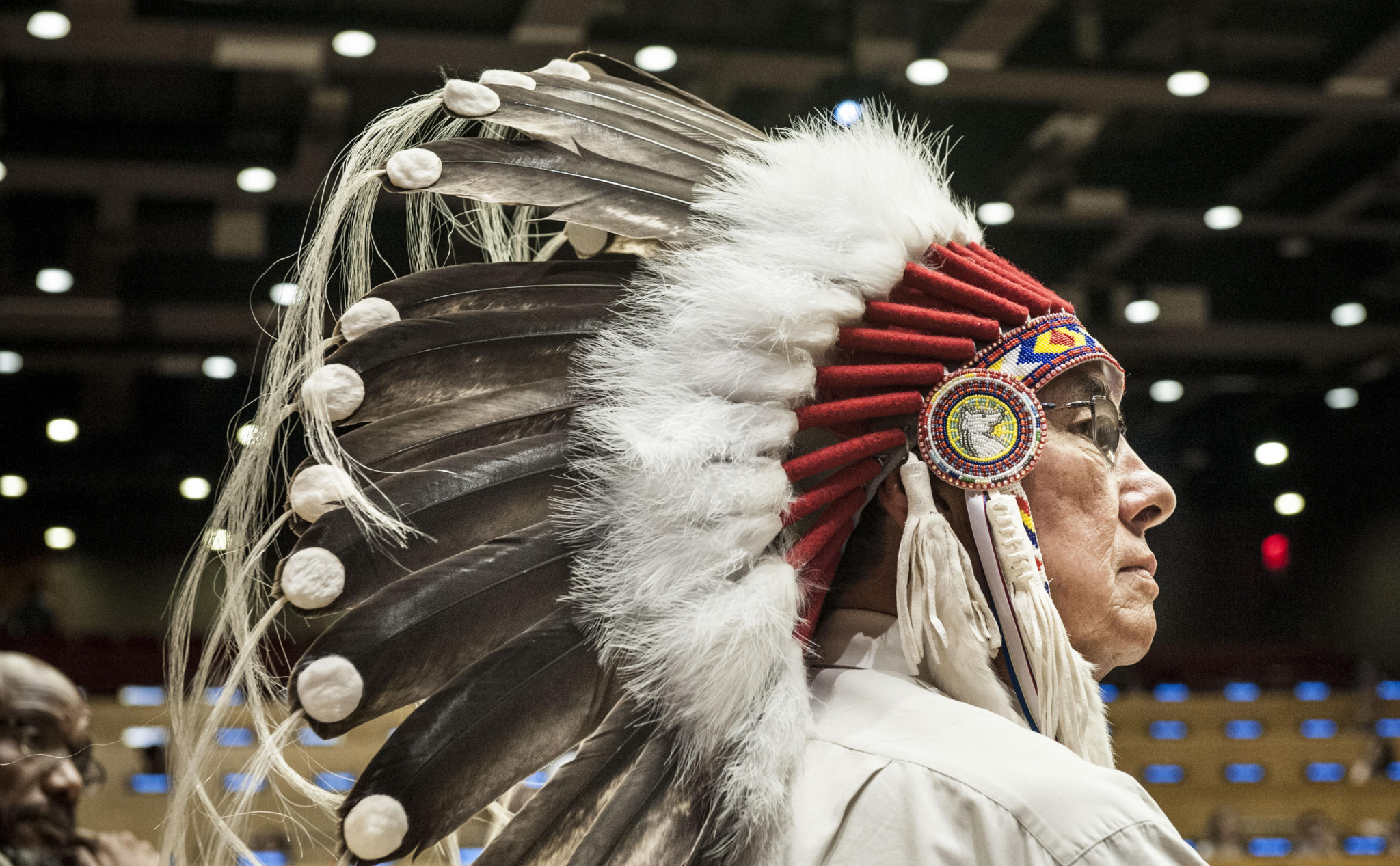 During the last Parliament, Prime Minister Justin Trudeau appointed a series of ministers to be explicitly responsible for sport. In his latest cabinet, however, there is no longer anyone holding this title. Instead, the responsibility for sport has been rolled into Guilbeault’s obligations as heritage minister.

This decision has led Littlechild — the grand chief of Treaty Six, a former member of Parliament and a residential school survivor, who was also on the Truth and Reconciliation Commission (TRC) — to suspect the government might be marginalizing the portfolio.

Since 1977, Littlechild has worked to host Indigenous athletes from around the world in his territory. He finally saw it become a reality just two years ago, when the World Indigenous Nations Games came to Treaty Six.

Littlechild confronted Guilbeault about the de-emphasis on sport during a question-and-answer session following the minister’s remarks to the Special Chiefs Assembly in Ottawa.

“I was very, very disappointed and discouraged that the portfolio of sport appears to be sidelined, or disappeared,” Littlechild said.

“Hopefully, you will give equal weight to the consideration of sport in your ministry. Because as you talk about language, language is key to sport, and sport is key to our languages,” he continued.

Guilbeault’s speech mainly focused on the task facing the government, the Assembly of First Nations (AFN) and other Indigenous organizations to implement the Liberals’ Indigenous Languages Act, which passed into law in June. The law is intended to support several TRC calls to action as well as the United Nations Declaration on the Rights of Indigenous Peoples.

As is typical for ministerial speeches at the assembly, Guilbeault then took the time to respond to several questions from attendees.

“Grand Chief Littlechild, let me reassure you: Sports has not disappeared from our radar screen. It has been brought back under my responsibility,” Guilbeault said.

“I’m a sports enthusiast — I’m not necessarily very good at them, but I like practising them — and it’s very, very high on my list of priorities. If there are things we can do better, I would be happy to sit down with you and listen to what you have to say.”

At the end of his appearance on stage, Guilbeault was formally invited to attend the North American Indigenous Games, which are being hosted in Kjipuktuk (Halifax) and Millbrook First Nation in July 2020.

‘A heads up, minister: there needs to be resources’

Guilbeault, a former environmental activist who was first elected in the 2019 federal election and soon thereafter appointed as minister, also heard from several other attendees who were concerned about how the languages law would be implemented.

Grand Chief Brian Hardlotte of the Prince Albert Grand Council started by thanking the government for the languages law. He then said that “there needs to be resources in this legislation. There needs to be funding.”

Hardlotte said there were cultural and language programs in band-controlled schools, but it wasn’t adequate. “It has to be resources given to First Nations and the community, like my community,” he said.

“The community has to (have) buy-in, and then it has to be spoken in the home...the community, the home and then the school. I think we can bring the languages back in our First Nations. We need those resources and the funding, minister.”

In the 2019 budget, the government promised $333 million over five years, and $115 million each year thereafter, to support the implementation of the act. Providing “adequate funding” was something Guilbeault mentioned during his speech as a “key priority.”

“If you look carefully at the act, we have set obligations, for ourselves as a government, to be able to deliver in terms of resources and funding for the implementation of the act,” he said in response to Hardlotte’s question.

During his speech, Guilbeault noted that the act includes provisions to determine the funding methodology. He said work to implement the act has already begun, between Canadian Heritage officials and the AFN, Inuit Tapiriit Kanatami and Metis National Council. There has also been “outreach” to other groups to get their perspectives, he said.

“I want to hear your point of views and concerns. I want to continue the dialog with you and all Indigenous communities across the country on the important work needed to implement the legislation,” said Guilbeault.

Littlechild is a great leader

Littlechild is a great leader. What he is really saying here, though, is that he wants the feds to pay for those sports. Last time I checked, parents pay for sports for children, and there is nothing in treaties to suggest otherwise.