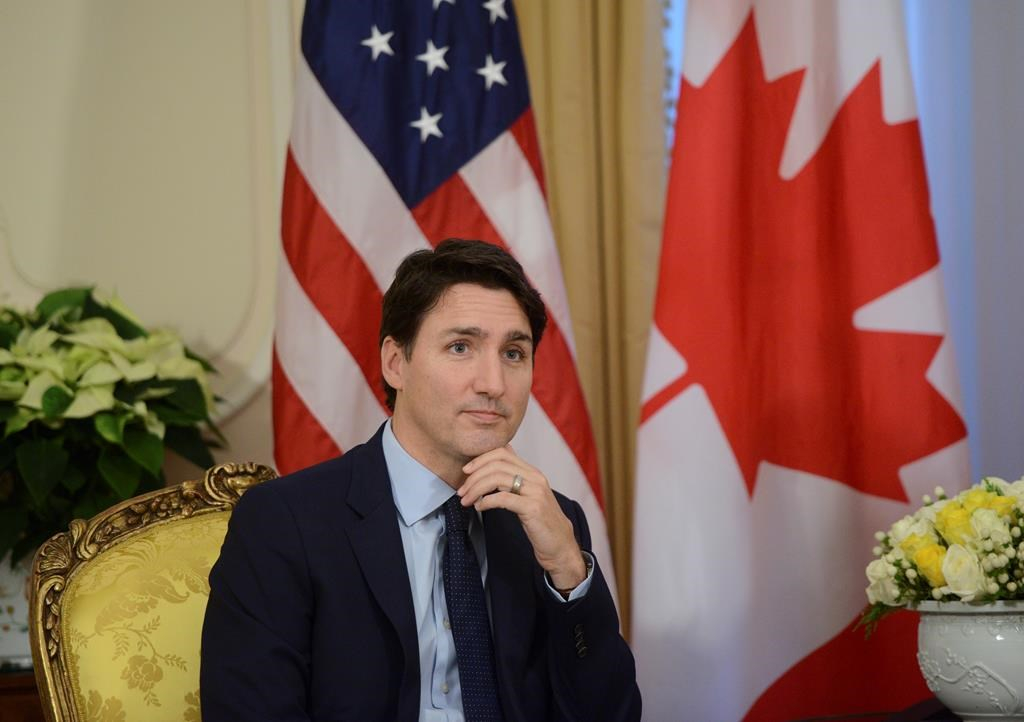 The Trudeau government is digging for intelligence on the role Canada's mining sector could play in providing the United States and other key trading partners with crucial minerals and metals — from cobalt to tellurium — considered building blocks of the new economy.

Natural Resources Canada plans to hire a British firm to provide pricing forecasts and analysis of global supply and demand between 2020 and 2030 for about two dozen vital minerals used in products like solar cells, permanent magnets and rechargeable batteries.

The move comes as Canada works on a joint plan with the United States to ensure reliable access to these minerals and foster future competitiveness of the U.S. and Canadian mining industries.

The effort flows from a commitment last June by Prime Minister Justin Trudeau and U.S. President Donald Trump to develop steady, secure supplies of so-called critical minerals in the face of China's dominance in much of the field.

Earlier this year, the U.S. commerce secretary issued a report that found America's heavy reliance on foreign sources of critical minerals created the potential for "strategic vulnerabilities to both our economy and military."

The report includes dozens of recommendations to address the deficit.

Of "particular interest" to Canada in the U.S. strategy are plans to secure critical minerals through investment and trade with allies, say internal briefing notes released to The Canadian Press by Public Safety Canada.

Canadian officials were quick to note that of the 35 mineral commodities deemed critical to the U.S., Canada was identified as a major import source for 13.

This includes U.S. dependence on Canada for all its imports of cesium, used for drilling fluids in the oil industry and in atomic clocks, and rubidium, which has applications including photocells and electronic tubes, point out the notes, obtained through the Access to Information Act.

Collaboration on critical minerals with Washington could attract investment to Canadian exploration and mining projects as well as spur job creation and economic growth in various industries, the briefing notes say.

In addition to being important ingredients of defence and security technologies and consumer electronics such as smartphones, critical minerals and related elements are key to green-economy innovations such as electric-vehicle batteries and renewable energy production and storage, the notes add.

"Basically China has a stranglehold on many of the key minerals and metals that you need for things like electrification and batteries and so on," said Pierre Gratton, president of the Mining Association of Canada.

Working with the U.S. could make it more cost-effective for Canadian companies to supply certain minerals and elements, Gratton said.

Potentially, Canada could enter into agreements that guarantee the U.S. will buy specific amounts of particular minerals at fixed prices, Gratton said. "And that creates the market conditions to develop some of those elements that (the U.S. is) currently not getting, or where they feel they're too vulnerable in terms of relying on the Chinese."

Australia, a significant supplier of rare-earth minerals, is also working with the United States on establishing reliable streams of needed commodities.

Ottawa seeks forecasting data that explores the extent to which production from Canada's mining sector "can fill any supply deficits and emerging demand" in the U.S. and where the greatest market opportunities lie, says the newly published Natural Resources notice on plans to award a $148,500 contract to London-based Roskill Consulting Group.

"The findings should also be assessed against the relative role other significant producing nations can play, such as Australia, in fulfilling the import needs of the United States and other key countries such as Japan and South Korea."

The group will continue talks in coming months to finalize the joint plan. Natural Resources Canada had no immediate comment on the plan's progress.

Just another ghoul, willing to dig up Canadian wild lands, destroy ecosystems and enrich the already obscenely wealthy "tech" entrepreneurs. And what will Canada get out of it? Pennies on the dollar if history repeats itself.

Our record is abysmal - allowing foreign entities to rape and pillage Canada's natural resources , allow them tor leave behind a trail of destruction without the slightest nod to repair, allowing them to escape taxes, to ignore health & safety for workers, to spread ruin and despair while they are in operation, leaving behind shattered ecosystems. shattered communities, shattered lives, while they slink away with their ill-gotten profits. This Trudeau strategy is more of the same old, same old. No lasting investment in Canada's economy or society - just outright thievery, enabled by the "short-stay" political pimps. Why has this Nation, once rich in resources never been able to escape the slavery and exploitation of the criminal extractors.?

It seems strange to me that

It seems strange to me that Canada, a miinig powerhouse, has no professional economic forecaster in the mineral exploitation field who can provide the intelligence the government has to go offshore to Britain to secure? It seems strange tome that none of these arrangements hit the news while NAFTA was being negotiated. If we are so willing and able to help the U.S. secure its suply lines how is it this did not factor into the negotiations. Why do successive governments of every political stripe sell out, at fire sale prices. Canada's non-renewable wealth.

The article quoting from various government sources, employs the buzzwords of "green economy" "responsibly and sustainably sourced " when there has never been either a responsible mining operation in Canada, nor is there anything sustainable about removing non-renewable resources in wholesale and reckless gold rush ways. The truth is, the pirates are at the door waving meretricious promises of wealth and good behaviour which we know to our cost they never fulfill. This is a worldwide phenomenon. The miners come in, they destroy and poison the land, they depart leaving behind the fumes and flames of hell.

Just how does this promote a green economy? If these mineral are so rare and costly why is there not a determined reclamation effort to recycle the important components in the millions of tons of elecronics we discard annually. This problem is cropping up in the solar energy sector as the current installations age out, serious waste managment and rare mineral recycling will have to take place. Now there is a growth industry worth investing in!

This whole discussion is entirely riddled with the truly unsustainable use and discard consumer economy. If humanity somehow survives, we will find ourselves mining, not virgin land but land fills!