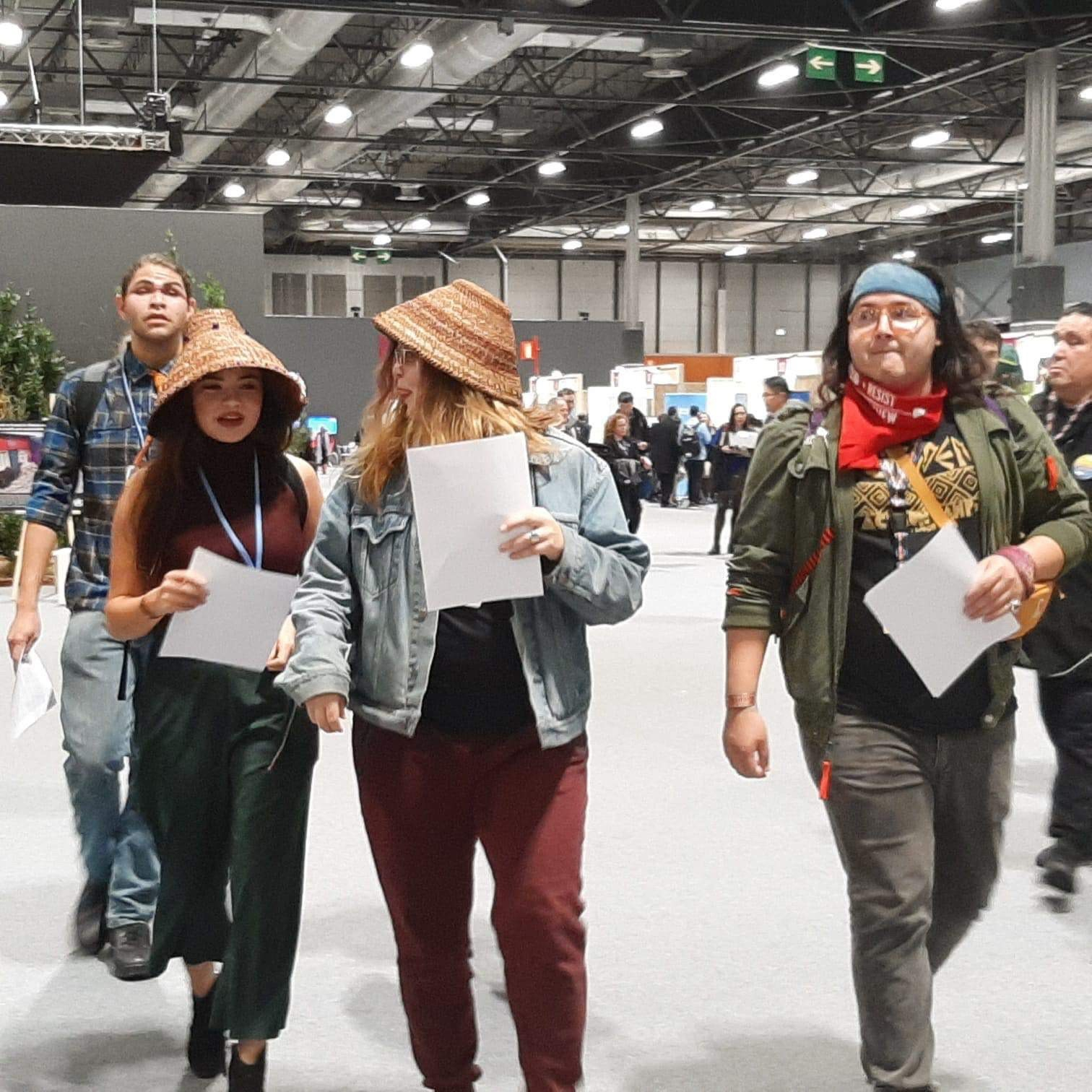 Indigenous groups are working to ensure references to human and Indigenous rights are included in Article 6 at the Conference of the Parties (COP) 25 in Madrid this week. Article 6 is the last article left to be negotiated from the Paris Accord, and it’s complex and contentious. It defines how countries will reduce emissions by using international carbon markets. If a high emissions country struggles to meet its emission targets, or nationally determined contributions( NDCs) it can purchase credits from a lesser emitting country or one that has excess credits, to balance it out.

COP participating states call it a win-win, but Indigenous groups are worried.

Indigenous Peoples want the text of Article 6 to be tailored so their rights aren’t trampled in the race to financially offset carbon emissions. The worry is that private sector and government interests could sweep in and cash in on Indigenous lands and territories - some of the last pristine areas on earth - which are vast and brimming with deep carbon sinks, areas that suck up CO2.

Representatives from the Indigenous Climate Action Youth delegation made up of Denesułįné, Cree, Coast Salish, Tla'amin and Nuu-Chah-Nulth Indigenous peoples, with the support of the USA SustainUs Indigenous youth delegation, hand-delivered a letter to the Canadian delegation at the COP on Thursday.

Citing Article 6 as disproportionately focused on market-based climate solutions lacking safeguards for human and Indigenous rights, the letter stated, “Carbon markets will further enable the colonial legacy of dispossession, privatization, violence against Indigenous women and girls, and destruction of Indigenous lands and culture for fossil fuel extraction. These extractive economies harm not only our communities but, on the ecosystems, that our Peoples have stewarded and relied on for generations.”

The group called upon the Government of Canada to act on its obligations as a signatory to the UN Declaration on the Rights of Indigenous Peoples when negotiating Article 6 wording.

“Plans are underway to place a financial value on carbon sinks and the earth's atmospheric carbon cycling capacity, ie. our forests, rivers, oceans, lands and territories and all that is sacred,” Deranger wrote on the ICA blog on Dec. 4 from COP 25. “Turning something sacred, unsellable, and invaluable into a commodity to be bought and sold by the big polluters and governments of the world to justify extending the life of the fossil fuel economy.”

Nigel Robinson, from Cold Lake First Nation in Alberta, is a signatory to the letter. He said adding Indigenous rights language would offer greater protections to Indigenous communities. Speaking about his home community of Cold Lake, Robinson is witnessing the effects of industry and changes to ecosystems there.

“We are seeing more tumors in our fish,” he said, adding that forest areas within the reserve are also succumbing to the oil and gas industry. “Indigenous People have always been at the forefront of climate change, so we need to be included in decisions that will affect us.”

Minister of Environment and Climate Change Jonathan Wilkinson spoke to National Observer via telephone before his departure for the COP on Friday. He said the federal government is an active supporter of Indigenous concerns at the COP and will work to ensure the Indigenous rights language is included in Article 6.

On Friday morning, Canada, along with Mexico and the United Nations Framework Convention on Climate Change Environmental Integrity Group, agreed to incorporate human and Indigenous rights into the text. However, it’s still facing opposition from India, Brazil, Russia and Saudi Arabia, said Assembly of First Nations Senior Policy Advisor Graeme Reed. He says Canada is ahead of the crowd when it comes to including Indigenous voices at the COP.

“This is an emergency. Hopefully our presence to support Canada here (at COP) and our efforts will make a difference, but we also need to call on Canada to do better.”

On Friday, Indigenous groups from around the world participated in the Fridays for Future climate march in Madrid that drew half a million people.

Deranger, along with ICA and other supporters, protested at the Canadian embassy in Madrid on Monday to bring attention to the Teck Frontier tar sands mine. The project, located less than 20km away from Deranger’s home community of Fort Chipewyan in northern Alberta, is slated as the largest tar sands surface mine proposed to date.

Indigenous youth and elders are warning that the mine would contribute 6 megatons of CO2e per year from production alone, directly compromising Canada’s ability to uphold the Paris Agreement.

The federal government will make a decision on whether or not to approve or reject Teck Frontier on February 20, 2020.