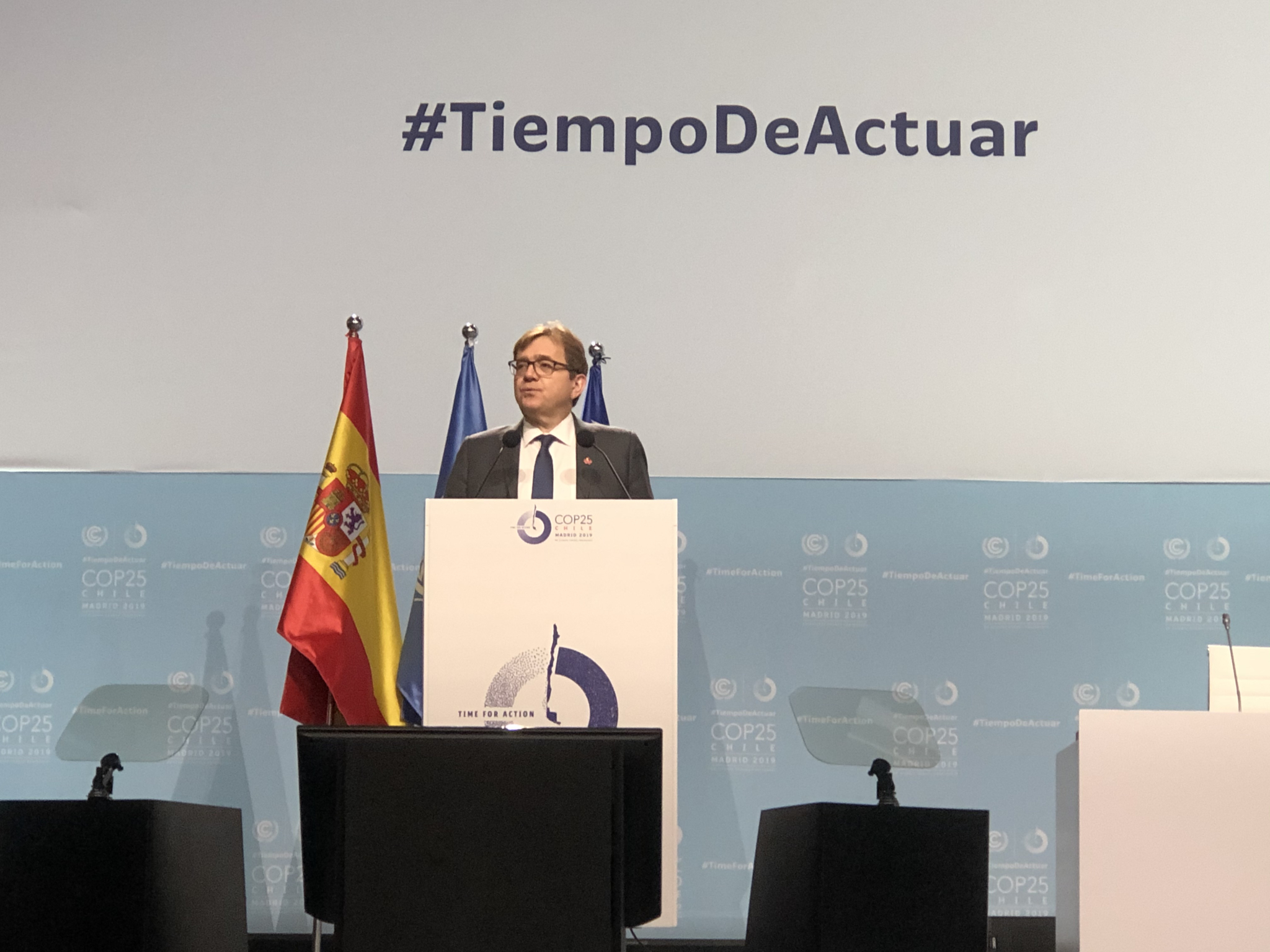 Climate advocates are applauding an international pledge by Canada to introduce legislation for net-zero carbon emissions by 2050.

Environment Minister Jonathan Wilkinson made the commitment in a speech at the opening of high-level negotiations at COP25 in Madrid on Tuesday.

“Net-zero legislation will change the conversation in Canada,” said Dale Marshall, national program manager for Environmental Defence. “Zero means zero. It sets a marker that we will no longer be using fossil fuels, so it becomes the lens for approving or rejecting projects and policies from now on.”

The 2015 Paris Agreement theoretically set countries on a track to net-zero greenhouse gas emissions by mid-century but the agreement only requires signatories to commit to voluntary targets. The Harper government set a 2030 target for Canada that was widely condemned as weak by environmental experts. The same target was carried forward by the Trudeau government.

In his address to COP25, minister Wilkinson pledged that Canada would introduce net-zero legislation “with milestones every 5 years paired with a just transition act to keep people at the centre of our policies." Wilkinson also promised "not only to meet our Paris target but exceed it."

In a written statement spokeswoman for minister Wilkinson, Moira Kelly, said the government is committed to getting to net zero emissions by 2050 as it is "in line with the science". Kelly said the government will appoint an expert panel to "help advise us on the best path to net-zero, and we have committed to legislating five-year targets to help get us there."

Catherine Abreu, Executive Director of Climate Action Network praised Canada for “sending all the right signals on long term climate ambition with legislated commitments, and a refusal to punch a hole through the Paris Agreement with bad market rules.”

Abreu criticized Wilkinson for not giving specific numbers for Canada's near-term targets. "He is missing one big important thing — a commitment to come to the COP with a new and improved 2030 Paris pledge," she said.

Climate advocates have been worried that the Madrid negotiations would get bogged down over carbon trading rules. Canada’s petroleum producers have been arguing the country should get credit for exporting fossil fuels like LNG to other countries. Even though it's at odds with global climate policy, the argument was picked up by Andrew Sheer during the recent federal election and has been promoted by Alberta Premier Jason Kenney.

Article 6 is the last outstanding issue in the negotiations to operationalize the Paris climate agreement. The negotiations in Madrid are scheduled to continue through Friday.

What is missing from Canada's

What is missing from Canada's position is a pledge to keep fossil fuels in the ground. The science says we need to stop building pipelines and oil sands projects now, and you cannot negotiate with science.