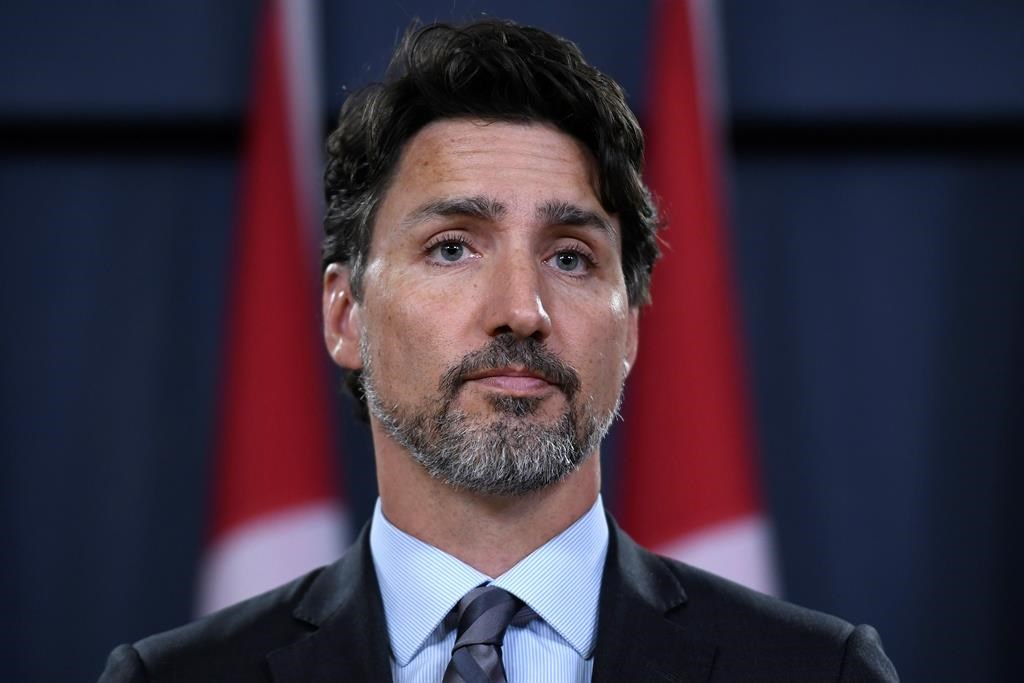 Prime Minister Justin Trudeau said Saturday that Iran must take "full responsibility" for shooting down a Ukrainian jetliner, killing all 176 people on board, including 57 Canadians.

He also called for an immediate effort to de-escalate the regional tensions that he says contributed to the "great loss of innocent life."

"This is a tragedy that should not have happened," the prime minister said at a news conference in Ottawa.

Trudeau said he was "outraged and furious" that so many Canadians are grieving because of Iran's actions.

"Shooting down a civilian aircraft is horrific," he said. "Iran must take full responsibility."

In addition to the 57 Canadian citizens on the plane, dozens more were bound for Canada, many of them students and professors returning after spending the December break visiting relatives in Iran.

Rouhani, who spoke with Trudeau over the phone Saturday, posted on Twitter that an Iranian military investigation concluded "missiles fired due to human error caused the horrific crash."

Rouhani said investigations will continue to "identify and prosecute this great tragedy and unforgivable mistake."

"My thoughts and prayers go to all the mourning families," he said. "I offer my sincerest condolences."

The admission came a day after Iran denied claims being made by Canada, Britain and the United States that the plane was shot down by Iran. Trudeau would not say Saturday if he accepted Iran's claim that the missile was fired accidentally, saying only an open and transparent investigation will show what really happened.

Trudeau said he told Rouhani in their conversation he expected Canada to be fully involved in the investigation including gaining access to the airplane's black boxes, and being allowed to participate in DNA identification of the victims. He also demanded consular access for Canadian officials to work with grieving families of Canadian victims in Iran.

Three officials from Global Affairs Canada landed in Tehran later Saturday to set up the first Canadian consular presence on the ground since the crash happened. Seven more diplomats and two investigators from the Transportation Safety Board were also waiting for visas to travel to Iran to help.

Canada severed diplomatic ties with Iran in September 2012, closing its embassy and recalling all diplomats. With no diplomatic presence, Italy and Turkey have been aiding Canadians in Tehran.

Trudeau said the admission of guilt is a positive sign Iran will "fully allow a credible, independent international investigation."

Elahe Machouf lost her longtime friend of Niloufar Sadr, 61, in the crash. Sadr was returning to Toronto after a visit with family.

Machouf called the missile attack "shameful" and "irresponsible," noting Iranians back home are "furious" with the government.

On Saturday night, hundreds gathered at universities in Tehran to protest the Iranian government's late acknowledgment of the plane being shot down. They demanded officials involved in the missile attack be removed from their positions and tried. Police broke up the demonstrations.

"We're very scared as well about what will happen to people who are protesting and demonstrating," Machouf said. "Will they also be shot down?"

The plane's downing came hours after Iran launched missile attacks at two military bases hosting U.S. troops in Iraq. Those attacks were retaliation for the U.S. killing of Iran's top general, Qassem Soleimani, in an American airstrike in Baghdad on Jan. 3.

A military statement delivered on Iranian state television said the civilian airliner was mistaken for a "hostile target" when it turned toward a sensitive military site belonging to Iran's Revolutionary Guard, an elite unit of the country's military.

Canadian Conservative MPs said Saturday Trudeau needs to list the Revolutionary Guard as a terrorist organization, and be prepared to impose sanctions on Iran if it fails to allow for a full international investigation.

Trudeau wasn't prepared to go down the sanctions road yet.

"I think there are going to be many conversations and reflections on consequences over the coming days and weeks," said Trudeau.

While admitting responsibility for its role in the plane crash, Iran's Foreign Minister Mohammad Javad Zarif still pointed some blame towards the Americans, saying on Twitter "U.S. adventurism led to disaster."

Trudeau would not say whether he blames the U.S. at all.

"The reality is there have been significant tensions in that region for a long time and what we are calling for now is a de-escalation to ensure that there are no more tragic accidents," he said.

Trudeau has spoken with a number of world leaders in the days since the crash but U.S. President Donald Trump has not been among them.

Ukrainian President Volodymyr Zelenskiy said Iran must issue an official apology and also called for compensation for the disaster. Trudeau also said compensation could be expected, noting families are facing financial hardship as a result of the deaths of their loved ones.

— With files from Christopher Reynolds in Montreal and The Associated Press.

This report by The Canadian Press was first published Jan. 11, 2020.

Trudeau calls on Iran to take