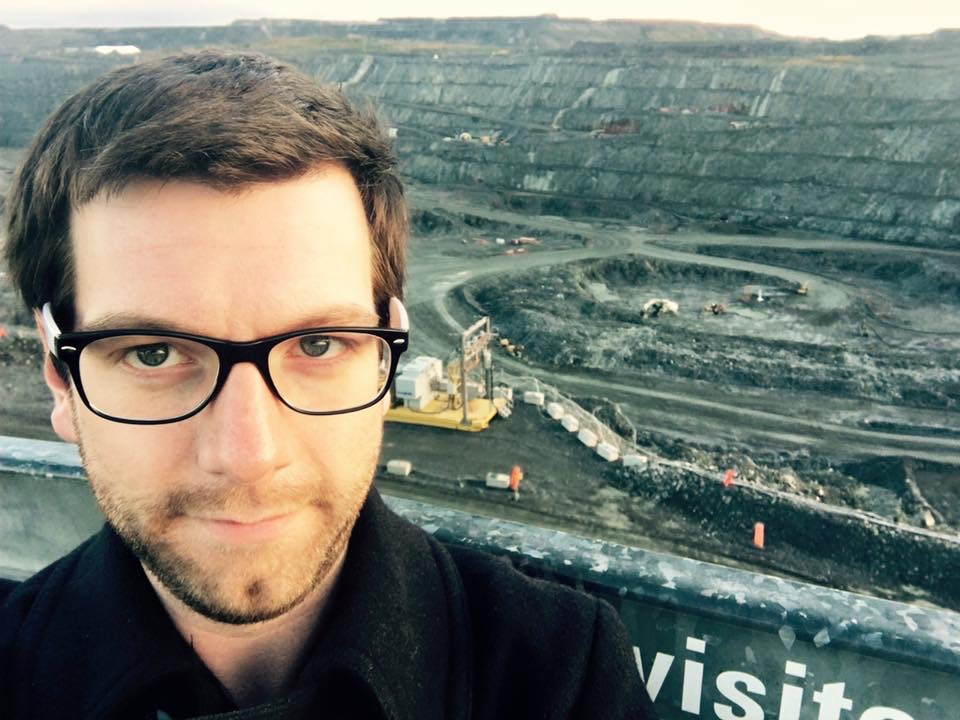 Alex Tyrrell, the eco-socialist leader of the Green Party of Quebec, has announced his candidacy to lead the federal Green party following Elizabeth May’s resignation.

He says he wants a Green New Deal for Canada.

The 31-year-old leader of the Quebec Green party has been on the job since 2013. He is both the youngest leader of a provincial political party in Canada and longest-serving head of his party to date.

“I want to really shake things up in Canadian politics. We need to have more outspoken environmental and social justice advocates working in party politics and the Green party is the perfect place for people like that to work,” Tyrrell said.

Inspired in part by the success of progressive environmentalist movements south of the border, Tyrrell thinks it’s time for a shift to the left in Canada — what he calls eco-socialism.

“The Green New Deal that I’m presenting is based on an analysis of the various Green New Deals that have been put forward, including the one by Alexandria Ocasio-Cortez,” Tyrrell said.

He thinks the Greens can overtake the NDP, and eventually the Liberals, by galvanizing the left-leaning vote through a more proactive agenda on climate change and social justice.

“I hope that Canadians are ready for a certain amount of change. They can count on me to deliver progressive change on the environment and on social justice if I’m given the chance,” he said.

Tyrrell won’t be stepping down from his role with the Quebec party in the aftermath of a petition launched in November 2019 demanding he resign — alleging dictatorial tendencies and mismanagement.

Tyrrell denies the charges and is proud of his track record.

Canada Green Party, here comes @AlexTyrrellPVQ, your new wannabe leader from Quebec. He means to shut down extraction and halt projects before they start.“As quickly as possible."

Tyrrell appointed shadow cabinet members Alice Sécheresse and Halimatou Bah as deputy leaders for the Green Party of Quebec and will reduce his workload with the provincial party during the federal campaign.

Tyrrell wants to put an end to extraction and his agenda is to halt fossil fuel and mining activities such as the Alberta oilsands and Teck's $88.5-million expansion in British Columbia “as quickly as possible.”

“What we’re calling for is a 10-year mobilization to eliminate our consumption of fossil fuels, so it’s a very quick energy transition that we’re talking about,” he said.

Tyrrell thinks Canada needs to implement a “Second World War-scale” mobilization to save the environment. “We were able to reorientate the economy towards war. We should be able to do the same thing for the environment,” he said.

One of the key points of Tyrrell’s Green New Deal is a high-speed electric rail that would link major Canadian cities. “We need to make huge investments in public transport,” Tyrrell said.

He wants urban public transport to be free in order to make it “more attractive than driving” in cities. “It’s a really important way to reduce our carbon emissions — to reduce our dependence on private vehicles,” he said.

Tyrrell says we also need to reduce consumption and that he has a plan. “One of the ways to do that is to implement an eco-tax so when you pay for something, you also pay the recycling and disposal fees that go with it.”

Tyrrell wants to see more decision-making in the hands of Indigenous people over their land. He wants Indigenous veto power over projects, such as in the Wet’suwet’en chiefs versus Coastal GasLink dispute.

“Autodetermination is a question of respecting what Indigenous people choose to do with the land. It’s a concept recognized under the (United Nations Declaration on the Rights of Indigenous Peoples),” Tyrrell said.

“It’s a question of making sure that First Nations have the rights and the legal capacity to make decisions that concern their territory. Right now, it’s not the case,” he said, adding that “Canada is a colonial state.”

Vision for the future

Having crafted the Green Party of Quebec to his liking, Tyrrell wants to take his vision further through the federal party, which he said would give the movement more of a voice.

“I think that what we’re doing in Quebec would catch on, on a larger scale, in the Green Party of Canada,” he said.

That means an unabashedly and exclusively left-wing, progressive platform.

Tyrrell has a BSc in environmental science and a technical diploma in mechanical engineering technology, which he says gives him an “understanding of environmental problems and technological solutions that can be applied.”

“Canada can be a leader on the world stage in renewable energy at a time when a lot of countries are going to be moving in that direction in the very near future,” he said.

The Green Party of Canada’s leadership election happens on Oct. 4.

How climate politics went mainstream in 2019