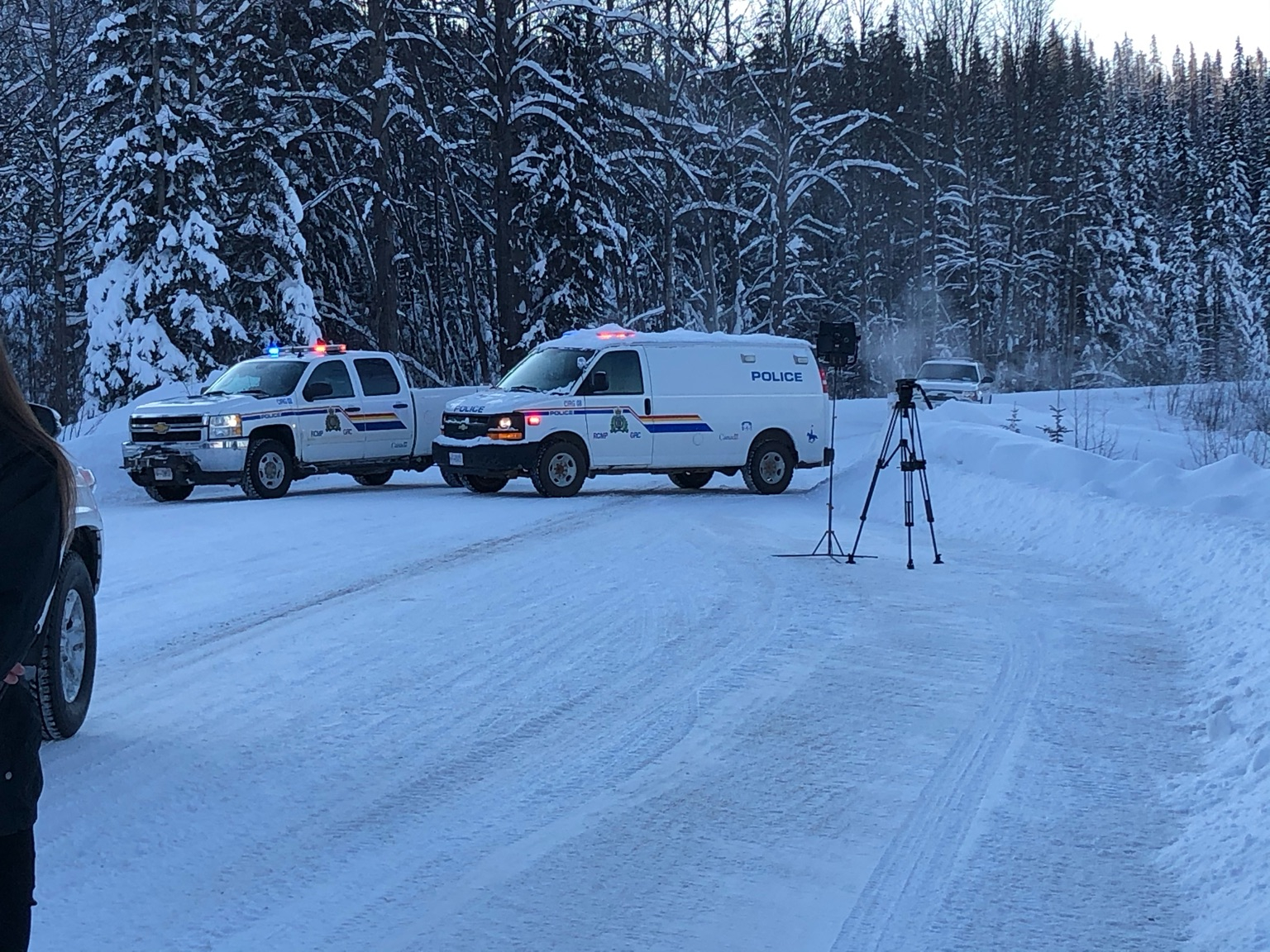 Members of the Wet’suwet’en First Nation have fought for many years to keep three pipelines from running through their land in northern B.C. At stake, the protesters say, is their way of life, their culture and their system of governance which was recognized by the Supreme Court of Canada in the landmark Delgamuukw decision in 1997.

I remember when the Wet'suwet'en first erected the Unist'ot'en Camp to uphold the clans' decision to prevent Enbridge, Chevron and TransCanada from building pipelines on their unceded lands in 2010. Tensions rose as they built a blockade and confronted workers who attempted to cross it, saying they had no permission to be on their territory.

Last December, a report by the Guardian newspaper sent shock waves across Canada. The Guardian said it had uncovered documents showing that the RCMP discussed shooting Indigenous clan members and supporters, all in the service of gas and oil. "Notes from a strategy session for a militarized raid on ancestral lands of the Wet’suwet’en nation show that commanders of Canada’s national police force, the Royal Canadian Mounted Police (RCMP), argued that “lethal overwatch is req’d” — a term for deploying an officer who is prepared to use lethal force.

Is this reconciliation? Hardly.

Is this making amends for residential schools, colonialization, the taking of lands and wealth? You bet it's not.

Shockingly, a tweet from the Unist'ot'en Camp stated today the RCMP has blocked roads for 27 kilometres leading up to the site, barring media from witnessing and documenting their actions.

"We do not want to see a repeat of last year’s behaviour, when the RCMP used an exclusion zone to block journalists’ access, making it impossible to provide details on a police operation that was very much in the public interest,” Canadian Association of Journalists president Karyn Pugliese said in a tweet.

Pugliese has it right.

Even without the Guardian's report of the RCMP's apparent willingness to use lethal force to remove people from the blockade, the RCMP should not be allowed to stop journalists from witnessing their actions.

B.C. Premier John Horgan: "UNDRIP tomorrow — not today."
*
This is Horgan's Scott Morrison moment. Like the Australia PM, Horgan is pushing fossil-fuel expansion in face of obviously dire climate change.
Now would be an excellent time for the B.C. Greens to show some backbone. Put Horgan's govt on the line. If he proceeds against the Wet’suwet’en, dissolve the coalition. Force a new election.
As long as B.C. is going to follow neoliberal policies, the B.C. Liberals may as well be in power. But progressive voters must send a clear message to the NDP. We won't accept this betrayal.
What have the Greens got to lose?
---------------------------
"Horgan says 'rule of law applies,' LNG pipeline will proceed despite protests" (Canadian Press: January 14, 2020)
A natural gas pipeline across northern British Columbia is vital to the region’s economic future and it will be built despite the objections of some Indigenous leaders, Premier John Horgan said Monday.
He said the courts have ruled in favour of the project and the RULE OF LAW will apply to ensure work continues on the Coastal GasLink pipeline, which would start near Dawson Creek and extend to an export terminal at Kitimat.
Horgan told a news conference the project has received approval from 20 First Nations along the pipeline route.
“We want everyone to understand that there are agreements from the Peace Country to Kitimat with Indigenous communities that want to see economic activity and prosperity take place,” he said. “All the permits are in place for this project to proceed. This project is proceeding and the RULE OF LAW needs to prevail in B.C.”
… Horgan’s government adopted legislation late last year to implement the United Nations Declaration on the Rights of Indigenous Peoples. It mandates the government to bring provincial laws and policies into harmony with the declaration’s aims of reconciliation with Indigenous Peoples.
The UN declaration says Indigenous Peoples have the right to self-determination, which means they can determine their political status and pursue economic, social and cultural development. It requires governments to obtain “free and informed consent” from Indigenous groups before approving projects affecting their lands or resources.
BUT HORGAN SAYS THE DECLARATION DOESN’T APPLY TO THE COASTAL GASLINK PROJECT.
“Our document, our legislation, our declaration is FORWARD LOOKING,” he said. “It’s NOT RETROSPECTIVE. We believe it will open up opportunities not just for Indigenous people but for all British Columbians.”
https://calgaryherald.com/pmn/news-pmn/canada-news-pmn/horgan-says-rule-...

Someone needs to remind him

Someone needs to remind him of his election promises. And to point out that the First Nations people are not only capable of speaking for themselves, their own wants, wishes, and demands, but they have been doing so clearly and unequivocally for over a decade now. They want clean air, land and water: not "opening up of opportunities."
How about Green Economy opportunities?
As far as forcing an election goes ... you want Christy Clark back?
But I believe in BC the premier, just as any member of its provincial parliament, can be recalled.
I think that results in a by-election ... and it'd be a new premier without risking backing up into what got BC where it is in the first place.

Our wee co-op has also made such a statement:
http://ecoreality.org/wiki/Statement_in_support_of_the_Wet%27suwet%27en

Do you belong to a church group, charity, civic organization, or serve in local government? Your group is invited to do so, as well!
http://unistoten.camp/support-us/solidarity-statements/

This whole thing is wrong on so many different levels. The Wet'suwet'en is reporting that the RCMP is blocking shipments of food to their camps, during a bitter cold snap! "Starve them out" That thinking is so 1876. It is immoral.

1884 letter from ancestors of

1884 letter from ancestors of today's hereditary chiefs to Victoria, trying to educate the invaders about how wrong they are. https://kerrycoast.wordpress.com/2017/12/11/the-best-of-all-titles-gitwa....

'Only' 135+ years later, and the bully boys haven't learned a damned thing, except their illegal, immoral ways work, with the three pillars of supposedly civilized society -- legislative, judicial, and enforcement agencies -- all on side. They have no shame, while Canada's global shame grows and deepens.

What I find astounding is

What I find astounding is that despite having access to all the same information you and I have, the intransigence of their "superiority mindset" continues.
I can't help but think that on some level, they believe, as Bolsonaro in Argentina expressed today about the Amazonian tribal peoples, that they are, literally sub-human -- though he observed that "some are evolving and are becoming fully human, like us."
Now if Mr. Trudeau wants to pursue regime change somewhere in South America, I'd suggest he leave Venezuela and their elections to the Venezuelans, and take a look at Mr. Balsonaro's excesses. But then again, could he possibly recognize his own actions as being the same, as long as they're not made explicit in speech?
I'm getting used to feeling ashamed to be Canadian.