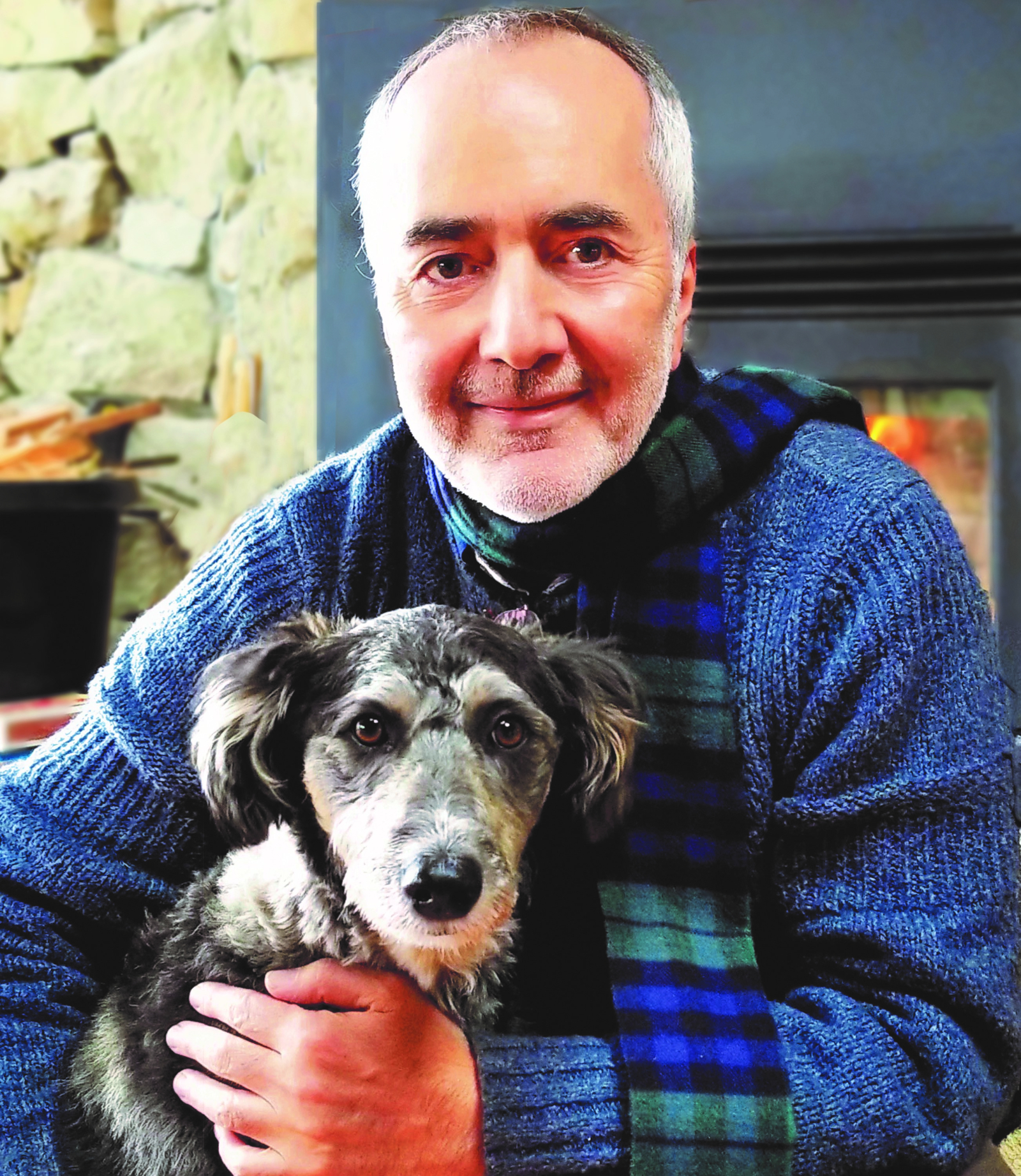 "Climate change is the defining issue of our time. Science tells us that on our current path, we face at least 3 degrees Celsius of global heating by the end of the century. I will not be there, but my granddaughters will. I refuse to be an accomplice in the destruction of their one and only home."

As a longtime advocate for children and the Earth, in this year when my song “Baby Beluga” turns 40, I feel I must speak out for the sake of my beloved fans, the “beluga grads” and their kids, on the climate emergency we all face.

People live with faith that one day will lead to another, that their future lives are not in question, that their kids can imagine adulthood. For many, that’s getting increasingly difficult. As New York Yankee catcher Yogi Berra said, “The future ain’t what it used to be.” Humanity’s future is in jeopardy.

Australia is burning in unprecedented megafires. Its climate-denying government just mobilized a military response. And their summer’s extreme heat will likely bring more devastation and an even greater deployment of military support.

As we run out of time to respond to the existential climate emergency our world faces, I’ve run out of patience. Since 1989, when I first learned about the global warming danger, I’ve done my best, in songs and essays, to rouse people to action. In a 2011 essay The Right To A Future, I wrote, “Nobody can guarantee a future, but who has the right to steal it?” During the 2019 climate strikes worldwide, young people all over the world were repeatedly protesting their stolen futures.

Given the failure over the last three decades to mount effective action against global warming, given the recent failure of the UN COP25 climate conference in Madrid, and given the 2018 IPCC Report directive to reduce GHG emissions in half by 2030, I am now adding my voice and support to those who recognize the urgent need for nothing less than a wartime response to the climate emergency — a massive mobilization of clean energy resources in order to make unprecedented annual GHG cuts, year after year. And I am calling this massive new effort by a solemn name: “Climate World War 3.”

We have 10 years to secure the future. To do what’s never been done before.

In a 2016 essay, A World At War, author and climate activist Bill McKibben wrote: “It’s not that global warming is like a world war, it is a world war. And we are losing.”

"In 2030 I will be 82 years old. I want to feel, looking back, that during the decade of the 2020s I did all I could in the effort to stabilize global climate to secure our children’s future."Raffi Cavoukian

Both World War 1 and World War 2 pitted nation against nation, resulting in tens of millions killed and wounded and populations traumatized. The Climate WW3 I speak of here is entirely different: This is a truly global war, a co-operative multinational effort to safeguard the right of the world’s children to a stable climate, and to speed the transition from fossil fuels to clean renewable energy. Climate WW3 involves a wartime mobilization fueled by love. For all that we hold precious.

In Canada, MP Elizabeth May has been a longtime climate crusader and in a recent stirring speech in Parliament had this to say: “I’ve had a ringside seat, Mr. Speaker, to decades in which we could have arrested climate change before our glaciers were melting, before we were losing the Arctic, before our forests were on fire...we had a chance in the 1990s and we blew it.”

Who’s to blame? There’s plenty of blame to go around. Politicians and governments have played deaf, dumb and blind to the climate science warnings from a number of sources, including the Union Of Concerned Scientists, who issued clear calls to contain climate change before it grew impossible to do so. Decades ago, the oil and gas giant Exxon knew of the possible catastrophic impacts of global heating and the greenhouse effect. They withheld the information, spent millions to cover it up and deceived the public.

How do we want to feel in 2030? What might we regret? What will we applaud?

In 2030 I will be 82 years old. I want to feel, looking back, that during the decade of the 2020s I did all I could in the effort to stabilize global climate to secure our children’s future. I want to feel that I helped fight the impending climate catastrophe with all my might.

As a climate emergency responder, I hereby enlist myself in Climate WW3, a war of survival against runaway climate change — a 10-year campaign, a decade-long war.

In the fall of 2019, an estimated 7.5 million people in over 150 countries took part in climate strike rallies. I recorded the rousing song “Young People Marching” to commemorate the Fridays For Future movement that the brave young Greta Thunberg made popular. This Is Zero Hour co-founder Jamie Margolin of the U.S. and climate striker Leah Namugerwa of Uganda are two other teen leaders in a rising tide of youth voices shouting in unison, “Save our future!”

At the UN Climate Summit in September 2019, Greta Thunberg’s emotional “How dare you!” speech had me in tears. Its moral truth is undeniable: “The eyes of all future generations are upon you. And if you choose to fail us, I say, we will never forgive you.”

In both Canada and the United States, World War 2 brought sweeping government mandated changes to the economy. Civilian factories were ordered to change their output to military hardware: airplanes, tanks, munitions. Rationing of goods was mandated, and a steady stream of public service announcements extolled the virtues of sacrifice for the war effort. It was a massive undertaking and a huge success. (McKibben’s essay is full of detailed numbers on the dollars spent and the production output.)

This year, pressure on elected leaders will grow to a fever pitch. The U.S. presidential election may herald a total reversal of the climate denial of past years. Green New Deal legislation has already been proposed for the Congress to transform the economy.

Facing The Climate Emergency, a book by Margaret Klein Salamon (founder of ClimateMobilization.org), is one of several notable climate books due this year. Klein Salamon encourages us to feel the fright of the climate peril, so that we can effectively rise to meet the threat. She urges us to live in “emergency mode.”

Living in a Long Emergency

Enlisting in Climate WW3, we’re in for the long haul. As we pressure elected officials to enact World War 2-style climate mobilization, we’ll be living in two streams: daily life and emergency mode. At home, school and at work, we’ll talk and share. We need age appropriate dialogue with kids and climate education in the school curriculum.

Whatever our consciences bid us to change in our personal lives to lower our own carbon footprint, this must be amplified by our actively calling for systemic change. Just as groups of friends and entire families are going on climate strikes, they can also make their views heard in other ways.Emails and calls to the regional and federal offices of our elected officials is essential. A count is kept of how many contact them and why. You do have some influence, provided you act.

For a vision of a restorative future, The Raffi Foundation For Child Honouring offers an online course in Child Honouring, based on nine principles for conscious living. Among them are Diversity, Sustainability and Ethical Commerce. One way to feel empowered is to take the course, get energized and become a changemaker.

This year as we celebrate Baby Beluga’s 40th anniversary, join me — make a vow to do your utmost to help win Climate WW3 and secure the future. Enlist today.

I'm not sure WWII presents

I'm not sure WWII presents the best analogy. The mobilization it spurred also spurred the oil, coal and gas-fueled postwar expansion that filled the atmosphere with carbon dioxide. Rather than gearing up to produce more, we need to gear down, not just for the limited duration of a war against a clearly defined enemy, but from here on in forever.

Well, I can't think of better

Well, I can't think of better example of a successful society-wide policy-level mobilization in living memory, can you?

Surely we know why

Surely we know why governments have achieved so little. It's not just that everything we do has been fueled by fossil fuels.......its that everything we do has been ramped up by neoliberal globalist fantasies of unlimited resources, endless buying and selling, expanding export markets and extractivism of every valuable resource for the global 'wealth creation' form of unregulated capitalism. Stopping that is going to take all of us reconsidering what makes us happy, what gives us pleasure, and what skills we have developed by living.

As for me and my house, solar is doable......electric vehicles are more than affordable, local economies make better ice cream, vegetables and art, gardening is good exercise, tents are fine for vacations, cooking from scratch is creative..........and working for candidates who don't have corporate backing, but who are smart enough to understand climate change is exhilarating..

A bonus: Calling people like Kenny, Ford, Conrad Black and the journalistic hacks of msm the climate criminels they are....when their actions warrant it, is better than yoga for liberating the breath. Let's get out there and speak, act, implement. We've left it very late.

I agree with you Mary. I

I agree with you Mary. I retired a couple of years ago. I am trying to become self sustainable ASAP. The crisis is happening faster than ever. I am looking for a sponsor to help me install an electric charger & solar panels & electric car. The result would END my enormous volunteer contribution to gasoline. [email protected]

WWII tactics could be key to combating today’s climate crisis