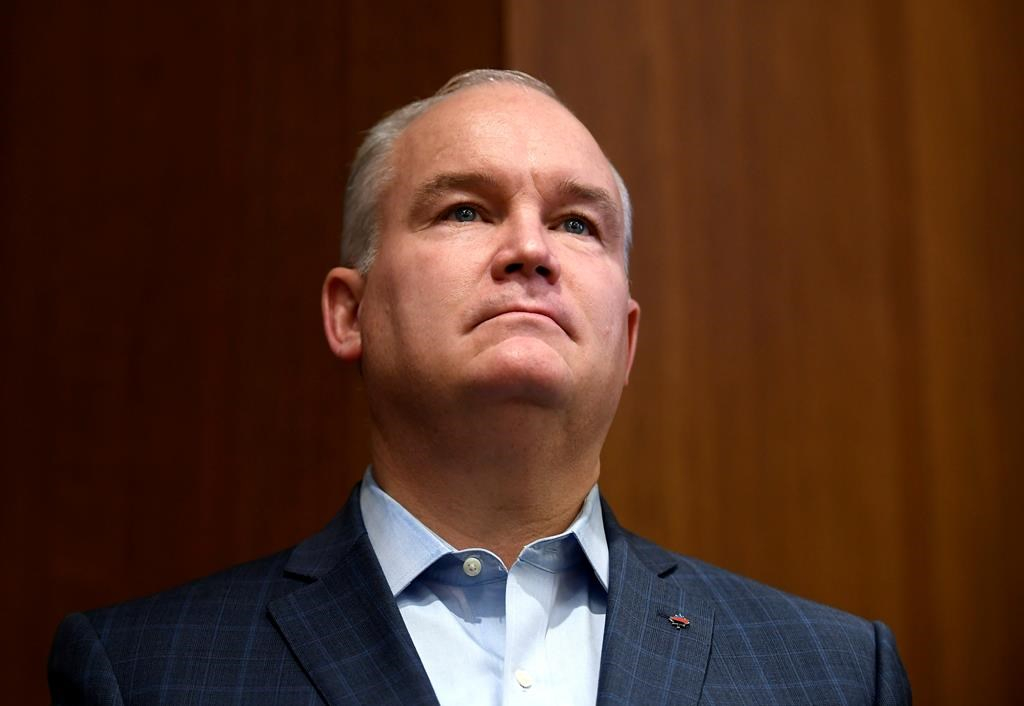 Ontario MP Erin O'Toole is expected to lay out his vision for the federal Conservative party and why he's the one to run it in an online video being released today that officially kicks off his second attempt to become Conservative leader.

The video will be posted while O'Toole meets with party members in the Conservative heartland of Alberta, whose fury at the federal Liberals saw that party shut out of winning a single seat in the province in the last federal election.

But the failure of the Conservatives to shut the Liberals out of government entirely led to Andrew Scheer announcing last month he'll resign his post as party leader once his replacement is chosen.

O'Toole finished third in the 2017 leadership race, his supporters effectively putting Scheer over the top to clinch the victory over Maxime Bernier.

Bernier later left the Tories and formed the People's Party of Canada, but he failed to win even his own seat in the October election.

He's been sniping at the Conservative leadership race from the sidelines, most recently going after former Conservative cabinet minister Peter MacKay's leadership plans, which were officially unveiled on the weekend, calling it a "platitude fest."

MacKay and O'Toole are now likely front-runners in the race after last week saw several other potential heavyweights decide not to run, including former Quebec premier Jean Charest, former interim Conservative leader Rona Ambrose, and current MP Pierre Poilievre, who was supposed to launch his campaign Sunday but quit at the last minute.

Others who have officially announced their intention to run include two other Ontario MPs, Marilyn Gladu and Derek Sloan.

O'Toole represents the riding of Durham, an area that's increasingly becoming a bedroom community for Toronto.

After spending years as a lawyer, he came to the House of Commons in a 2012 by-election. He became Veterans' Affairs minister in 2015, and was credited with easing major tensions between the Conservative government of the day and the veterans' community by drawing in part on his own background serving in the Royal Canadian Air Force.

His leadership platform for the 2017 vote included a marquee promise to increase the basic personal tax exemption for Canadians in their first three to five years out of school, as well as a pledge to increase defence spending to meet the NATO target of 2 per cent of GDP and a new trade and security partnership between Canada, the U.K., Australia and New Zealand.

During that race, he had the support of dozens of members of the Conservative caucus, but several are now endorsing MacKay.

Conservative party members will elect a new leader on June 27.

This report by the Canadian Press was first published Jan. 27, 2020.