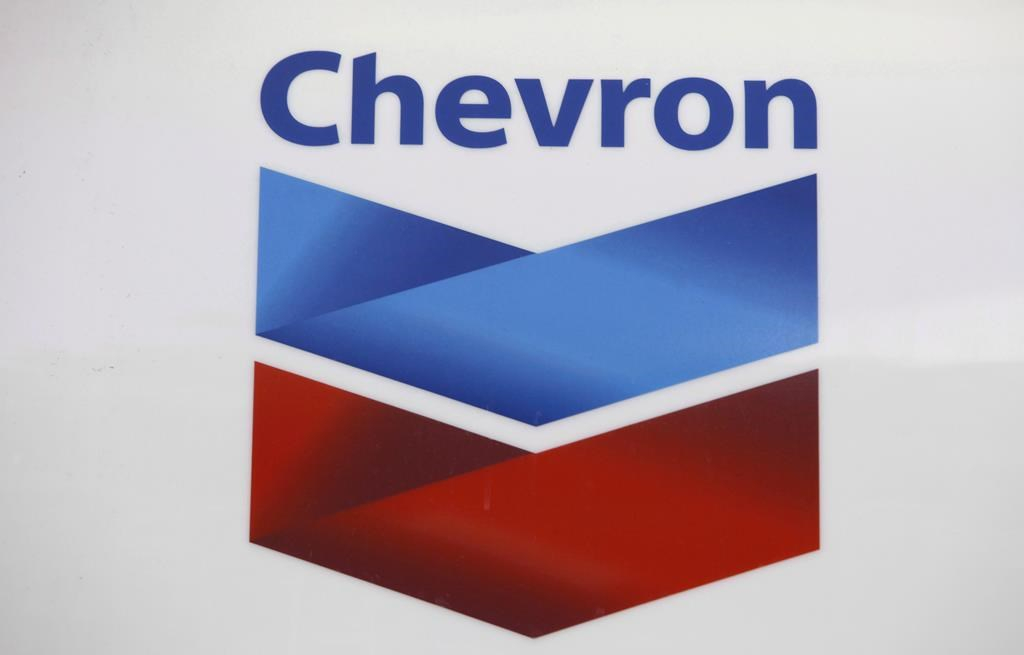 A Chevron logo appears at a gas station in Miami on July 25, 2011. File photo by The Associated Press/Lynne Sladky
Previous story

The decision by Chevron Corp. to try to sell its 50 per cent stake in the Kitimat LNG project on the B.C. coast throws a symbolic dash of "long-dated cold water" on growth in the Canadian natural gas industry, an analysis says.

The California-based company announced the potential sale in its 2020 budget, adding it would also cut funding to gas-related ventures including Kitimat LNG and its shale gas fields in the northeastern United States.

It also announced a charge of at least US$10 billion against its assets because of expected lower long-term prices for oil and gas.

"With (Tuesday’s) budget, Chevron threw some long-dated cold water on the Canadian gas macro, as the company announced they are reducing funding for the Kitimat LNG project," said analysts at Tudor Pickering Holt & Co. in a report Wednesday.

"While we don't think investors were baking in any long-term gas demand related to the project, any advancements likely would have been well received."

The analysts pointed out Chevron has access to about 100 million cubic feet per day of gas production to supply the proposed project to super-cool and ship out as much as 2.3 billion cubic feet of gas per day.

Chevron's move is the latest in a string of setbacks for B.C.'s nascent liquefied natural gas industry which once boasted nearly 20 proposed projects with the implied promise of a new higher-priced export market in Asia for Western Canada's abundant natural gas resources.

Chevron is not the first company to want out of Kitimat LNG — it bought its 50 per cent stake from Calgary-based Encana Corp. and Houston-based EOG Resources, Inc., in December 2012.

In the same transaction, Houston-based producer Apache Corp. raised its stake in Kitimat LNG from 40 per cent to 50 per cent. But two years later, under pressure from activist investors, it sold that stake to Australian Woodside Petroleum Ltd., which remains Chevron's partner.

Malaysian energy giant Petronas cancelled its Pacific NorthWest LNG project in 2017 and later joined the Royal Dutch Shell-led $40-billion LNG Canada project, which remains the only project under construction after being green-lighted in 2018.

Earlier this month, the Canada Energy Regulator approved a 40-year licence to export natural gas for Kitimat LNG, doubling its previous licence duration and nearly doubling the potential output of the facility to 18 million tonnes of liquefied natural gas per year, a substantial increase over the previous 10-million-tonne licence which was set to expire at the end of this year.

Chevron said its decisions are part of its global portfolio optimization effort focused on improving returns and driving value.

"Although Kitimat LNG is a globally competitive LNG project, the strength of Chevron Corp.'s global portfolio of investment opportunities is such that the Kitimat LNG Project will not be funded by Chevron and may be of higher value to another company," Chevron said in a statement.

"Chevron intends to commence soliciting expressions of interest for its interests in the Kitimat LNG Project. No timeline has been set to conclude this process."

The company said it would continue to work with Woodside and government and First Nations partners during the process.

This report by The Canadian Press was first published Dec. 11, 2019.

Companies in this story: (TSX:ECA)