Humanity under threat of "perfect storm" of crises 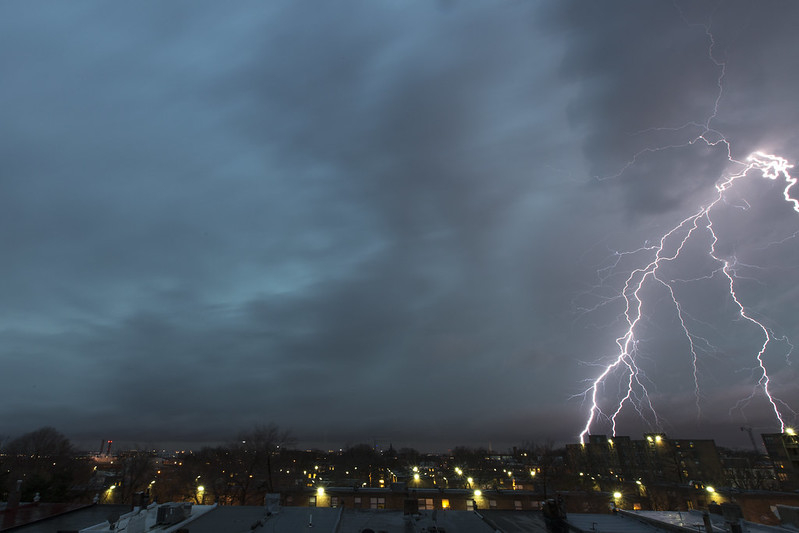 The world is facing a series of interlinked emergencies that are threatening the existence of humans, because the sum of the effects of the crises is much greater than their individual impacts, according to a new global study.

Climate breakdown and extreme weather, species loss, water scarcity and a food production crisis are all serious in themselves, but the combination of all five together is amplifying the risks of each, creating a perfect storm that threatens to engulf humanity unless swift action is taken.

The links among the crises are clear in many cases, but the methods the world has chosen to try to solve them do not take account of these connecting factors. For instance, extreme heatwaves can add to global heating, because they release vast amounts of stored carbon from affected ecosystems, in a feedback loop. It has been seen clearly in the Australian bushfires, which are already contributing significantly to the store of carbon in the atmosphere.

The links do not stop there: as the heatwaves damage natural ecosystems, killing off wildlife and flora, they also lead to greater water scarcity, and in turn damage agriculture. These combined effects exacerbate the harm done to people struggling with food and water shortages, in a vicious cycle.

Faced with these crises in nature individually, it could be possible to fix the problems causing them. But confronted with multiple interlinked emergencies that in combination amplify one another’s impacts, people are facing unprecedented dangers and many communities cannot cope.

The report, which took the form of a survey of 222 leading scientists from 52 countries, conducted by the international sustainability network Future Earth, found that the responses to these emergencies by governments, civil society, business and institutions did not recognise their interlinked nature. Trying to solve the problems individually, without taking account of the “cascading” impacts, was likely to be ineffective, the scientists said.

More than a third of the scientists surveyed said the five crisis types would worsen one another “in ways that might cascade to create global systemic collapse”.

While the risks are amplified when they are connected, so too are the solutions, however. Whenever action is taken to remedy environmental problems, the benefits also cascade: for instance, nurturing wildlife and flora in a wetland can also reduce water pollution and soil erosion, and protect crops against storm damage, alleviating water scarcity and allowing for more food production.

“Despite the ubiquity of connections [between these looming crises] many scientists and policymakers are embedded in institutions that are used to thinking and acting on isolated risks, one at a time,” the report says. “This needs to change, to thinking about risks as connected.”

Amy Luers, the executive director of Future Earth, said: “2020 is a critical time to look at these issues. Our actions in the next decade will determine our collective future on Earth.”

The authors of the report urged a change in the way risks were handled: “We call on the world’s academics, business leaders and policymakers to pay urgent attention to these five global risks, and to ensure they are treated as interacting systems, rather than addressed one at a time in isolation.”

The report also warned of social problems that scientists identified as potential major risks for the future. These included the rise of populism and fake news, trends in migration and the rise of artificial intelligence.