What's it like to be quarantined in Canada? Not too shabby 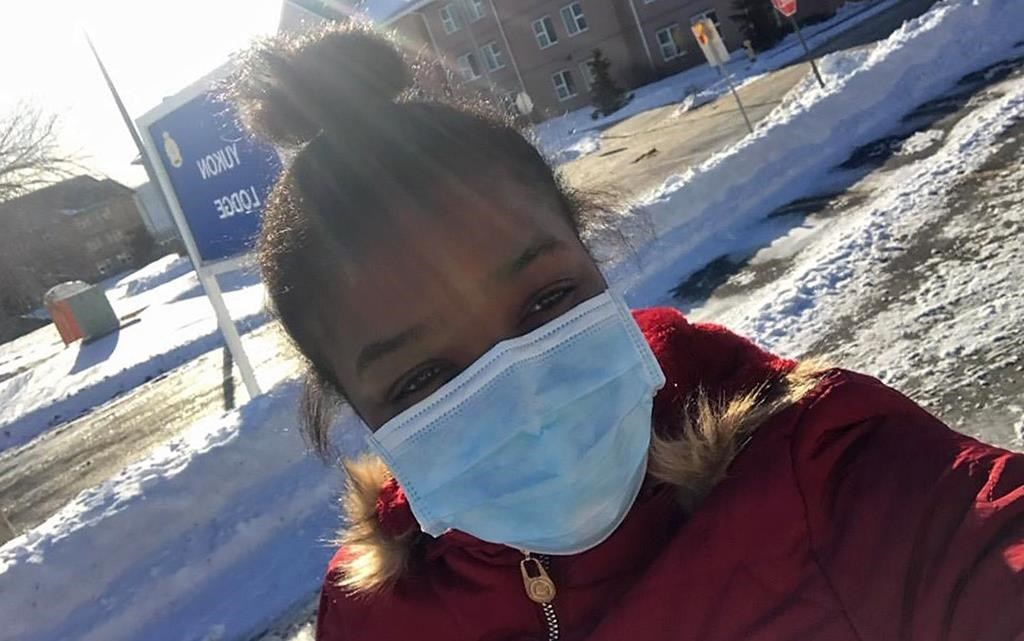 Myriam Larouche takes a selfie while out for some fresh air at Yukon Lodge, at Canadian Forces Base Trenton, Ont. on Monday, Feb. 10, 2020 in this handout photo. Handout photo by Myriam Larouche
Previous story
Next story

It's the little luxuries that make all the difference to Myriam Larouche.

Back in the central Chinese city of Wuhan, the Canadian graduate student said she felt trapped in her dorm room. The TV served as one of her only windows into the outside world, said Larouche, and even then, she struggled to make sense of the local news because she doesn't speak much Mandarin.

By comparison, Larouche said life under quarantine at Canadian Forces Base Trenton in southern Ontario is not too shabby.

Larouche is among 213 Canadians who were flown in Friday from Wuhan, the Chinese epicentre of the novel coronavirus outbreak, to undergo two weeks of quarantine at the army base.

Since settling in late last week, Larouche said she's been enjoying the comforts of home, from English-language TV news she plays on a loop, to the freedom to roam the base and fraternize with fellow evacuees — from a medically prescribed two-metre distance.

"It kind of feels like summer camp," the 25-year-old from L'Ascension, Que., said Monday. "Everybody's so happy to help us, to see us safe and relieved and free. That makes all the difference."

None of the evacuees at CFB Trenton have shown symptoms of the virus, a Health Canada spokeswoman said Monday.

Larouche said her private room at Yukon Lodge, a motel on the base, comes with your standard amenities — two beds, a fridge, a microwave, a TV and an ensuite bathroom.

Meals are delivered straight to her door, she said. For lunch Monday, she was served chicken with vegetables and rice, as well as a smattering of snacks.

Housekeeping is perhaps more thorough than your average inn, she said, with cleaners coming in regularly to "sanitize" her room.

She said health workers visit her twice a day to check her for symptoms of the new coronavirus.

Larouche keeps herself busy by catching up on homework, chatting on the phone with friends or going outside to get some fresh air.

The company of other Canadians staying at the base has been a welcome relief from the isolation she felt waiting in Wuhan, said Larouche. And despite coming from different backgrounds, she said the evacuees have bonded through their shared circumstances.

"Even though we've never met, or we don't know each other, we still can talk and have good conversations because we all left the same thing," said Larouche.

"We all share the same feelings right now. We all know what everybody's been through. It makes things easier to understand."

Champagne said there was room for about 200 passengers aboard the flight from Wuhan.

However, the latest batch of evacuees may not receive the same modern accommodations that Larouche reviewed so favourably.

Canada's chief public health officer, Dr. Theresa Tam, said some of the new arrivals will be lodged in Hastings Hall, a historic building typically used as officers' quarters that was built in 1934. Each room has its own sink but washrooms are shared and will need to be cleaned frequently to make sure quarantine protocols are followed, Tam said.

About 11 million people are currently under quarantine in Wuhan, where the new coronavirus is believed to have originated.

Health authorities have documented seven confirmed cases in Canada of the illness, known as 2019-nCoV.

There have been more than 40,000 cases reported in mainland China, with a death toll of 908.

Coronavirus: Canada standing by and ready to help China