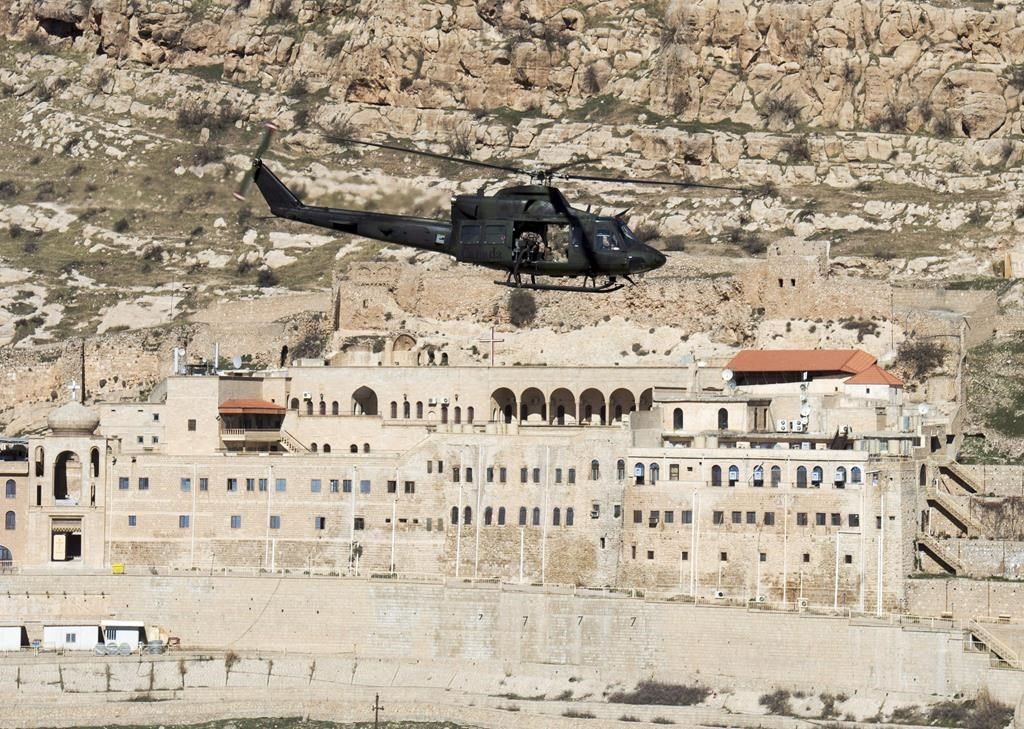 Defence Minister Harjit Sajjan was hailing Thursday the Iraqi government's decision to let NATO stay in the country even as many Canadian troops remained on lockdown.

The non-binding demand followed the U.S. killing of Iranian Maj.-Gen. Qassem Soleimani near the Baghdad airport. It cast uncertainty over the future of not only the NATO mission, but the entire international effort against the Islamic State of Iraq and the Levant.

"As you know, we from the beginning stated that we wanted a resumption of the mission as quickly as possible because we felt that was extremely important," Sajjan told The Canadian Press in an interview from Brussels. "This is obviously a positive development."

Yet questions abound as to what comes next, including when the NATO mission will resume. The mission was suspended due to security concerns after Soleimani's death, with some Canadian troops moved to neighbouring Kuwait.

Sajjan suggested the mission remains suspended over security worries and political uncertainty, and that discussions are underway to determine when the training mission, which includes 250 Canadian soldiers, can resume.

In announcing the Iraqi government's decision on Thursday, NATO Secretary-General Jens Stoltenberg also revealed that the alliance had agreed to expand its efforts in Iraq. The expansion follows U.S. President Donald Trump's call for NATO to do more in the Middle East.

While the plan now is to move hundreds of trainers working with the U.S.-led coalition fighting ISIL over to the Canadian-led NATO mission, Stoltenberg and Sajjan were extremely vague on details as discussions among the various parties are still ongoing.

Unlike the U.S.-led coalition mission, NATO’s training effort does not involve combat.

Sajjan did indicate that a group of military engineers who have been training Iraqi forces on how to disarm explosives through the U.S.-led coalition could be rolled into the NATO mission. But he would not speculate on the future of the roughly 200 Canadian special forces in Iraq.

The minister did suggest, however, that the size and scope of Canada's overall efforts in Iraq will remain largely unchanged.

"I wouldn't talk about more or less troops," he said.

"The way we have set up our mission, we make decisions based on the current situation on the ground. And we were doing quite a bit based on the needs. So even if we were to go down with NATO taking on greater capacity-building roles, the needs are still the same."

When asked Thursday if he had received pledges from other NATO allies to do more so the U.S. could reduce its personnel in Iraq, U.S. Defence Secretary Mark Esper said “the short answer is yes.” He declined to provide details.

Stoltenberg also provided no details about how many troops might be added to the training force or what new activities they might eventually undertake. More could be made public after he meets top officials in the anti-IS coalition in Munich, Germany on Friday.

Officials have said “a couple of hundred” troops would change roles. The first step would be to expand the training at three bases in central Iraq. A second step, possibly over the summer, would see the mission’s mandate changed to take over more activities currently handled by the coalition.

Esper said the ministers have “asked NATO’s military leaders to consider what more the alliance could do to assist the Iraqi security forces."

This report by The Canadian Press was first published Feb. 13, 2020.