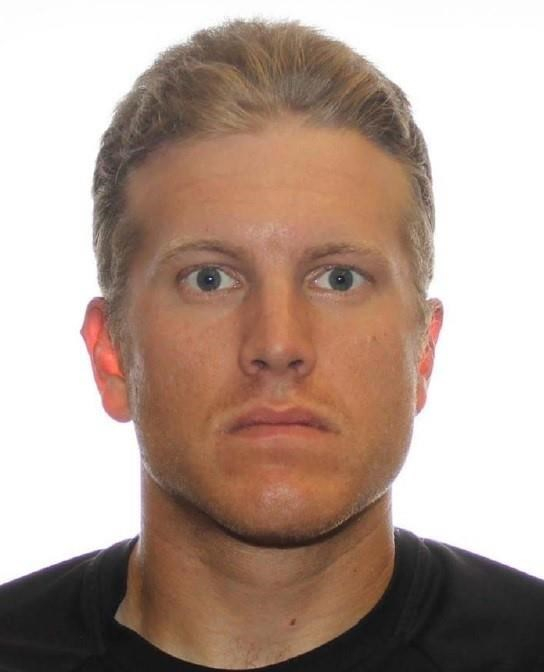 RCMP say a Manitoba army reservist accused of being a member of a neo-Nazi group has gone missing. Master Cpl. Patrik Mathews, shown in this undated RCMP handout photo was reported missing to police on Monday, August 26, 2019. Handout photo by RCMP
Previous story
Next story

A former Canadian Forces reservist at the centre of an alleged white-supremacist plot to trigger a race war in the United States pleaded not guilty to weapons charges Tuesday as his lawyer indicated he plans to use the First Amendment of the U.S. constitution to defend his client.

Patrik Mathews, sporting an orange jumpsuit, unruly hair and a long, reddish beard, stood ramrod-straight in a Maryland courtroom as Judge Timothy Sullivan asked him to state his name and whether he fully understood the charges against him.

"Yes, your honour," replied Mathews, who has been in custody in the U.S. since he and two of his American cohorts were arrested a month ago by the FBI.

Asked for his plea, Mathews said, "Not guilty, your honour."

The former combat engineer vanished from Beausejour, Man., last year following media reports alleging he was a recruiter for The Base, a white-supremacist group with growing notoriety in the U.S. and around the world.

He's facing four charges, each of which carries a maximum penalty of 10 years in prison: two counts each of two charges related to possessing and transporting a firearm and ammunition while in the country illegally.

"We, frankly, intend to vigorously contest the charges in this case," defence counsel Joseph Balter said after Tuesday's brief arraignment.

Prosecutors allege in documents filed in court that Mathews videotaped himself advocating for killing people, poisoning water supplies and derailing trains to incite a civil war in the name of creating a white "ethno-state." They have also alleged that Mathews and one of his alleged co-conspirators, 33-year-old Brian Lemley Jr., had been planning to violently disrupt a massive gun-rights rally last month in Richmond, Va.

Investigators used a closed-circuit television camera and microphone, hidden in a home in Delaware, to record Mathews talking about the Virginia rally as a "boundless" opportunity.

"All you gotta do is start making things go wrong and if Virginia can spiral out to (expletive) full-blown civil war," the documents quote Mathews as saying.

Mathews and Lemley discussed the planning of violence at the Richmond rally, according to prosecutors. They said Lemley talked about using a thermal imaging scope affixed to his rifle to ambush unsuspecting civilians and police officers.

"I need to claim my first victim," Lemley said on Dec. 23, according to the memo.

"We could essentially like be literally hunting people," the documents quote Mathews saying. "You could provide overwatch while I get close to do what needs to be done to certain things."

The case has turned an uncomfortable spotlight on the problem of hatred in the Canadian Armed Forces. A military-intelligence report released in 2018 said 30 active service members were known to belong to a hate group or to have made statements deemed discriminatory or racist.

Chief of the defence staff Gen. Jonathan Vance is among senior military officials who have promised a zero-tolerance approach to hate and discrimination in the ranks, while Canada's military ombudsman has been tasked with investigating the issue and recommending solutions.

FBI agents arrested the trio — the third accused is William Bilbrough — Jan. 16 as part of a broader investigation of The Base. Authorities in Georgia and Wisconsin also arrested four other men linked to the group, which has been attracting more scrutiny from law enforcement in recent months.

Investigators found a number of videos on a computer belonging to Mathews, including one that depicts him wearing a gas mask and distorting his voice.

"The time for violent revolution is now, that time is already here, it's here right now as we speak," the documents quote Mathews saying on the video. "For those who want to do nothing and who want a comfortable life, that's not an option. This is the age of war."

Officials say the group is just part of a wider spread of white nationalism and extremist ideology throughout the United States, with The Base following a model similar to that of al-Qaida, the Islamic State group and other violent organizations that rely on the internet and social media to mobilize independent cells or individuals who share their philosphies.

"Since 2018, The Base has been building a coalition of white supremacist members within the United States and abroad through, among other things, online chat rooms, in-person meetings, propaganda, and military training," prosecutors allege in court documents.

"The Base's membership includes members of other white supremacist organizations, including Atomwaffen Division, a violent neo-Nazi terror group linked to several hate crimes. The Base recruits white supremacists and is particularly interested in applicants with military and explosives backgrounds."