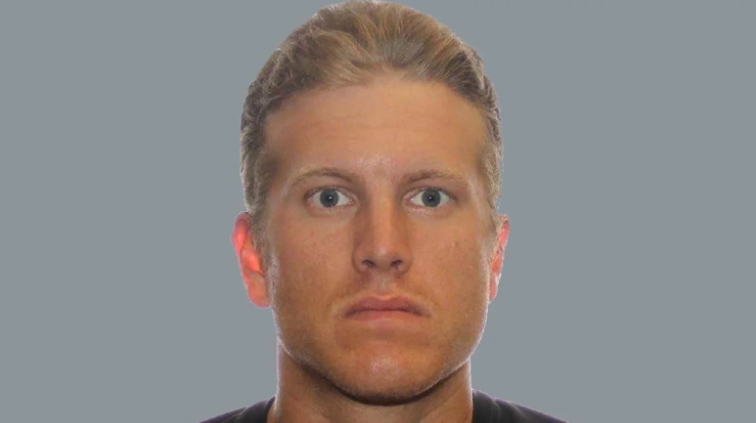 Canadian Army Reserve Master Cpl. Patrik Mathews, a suspected member of the neo-Nazi terror group The Base, was arrested by the FBI after five months on the run. Photo: Roseau County Sheriff.
Previous story
Next story

Patrik Mathews, the Canadian army reservist who disappeared in August and was believed to have sneaked across the border into the U.S. with the help of members of a violent neo-Nazi group, has reportedly been arrested by the FBI.

According to The New York Times, Mathews was taken into custody on Thursday along with two other suspected members of the neo-Nazi terror group, known as The Base. The three men were reportedly armed and had recently discussed going to Richmond, Va., for an upcoming gun-rights rally that has attracted the attention of extremists from around the country. The men were reportedly anticipating a “possible race war” at the rally.

Criminal complaints released Thursday by the U.S. District Court in Maryland name the other two men as Brian Lemley and William Bilbrough. Lemley and Mathews both face federal firearms charges, the most serious of which accuse them of building a machine gun and amassing hundreds of rounds of ammunition, which they allegedly planned to bring to the rally in Virginia. The men also reportedly tried to manufacture the hallucinogenic drug DMT, according to the complaint.

News of Mathews’ arrest comes five months after he went missing following a report by Winnipeg Free Press reporter Ryan Thorpe that identified Mathews as a member of The Base. Two days after his disappearance, the Canadian military announced that he had been discharged for his alleged neo-Nazi ties. A short time later, his car was found just miles from the U.S. border and a cache of weapons was discovered in his home.

The RCMP opened a missing-persons investigation into Mathews, and the Canadian Ministry of Defence told Vice News that it had launched a military intelligence investigation.

His whereabouts while on the run remained unknown, though it was long suspected that The Base was helping him stay underground. Citing confidential sources, Vice News reported in December that Mathews had been illegally smuggled across the border and was being hidden by members of the group.

Mathews has explosives training, making him a valuable recruit for The Base, an accelerationist group that seeks to use violence to bring about the collapse of society, with the goal of establishing a white ethnostate. The group has cells in the U.S. and Canada, and is known to recruit members who have training that may be useful in combat or terrorist attacks. During his time on the run, Mathews allegedly helped train about a dozen other Base members at a camp in Georgia, Vice News reported.

The Base was established as an online network to connect far-right extremists in preparation for a “race war.” The group explicitly seeks out extremists who are committed to carrying out acts of violence and terror, and provides them with the training to do it.

The group's online activities were described in Thursday's criminal complaint, which highlighted their use of encrypted group chats to plan and discuss acts of racially motivated violence.

"Within the Base’s encrypted chat rooms, members have discussed, among other things, recruitment, creating a white ethno-state, committing acts of violence against minority communities (including African-Americans and Jewish-Americans), the organization’s military-style training camps, and ways to make improvised explosive devices."

Editors note: This is a developing story and will be updated