UN disarmament chief warns of 'dark side' of AI 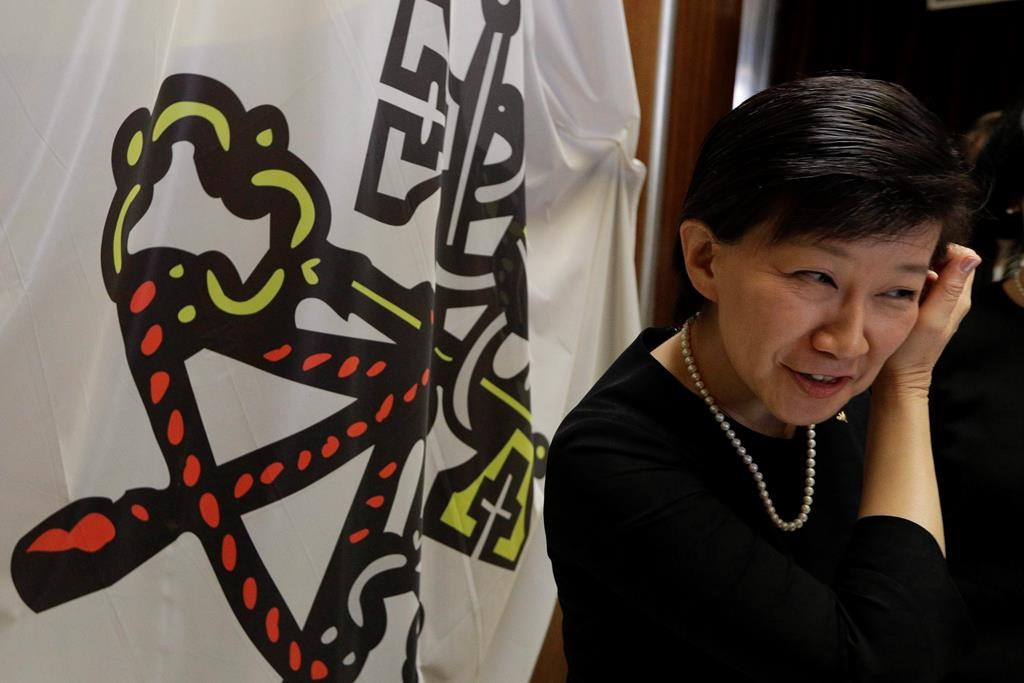 U.N. high representative for disarmament affairs Izumi Nakamitsu arrives for interviews during a break of a conference on nuclear disarmament, at the Vatican, on Friday, Nov. 10, 2017. File photo by The Associated Press/Andrew Medichini
Previous story
Next story

The United Nations' top disarmament official says governments need to pay more attention to the "dark side" of artificial intelligence, including the implications of so-called killer robots that could take military decisions out of human hands.

The benefits of AI will be groundbreaking but governments need to take stronger measures to prevent bad military applications, including potentially catastrophic hacks of nuclear arsenals, said Izumi Nakamitsu, the UN's undersecretary-general for disarmament affairs.

Nakamitsu offered those views in a recent interview, just before the Trudeau government announced a new partnership with Britain on Monday to develop AI projects that could lead to breakthroughs in driverless vehicles and health care for seniors.

The government has made AI a pillar of its economic-growth strategy because it views the development of the technology as a means to attract foreign investment and of creating a new sector of high-skilled jobs.

The government is using developments by leading researchers in Montreal and Toronto in "machine learning," the advanced algorithms that new supercomputers use to think in a way somewhat like humans.

"In all likelihood, I'll be in Japan in my old age, looked after by a robot. So it has a huge potential," Nakamitsu said on a trip to Ottawa.

"All we are saying is let's try to make sure that the dark side, the negative impact, will be minimized. We need to make sure these technologies will benefit us, not the other way around."

The government said little about the security risks surrounding AI in the announcement with Britain, except that it needs to do more to protect the privacy of Canadians because the technology relies on amassing massive amounts of personal data.

On Monday, Industry Minister Navdeep Bains announced a $5-million investment in a joint British-Canadian venture to fund research into AI challenges, including the development of transport systems, assisting neurosurgeons and helping to better detect and monitor global disease outbreaks.

Bains said in an interview that his top priority is hearing back from an advisory panel on how to make legislative changes to better protect data privacy.

UN disarmament chief warns of 'dark side' of AI, as Liberals tout benefits

"For artificial intelligence to really flourish and a have a positive impact on society, you need vast amounts of data as well," said Bains. "As we move forward with that, hopefully we'll be able to tackle some of these issues with respect to weaponization, military and ethical use of AI."

While there could be positive military applications for the new technology, including making missile targeting more precise to minimize civilian casualties, Nakamitsu said legitimate questions remain about whether the weapons themselves could make the actual decisions about when to open fire and what to shoot at — something that should be left to humans.

She said she supports the Campaign to Stop Killer Robots, an international movement that has spread to about 60 countries including Canada, that is advocating for a treaty to ban autonomous weapons.

"More and more hacking is now automated hacking, enabled by AI," she said. "Every 39 seconds there is hacking happening somewhere in the world. So that's pretty scary."

Nakamitsu wants Canada to do more to promote nuclear disarmament, especially if it succeeds in its campaign for a two-year temporary seat on the UN Security Council.

"If Canada becomes a member of the Security Council, I really do hope that Canada will put arms control and disarmament issues as one of its priority issues," she said.

Foreign Affairs Minister Francois-Philippe Champagne made no mention of disarmament issues as he outlined Canada's priorities on foreign policy as it campaigns for the June election to the UN body.

Meanwhile, Prime Minister Justin Trudeau's office has not responded to multiple requests by the Canadian Network to Abolish Nuclear Weapons, a coalition of non-governmental organizations, to take up the mantle of fighting for nuclear disarmament.

"I'm not closely monitoring what the ministers are saying on those issues, but in my encounters, in my working relationship with various Canadian officials, we are very close partners, and Canada very much supports the work we are doing," said Nakamitsu.

In Ottawa last week, Nakamitsu met with parliamentarians and grassroots anti-nuclear advocates, but she had no meetings with Trudeau's cabinet or his staff. In Europe, the reception she receives is at a higher political level. She recently addressed the European Parliament's defence committee.

She said Europeans are concerned because the U.S. and Russia scuttled their Intermediate Range Nuclear Forces, or INF, treaty that dated back to the Cold War. They are also seized by the Trump administration's withdrawal of the U.S. from the Iran nuclear deal that included France, Britain, Germany and China, which was designed to keep Tehran from developing nuclear weapons technology.

"The regime, the international instruments, the arrangements that we've had, which basically kept the world stable and secure — in front of our eyes, they are starting to collapse. They are being eroded as we speak."