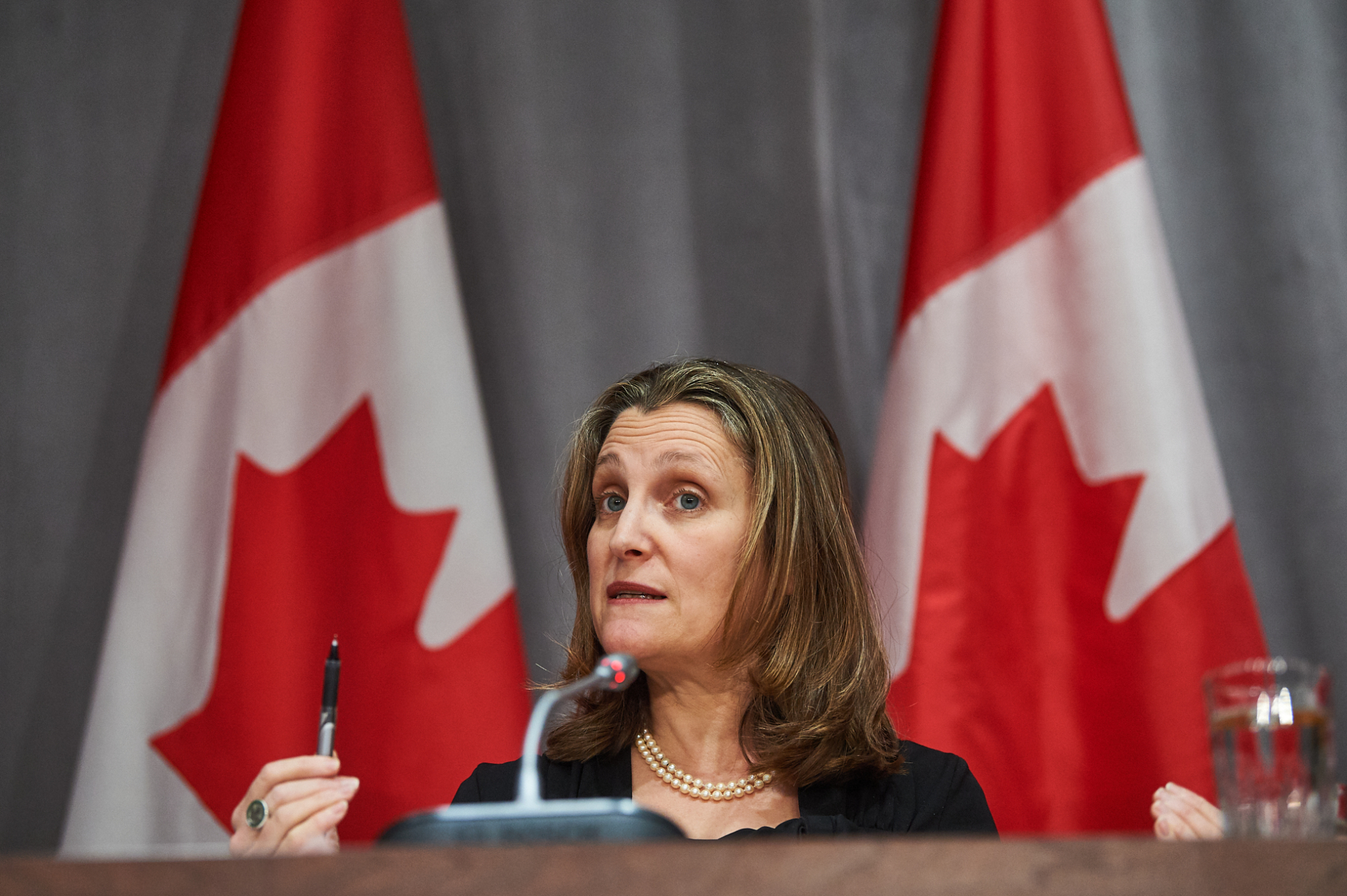 Deputy Prime Minister Chrystia Freeland clarified Tuesday that "Canadians will always be able to come home," as questions continued to swirl around how the government's new COVID-19 travel restrictions will work in practice.

Every Canadian citizen has the constitutional right to enter, remain in and leave Canada, under the Charter of Rights and Freedoms.

But Prime Minister Justin Trudeau announced new policies on Monday that included a mandate to airlines preventing all travellers from boarding a plane to Canada if they have symptoms associated with COVID-19 — regardless of citizenship status.

"This means that anyone who has symptoms will not be able to come to Canada," Trudeau said at the time.

Trudeau was referring to boarding an airplane, which is a whole other matter than showing up at the border and being turned away. Airlines can apply reasonable grounds to deny boarding to travellers for reasons of health or safety, for example.

In other words, Canadians who are sick and show up at the Canada-U.S. land border "will of course be allowed into the country," Public Safety Minister Bill Blair said Tuesday. They will "immediately be referred to a Public Health Agency of Canada quarantine officer, for examination," he said.

'We’re getting all these questions now'

The issue and others appear to be leading to legal queries, as the clock ticks down to the enactment of the new rules. Restrictions on foreign nationals kick in March 18 at 12:01 a.m., while the ban on all travellers showing symptoms starts 24 hours later, according to Air Canada’s website.

Green said people have questions on everything from how approved immigration documentation will apply, to how international students would be affected and what will happen when visas expire.

Canadians who are sick and show up at the Canada-U.S. land border "will of course be allowed into the country," Public Safety Minister Bill Blair clarified on Tuesday, but sick travellers could be turned away from boarding flights.

Michael Bryant, executive director of the Canadian Civil Liberties Association, said his organization has been in talks with immigration and constitutional lawyers about whether and how it would challenge an explicit government order denying Canadians the right to entry — if Ottawa does actually take that step.

For now, Ottawa could simply be using the “bully pulpit” to advise Canadians that airlines have the right to deny people access to an airplane, which they do, Bryant noted. He said he’s waiting to see whether the government releases a cabinet directive that would lay out specific directions to airlines.

“There’s definitely a constitutional right that you can’t be denied entry to Canada” as a Canadian citizen, he said, but “there would be a big difference” between that and airlines refusing boarding.

'That's a right we all have'

On Tuesday, Blair and other Trudeau government ministers sought to underline that the constitutional right of return and the government's new travel restrictions were not in conflict.

"I do want to be clear: Canadians will always be able to come home, Canadians and permanent residents. People need to be clear about that. That's a right we all have," said Freeland.

But, he said, “if a person is symptomatic, they will not be allowed to come home until their symptoms are treated, wherever they happen to be.”

That interpretation — a ban for a period of time until symptoms are treated, rather than indefinitely — it is how Air Canada is following the new policy.

The airline says that, effective March 19 at 12:01 a.m., any traveller showing symptoms like fever, shortness of breath or coughing “will not be permitted to travel to Canada for 14 days” unless they have a medical certificate showing they are virus-free.

The 14-day period aligns with Trudeau’s recommendation that all travellers to Canada must self-isolate for 14 days. This is the same period of time that Ottawa Public Health, for instance, and other Canadian health authorities are suggesting for COVID-19.

The fact that travellers may get stranded by the new policy, said Garneau, is precisely why the government has set up a support program.

Global Affairs Canada has set up an emergency loan program where Canadians who are abroad can apply for up to $5,000 “to help secure their timely return to Canada and to temporarily cover their life-sustaining needs while they work toward their return.”

The COVID-19 Emergency Loan Program for Canadians Abroad is also being supplemented with “additional support” to Canadians “directly affected by COVID-19 and unable to immediately return home,” the department says, through “partnerships with local and other organizations.”

At the end of the day, however, Trudeau acknowledged that not all of the roughly three million Canadians who are abroad at any given moment are going to be able to travel back to Canada.

“I think it is just realistic to know that there are some of them who will not be coming home in the coming weeks,” he said.