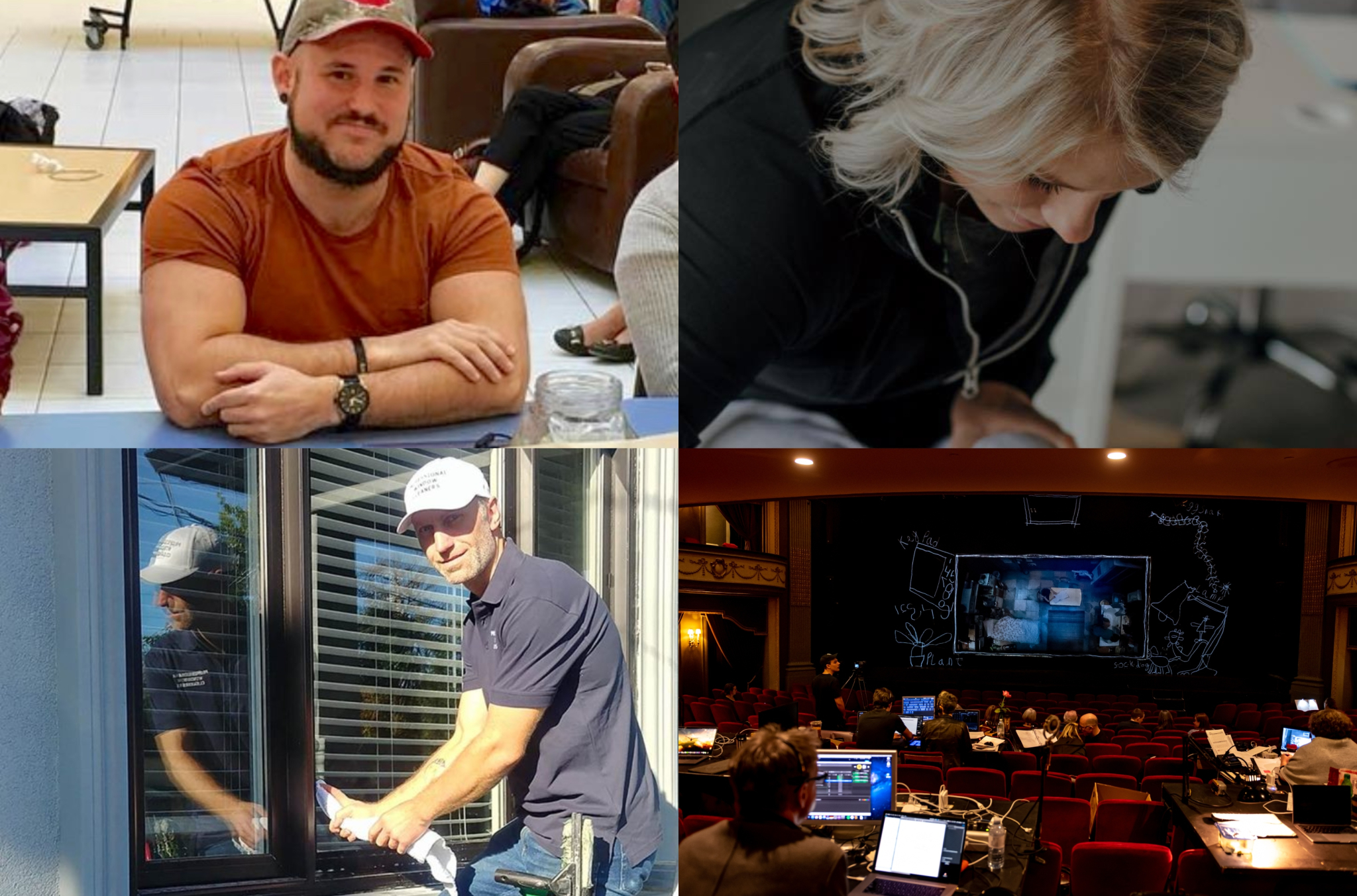 Even before the COVID-19 pandemic sent the global economy into a tailspin, Chad Koski had been struggling to find work for six months.

With Alberta in the midst of an ongoing oilpatch downturn, the 29-year-old University of Calgary student was already in a precarious situation. Now, with Alberta in a state of emergency and businesses shuttering in a bid to slow the spread of the novel coronavirus, he says there’s even less chance he’ll find a consistent source of income.

“I’m in quite an emergency,” Koski said. “I will just make rent for April and have $30 left to spare.”

On Wednesday, the federal government unveiled details of an $82-billion emergency-spending package that included $27 billion toward programs for people like Koski, who are in dire financial straits because of the pandemic.

But Koski and others in similar situations aren’t sure those federal benefits will actually help them ⁠— exact eligibility details haven’t been released ⁠— or whether the funds will come soon enough. Many of the measures announced Wednesday won’t open up until April, and cheques may not land for weeks after that.

Koski isn’t eligible for Employment Insurance (EI) because of his student loans. He’s afloat right now thanks to an emergency bursary from the university, but if the pandemic stretches on much longer, he said he may have no choice but to start asking friends or family for help, something he promised himself he wouldn’t do.

“I have depression and anxiety even at the best of times,” Koski said. “Oh my god, I’m so sick of false hope … I am not the only one who’s experiencing this situation.” 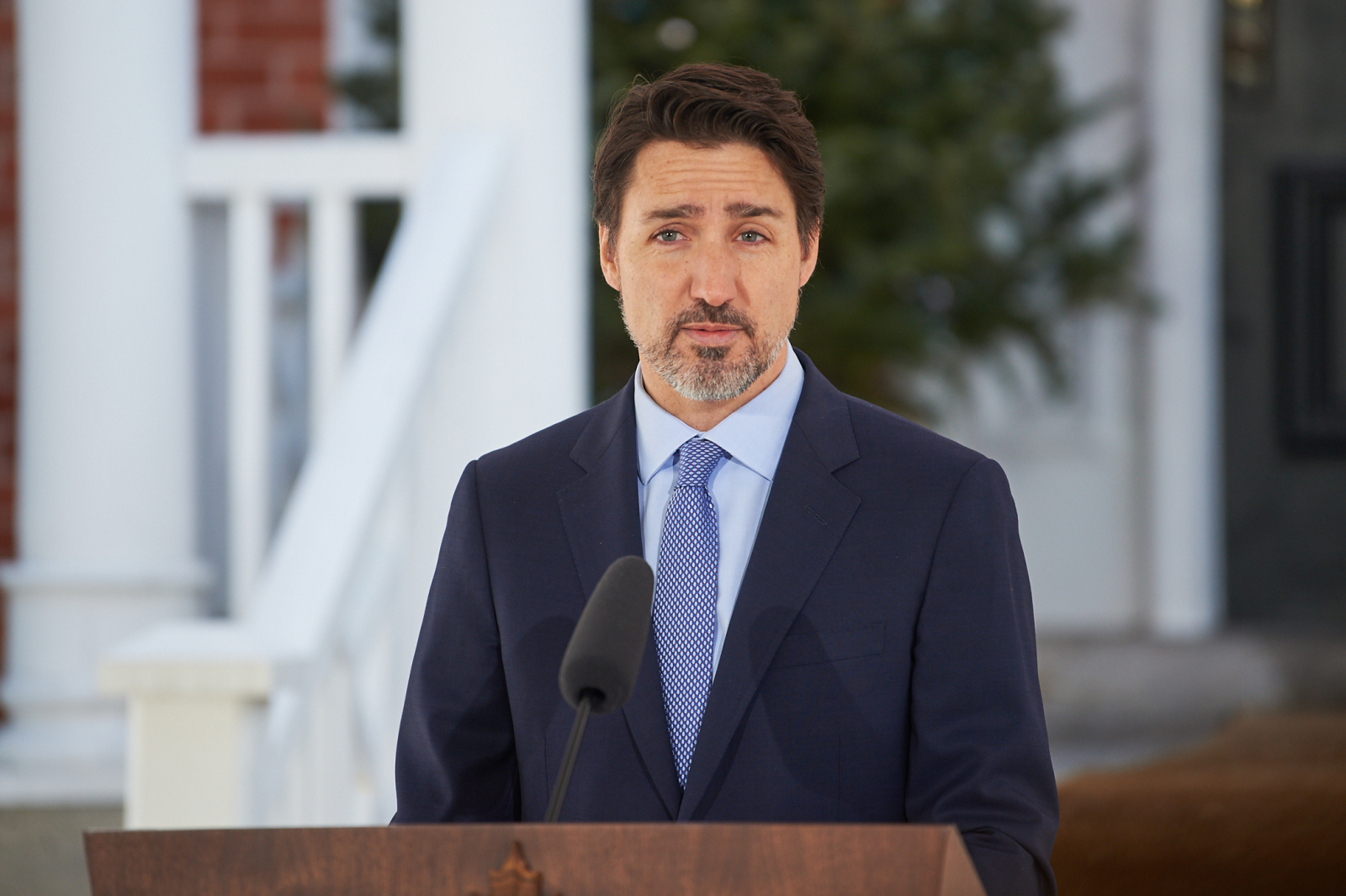 Prime Minister Justin Trudeau speaks to reporters outside Rideau Cottage, where he has been self-isolating since his wife was diagnosed with COVID-19, on March 18, 2020. Photo by Kamara Morozuk

The federal government unveiled details of its plans to help people taking a financial hit due to the pandemic. But they may not help everyone and the funds may not come fast enough.

The measures include $900 biweekly payments for some groups of people: parents who aren’t able to earn money while staying home to watch their children and workers or self-employed people who don’t qualify for EI but must stay home due to illness, quarantine or taking care of a sick family member.

The federal government said $5 billion has also been set aside for people who are unemployed and unable to qualify for EI, but details on who exactly will be eligible haven’t been released. Both programs would be implemented in April, and in a press conference Wednesday Trudeau said it could be several weeks until the funding arrives. (The federal government has already waived the one-week waiting period for EI.)

Lindsay Rose, a 25-year-old restaurant worker in Toronto who was laid off on Monday ⁠— a common predicament as restaurants and bars in several provinces are shut down or at half-capacity ⁠— said the lack of detail in the announcement doesn’t make her feel much more secure.

“I know it's still early days so I'm trying to hold in my frustration and be appreciative that our government is stepping up,” she said. “It's hard to get excited when we really still aren't being told anything concrete.”

Rose, a Canadian who returned home three months ago after living in Australia, isn’t eligible for EI because she hasn’t been working here long enough. She was abruptly laid off hours after an all-staff meeting where the company told employees they’d stay open as long as possible. (That afternoon, the Ontario government asked restaurants to shut down, a request that became an order the next morning.)

The pandemic escalated at dizzying speed, Rose said, giving workers like herself who live paycheque-to-paycheque very little time to build a financial cushion. Missing even a few days of income can be devastating. And Wednesday’s announcements leave many questions about how the process to get aid will work.

Though Canada’s biggest banks have announced a six-month payment deferral for mortgages, many precarious workers have rent to worry about.

Rose said she has some stability because she’s currently living with her parents. But soon she’ll be out of money, and she said the time it’s taking for the government to get measures in place is straining many people’s ability to pay bills.

“I don’t know what everybody else is going to do,” Rose said. “We contribute to society … I would really ask the prime minister to think about the people that really do need reassurance in this time.”

The financial consequences may stretch on for much longer than the pandemic. With Canada seemingly entering a recession, some of the workers losing income now may have a hard time making it up later.

“What this does now is fairly devastating, but it’s going to be a long recovery,” said John Gzowski, a sound designer and composer who is contracted to work on theatre productions in Southern Ontario.

Gzowski, 55, has lost several thousands dollars of expected income from shows cancelled due to COVID-19. Actors and crew members on those shows have been laid off, he said. And because of the way theatre scheduling works, the performances may not be rebooked for years, if at all.

He and other artists must now get used to the idea that there may be less funding for their work until the economy recovers, he said ⁠— especially if the virus is still a concern during the summer festival season.

“I’ve got enough to cover for a little bit, but I’ve got a lot of friends who are just scraping by,” he added.

The spread of COVID-19 is forcing all of us to change our ways, and we know it’s a big adjustment. But we have your back, and together we will get through this. For more details on this $82-billion economic plan and how it will help you, click here: https://t.co/Ef0YLK5PBO

Sarah Heath, a 27-year-old chiropractor in the Woodstock, Ont., area, was prepared to keep treating patients for as long as she could. But then it became clear that it wasn’t safe anymore ⁠— patients weren’t disclosing travel histories or symptoms that might indicate they had the novel coronavirus.

“I had done all the screening, I was asking people all the things they tell us to ask, but I realized people weren’t fully being truthful because they wanted to get their treatment,” she said. “I decided to stop going into work.”

As an independent contractor, Heath isn’t eligible for EI. She doesn’t qualify for the $900 biweekly payments because she’s self-isolating voluntarily ⁠(she hasn’t been ordered to shut down, isolate or quarantine). Depending on the criteria for other packages, she may qualify, but it wasn’t immediately clear on Wednesday.

“There are going to be thousands and thousands of people calling at the same time (to try to get information),” she said. “How long is it going to be before we actually do get help?”

Heath went to school in the United States and financed it with personal loans that wouldn’t be affected by any other measures from the federal government.

“It’s the unknown that’s really nerve-wracking,” she said. “I’m worried that I (will) fall through the loophole.”

Others have struggled to access emergency lines of credit for small businesses, as promised by the federal government.

Marcin Twardowski owns Six Star Pros, a small business that does gutter and window cleaning and a variety of handyman services in Toronto.

“Typically, I’d be going into one of the busiest times of the year for me,” he said. “Last couple of weeks, I've been struggling.”

He was in the middle of training for a restaurant job to supplement his shrinking income, but the company shuttered this week. He also inquired about an emergency line of credit with the Bank of Canada, but that funding is only available to those with good credit scores. And he doesn’t think he’ll qualify for other federal funding.

Twardowski said he understands it’s not just the virus’s fault that he’s in a bad situation. He doesn’t have savings and has lived paycheque-to-paycheque. But he said he does feel like smaller businesses are at risk of being left behind.

“It feels like I’m not really getting help from the government,” Twardowski said. “I’m on my own.”