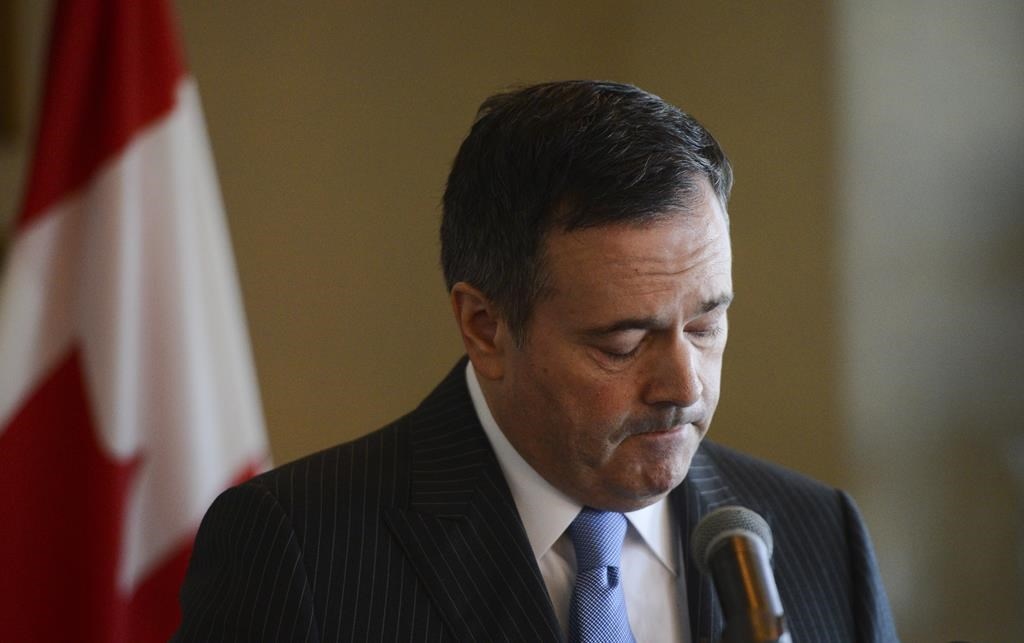 Alberta Premier Jason Kenney speaks at the Rideau Club in Ottawa on Thursday, March 12, 2020. Alberta has recorded its first death from COVID-19. File photo by The Canadian Press/Sean Kilpatrick
Previous story
Next story

Alberta has announced its first death linked to COVID-19 and says it's tracking down 72 curlers who attended a doctors' bonspiel that included a person who now has the novel coronavirus.

The event also included a banquet with 45 people, and Hinshaw said the person who appeared to have spread the virus was someone who had recently come back from Las Vegas.

At that time, the province allowed gatherings of more than 50 people but urged those who did so to practise safe distancing measures. Such gatherings have since been banned.

"We know those doctors came from across Western Canada," Hinshaw told a news conference.

"We're working with the organizer, with Saskatchewan, to make sure that all those doctors who attended that bonspiel are aware that there now seems to have been transmission at that event.

"Anyone who attended that (bonspiel) is needing to self-isolate for 14 days."

One of those curlers is Dr. Allan Woo, president of the Saskatchewan Medical Association.

Woo, in a letter to members, said he tested positive for the virus Wednesday night and believes he caught it at the bonspiel.

"The risks of this pandemic are far too real," he wrote. "I hope my personal situation serves as a signal for all health-care workers, and others, to be vigilant about their health.

"Everyone needs to take precautions and self-monitor for any symptoms."

Woo is one of four new presumptive cases of COVID-19 in Saskatchewan, which has a total of 20 cases.

Hinshaw said an Edmonton-area man in his 60s with underlying medical conditions died late Wednesday from COVID-19, the disease linked to the virus.

She said the man appeared to have contracted the virus in the community and there was no link established between him and people who had recently returned to Alberta from abroad.

"This individual was admitted in the ICU in the Edmonton zone on March 12," Hinshaw said.

"As heartbreaking as this news is, it was expected. This is a dangerous virus. While most people who become ill with COVID only experience mild symptoms, it can make others very sick."

Three students at three different schools in the Calgary Catholic School District are also among the positive cases. Classes at all schools in the province were cancelled Sunday.

Alberta has taken numerous steps to contain the virus and help get people through the economic downturn.

The province has introduced an aid package that includes $50 million to help those self-isolating with $573 per week until federal aid begins April 1.

The legislature is to hold a rare Friday sitting to pass legislation to streamline emergency powers.

Government house leader Jason Nixon said the bill is meant to ensure better co-ordination between Alberta and municipalities, as the province works to reduce the spread of the virus.

He said it is the only planned emergency legislation tied to the outbreak, but that things can change quickly.

The legislature is to continue sitting next week, but with a reduced schedule of bills to pass.

Opposition house leader Heather Sweet said the NDP's overarching goal is to help the government pass whatever is necessary to help Albertans during the outbreak.

This report by The Canadian Press was first published March 19, 2020

You'd certainly have expected doctors to behave more responsibly. They should be ashamed of themselves. 200,000 sick people on all continents, across the world, should have been a clear message. That was the score when their tournament started.