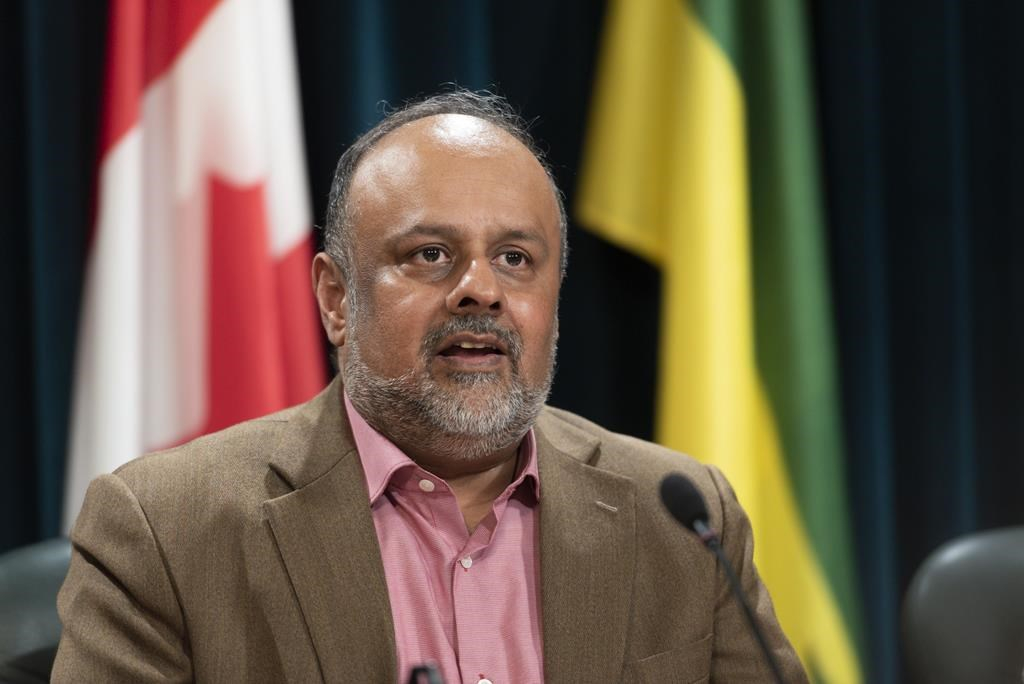 An investigation is underway in at least two provinces after a Saskatchewan doctor who attended a curling bonspiel in Edmonton tested positive for COVID-19.

Dr. Allan Woo, president of the Saskatchewan Medical Association, said in a letter to members that he tested positive for the virus Wednesday night.

"I attended a curling bonspiel held March 11-14 in Edmonton," he said in the letter Thursday. "This bonspiel is an annual event that usually attracts 50-60 physicians from Western Canada.

"I believe I contracted the COVID-19 virus at this bonspiel."

Woo is one of four new presumptive cases of COVID-19 in Saskatchewan, bringing the total in the province to 20.

The Ministry of Health said three of the new infections are related to travel, with the other being a close contact of a previously reported case.

"Beyond that, I would not like to discuss any particular details of any case," he told reporters in Regina on Thursday. "Having said that, if we know that there is more than one case related to an event, we will be disclosing that."

Shahab said officials have confirmed that a number of doctors attended the event in Edmonton.

"This investigation involves two provinces at least," he said. "All of the information is being collected and communicated to all the provinces from where people may have come to that event.

"Details are sought about where each of the participants were, did certain people sit together as a group and mix more than others, and based on that a determination will be made shortly — in a day or two — does this involve all people who attended?"

Shahab said all of the participants have been alerted about the positive tests, meaning they are required to be in self-isolation until further details are known.

"It does not mean everyone will be identified as a close contact," he said.

Alberta's chief medical officer of health, Dr. Deena Hinshaw, said she was made aware of the positive tests on Thursday morning.

"We do know there were approximately 72 curlers. We do not know if they were all in the same place at the same time," she said. "Then there was a banquet that had about 45 attendees."

Hinshaw said the person that Dr. Woo could have contracted COVID-19 from may have travelled to Las Vegas.

"We're making sure that all of those who attended know that they have to self-isolate for 14 days," she said. "We are taking this very seriously."

The Saskatchewan Medical Association said it doesn't know how many physicians from the province attended the event.

It's also not yet known how many doctors in Alberta are in isolation and their absence might impact the health-care system during the pandemic.

Doctors Manitoba said in an email that it's aware of three doctors from Manitoba who participated in the bonspiel.

"All three are self-isolating," said the statement. "Public health officials would assess those present and provide advice about testing and self-isolation."

Woo said in his letter that his diagnosis is a reminder that physicians are not invincible.

"The risks of this pandemic are far too real," he wrote. "I hope my personal situation serves as a signal for all health-care workers, and others, to be vigilant about their health.

"Everyone needs to take precautions and self-monitor for any symptoms."

This report by The Canadian Press was first published March 19, 2020

— With files from Kelly Geraldine Malone in Winnipeg.

Now maybe my American friends will understand why I don't go to the doctor. All those doctors need testing for IQ and reasoning ability.

Could not agree more. Appalling lack of sense.