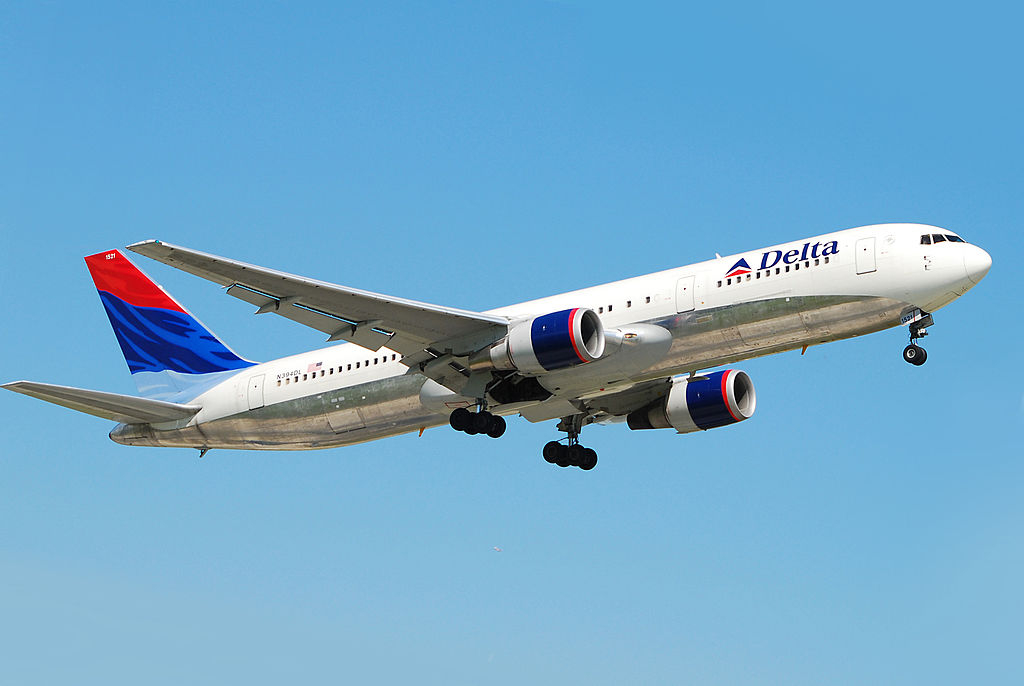 Even before air travel took a serious hit from the novel coronavirus pandemic, the airline industry was in trouble.

Profit forecasts in 2019 plunged to the lowest in five years as fuel costs rose and the trade war between the United States and China tanked the cargo business. Airline bankruptcies increased at their fastest ever rate last year, with at least 18 companies going under, and Boeing, the top U.S. plane manufacturer, grounded its new 737 Max jetliner after two deadly crashes. Meanwhile, airlines had to apologize over and over and over and overagain for mistreating customers in bizarre, humiliating or discriminatory ways.

Now, as the COVID-19 pandemic causes the industry’s worst economic shock since the Sept. 11, 2001 terrorist attacks, airlines are asking Congress for a $50 billion bailout, while Boeing requested a “minimum” of $60 billion to keep the aerospace manufacturing sector afloat. Experts say such aid packages are a golden opportunity to reform an industry whose surging emissions of planet-heating gases threaten to inflame the world’s other deadly crisis: climate change.

“Any use of taxpayer funds to bail out any industry should come with conditions that are going to advance the broader public interest,” said Brad Schallert, director of carbon market governance and aviation at the World Wildlife Fund for Nature. “This is a moment to put the industry on a sustainable pathway.”

Global air travel made up less than 3% of global emissions in 2018, spewing 900 million metric tons of carbon dioxide, according to a United Nations estimate. Those emissions were expected to triple by 2050, which would make the industry responsible for as much as one-quarter of global greenhouse gases, a reality that recently spurred climate activists to quit flying over “flight shame.”

Even that may be a conservative forecast; an analysis that the nonprofit International Council on Clean Transportation published last year suggested emissions are increasing more than 1.5% faster than the U.N. assessment.

Flights originating in the United States account for nearly one-quarter of global transport-related emissions, and two-thirds of those were domestic trips. In 2018, air traffic in the U.S. increased three times faster than fuel efficiency improved. Over the past decade, the percentage of revenue aircraft manufacturers spent on research and development plummeted by more than half. Once-promising electric airplane startups downsized as industry incumbents shied away from investment, while the Trump administration focused federal efforts on developing high-speed gas guzzlers.

If We Bail Out Airlines, It Better Come With Climate Rules

The White House plan to offer billions in secured loans to financially faltering industries, including airlines, hotels and cruise lines, is already facing pressure from Senate Democrats to include strict limits on executive bonuses and stock buybacks. It’s an understandable priority, given that five of the top U.S. airlines asking for a $50 billion bailout returned $45 billion to shareholders over the past five years, according to a Guardian analysis. But on Wednesday, eight Senate Democrats, led by climate hawks Sens. Sheldon Whitehouse (D-R.I.) and Ed Markey (D-Mass.), urged congressional leaders to include strict new emissions reductions as part of the bailout.

“We believe that any such financial assistance should be paired with requirements that companies act in a more responsible manner,” read the letter. “Given the large carbon footprint of commercial aviation, requiring reductions in carbon emissions would represent a major step in curbing our nation’s greenhouse gas emissions.”

“We continue to review details of the proposed legislation,” Katherine Estep, a spokesperson for the group, said by email. “However, loans alone are not sufficient and should be coupled with a worker payroll assistance program and targeted tax relief.”

She declined to comment on questions about climate provisions and directed a HuffPost reporter to the industry’s sustainability site.

Boeing did not respond to a request for comment Thursday.

Carbon offsets, programs that allow polluters to pay for renewable energy or tree-planting projects, are one way for the industry to balance its contributions to climate change. Last Friday, the International Civil Aviation Organization, the U.N. agency that oversees air travel issues, agreed to restrict which offsets airlines can buy under the industry’s two-year pilot program to offset emissions, which is set to start next year. The market-based program excluded older offsets with dubious accounting.

“Carbon offsets should be a condition for any such bailouts,” Whitehouse wrote in a tweet Tuesday. “Airlines that want public support should live public values.”

Airlines typically favor offsets. Delta Air Lines announced one of the most ambitious, if leerily light on details, climate strategies in the industry to date last month, vowing to go carbon-neutral by 2050, largely with the help of offsets.

But in a tweet thread of his own, International Council on Clean Transportation aviation director Dan Rutherford outlined a range of policies that Congress could include as provisions for a bailout package. Lawmakers could offer tax incentives to retire older, less fuel-efficient aircraft, he said. The federal government could subsidize the cost difference for using synthetic fuels or biofuels derived from plants or algae, which are more expensive but produce fewer total emissions than fossil-based jet fuel.

Under the Obama administration, the Environmental Protection Agency proposed rules to require fuel efficiency from U.S. airplanes in line with the U.N.’s recommendations. The Trump administration quietly scrapped that initiative in 2017. But Congress could renew the effort by adopting a carbon dioxide standard for airlines under the Clean Air Act, which Rutherford said could help improve fuel efficiency by 2.5% yearly.

Other incentives could focus on the manufacturing sector. Borrowing from a policy already under consideration for the seafaring cargo industry, the federal government could tax fuel and direct the revenues to fund research into electric engines or more fuel-efficient aircraft. Lawmakers could find ways to incentivize production of new plane designs altogether, pushing the industry away from “re-engining,” the cost-saving strategy by which manufacturers make tweaks to existing models, as was the case with the grounded 737 Max.

Bailout legislation could, in theory, pressure the White House to reconsider its focus on reviving commercial air travel on supersonic jets that go faster than the speed of sound. In 2018, President Donald Trump signed legislation authorizing the Federal Aviation Administration to increase research into civilian supersonic flight. Last summer, the agency proposed new rules to encourage supersonic testing and simplify the permitting process for companies.

“Since 1903, the United States has led the world in flight,” Michael Kratsios, the White House’s chief technology officer, wrote in a Washington Post op-ed. “By removing innovation-killing regulations, the president will continue that legacy for years to come.”

The effort is yielding results. There are at least three major startups working on supersonic jets. Last year, Boeing invested in one of them, the Nevada-based company Aerion. In October, NASA unveiled its production of a new supersonic jet designed to quiet the loud boom at takeoff that plagued past iterations of the aircraft.

There are right-wing forces such as the Koch brothers and the oil industry folks who will oppose any effort to lessen the reliance on their foul substances.Daniel Becker, director of the D.C.-based Safe Climate Campaign’s Center for Auto Safety

The problem, said Rutherford, is that supersonic jets produce up to six times the carbon dioxide emissions as regular planes. While U.S. leaders wax nostalgic for the days when Concorde turbojets ferried passengers from New York to Paris in just three hours, European aviation officials zeroed in on electric and hybrid planes. Last year, the European Union Aviation Safety Agency hosted its first conference with manufacturers on low-emissions aircraft engines. In January, the agency took a step forward, proposing new rules to start certifying the safety of electric and hybrid engines.

Norway, which is not a member of the European Union, mandated that all short-haul air travel must be done by electric planes by 2040. It’s not just European countries. The Canadian province of British Columbia enacted tax incentives for electric planes just last month.

“Supersonics are very bad for the environment,” Rutherford said by phone. “Yet as European aerospace is prioritizing hybrid and electric aircraft, the U.S. industry is spending more of its efforts on trying to bring back supersonics.”

Lessons From The Auto Bailout

Lawmakers don’t have to look back far to find examples of the federal government requiring emissions cuts as part of an industry bailout. As the economy tanked in 2008, Congress authorized the Troubled Asset Relief Program, known as TARP, a $426 billion spending package to prop up banks and corporations. Roughly 20% of that program went to bailing out the auto industry.

The Trump administration has spent the last three years undoing much of that rule, even as it struggled to defend shoddy math behind its rollbacks.

But Daniel Becker, an expert in the Obama-era fuel-economy program, said the opponents to a fuel-efficiency program for airlines will be considerable. Automakers who in 2012 agreed to the Obama administration’s standards started lobbying Trump to weaken the rules through trade associations before the administration even took office. The oil industry, meanwhile, waged a covert campaign to gut the standards, a New York Times investigation found in 2018.

“The airlines are not going to want to provide a quo for the quid,” Becker, the director of the D.C.-based Safe Climate Campaign’s Center for Auto Safety, said by phone. “There are right-wing forces such as the Koch brothers and the oil industry folks who will oppose any effort to lessen the reliance on their foul substances.”

Obama’s fuel economy standards excluded demands California regulators had proposed to require automakers to produce a certain percentage of all-electric vehicles per year. Some in the electric aviation industry hope a federal bailout won’t make the same compromise with airlines.

While most of the nearly 200 electric aviation companies are working on vertical-takeoff passenger drones, firms like the Seattle-based magniX, which produces all-electric propulsion systems for traditiona passenger planes, would benefit from federal tax breaks for airlines that invest in electric engines, similar to the ones states like California gave to buyers of electric cars. Other policies on the nascent sector’s wish list include incentives for airports to build plane-charging stations, and looming bans, like Norway’s, on using traditional aircraft for short flights.

Roei Ganzarski, the chief executive of magniX, said bailing out airlines goes “against the grain of the open, capitalist economy, where companies are supposed to be able to fend for themselves.” If the government is going to bail them out, he said, “it should put in place something that says, ‘I am going to keep you alive because your future is important, but you have to make your future better by going hybrid or going electric.’”

It’s not fair to say to the airlines that, “when things are great, you get to make all your money and any decision you want, even if it’s bad for the environment, but when things are tough, I’m going to help you and not require anything in return,” Ganzarski said by phone Thursday.

A few months ago, his company carried out the world’s first commercial test flight of a fully electric plane. It took place in Vancouver, Canada.

This article would have been

This article would have been OK 15 years ago. But now, it is a harmful example of climate emergency denial. Europeans are ready to ban short haul flights (the ones that can be fairly easily replaced by bus, ferry and train trips. Flying needs to be greatly reduced, and there is a global movement working to see this happen. And everyone should know by now that advocating for 'offsets', without acknowledging the huge past and present problems, is advocating for climate fraud. Canada needs a green new deal that largely replaces flying with electric buses and passenger trains, as I wrote in the National Observer a while back https://www.nationalobserver.com/2019/05/18/opinion/green-new-deal-must-...

right on. Why there isn't a

right on. Why there isn't a serious plan to build a rail fast system and pollution free bus services is plain silly.