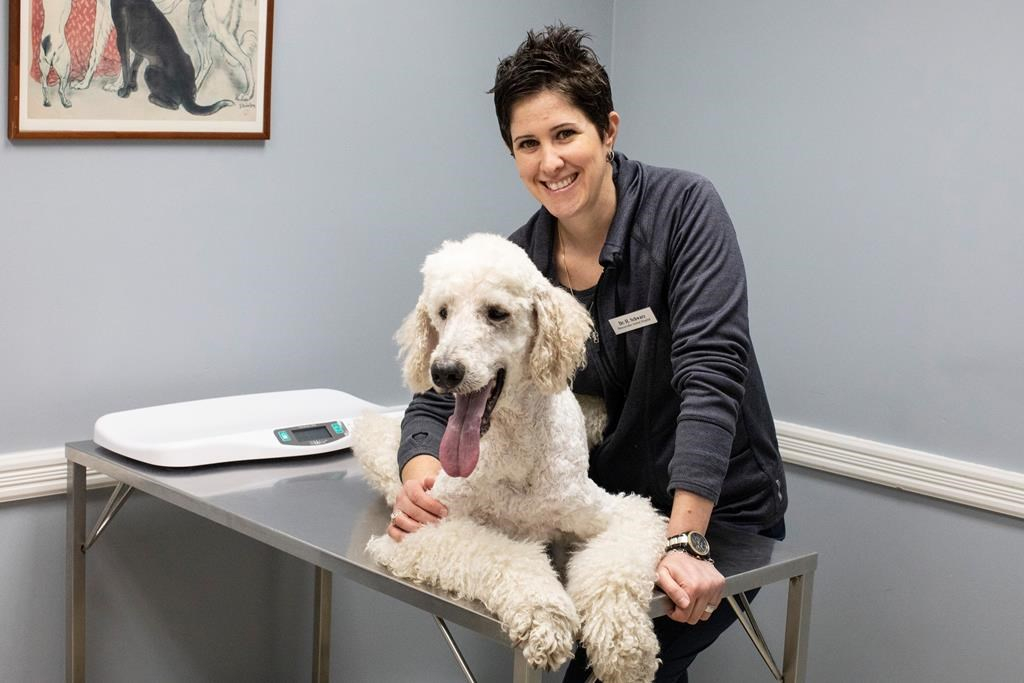 Canada's veterinarians said Monday they're willing to join in the nationwide efforts to address the COVID-19 pandemic even as they fight to ensure they're allowed to keep providing care to the country's animals.

The Canadian Veterinary Medical Association said several members have come forward offering to make their ventilators available for human use in order to ease the strain on the country's overtaxed medical system. The association said it's currently in the process of surveying its members to get a feel for how much spare equipment could be pressed into service if required.

But veterinarians are also hoping to persuade governments across the country to declare them an essential service, saying such a designation would provide greater security during a time of increasing upheaval.

Their efforts come as a growing number of provinces declare states of emergency or implement other measures meant to curb the spread of the novel coronavirus. Quebec and Ontario announced Monday that all non-essential business would close within the next 24 hours.

"Veterinarians are an essential service," said Dr. Ian Sandler, a practising animal doctor and a member of the association's national issues committee. "We are the health care provider for thousands of animals across Canada, and it's absolutely critical that we continue to both administer medical care as needed as well as ensure supplies of medication to pet owners across Canada."

Sandler said veterinary services are necessary for the ongoing care of more than just domestic animals, though noting those animals can play an important role in home life in the age of social distancing.

Limiting access to those services, he said, would place thousands of animals at risk of not receiving crucial care or needed medications.

Sandler said most vet clinics have stayed open so far, noting that they've been asked to implement policies in line with advice from public health officials.

Many clinics have greatly curtailed public access to their premises, allowing people in one at a time or even taking animals inside for examination while owners wait outside.

Essential service designation has not been widely implemented as provincial governments ramp up their efforts to combat the pandemic, but at least two provinces have taken steps to keep animal care clinics open.

Veterinarians offer ventilators as they fight to be declared essential service

Veterinarians are listed among businesses allowed to stay open in both New Brunswick and Prince Edward Island, which have declared a state of emergency and public health emergency respectively in recent days.

Vets also made the list of critical services released by the Quebec governments on Monday, hours before looming closures of non-essential businesses went into effect.

The same held true for Ontario, where the provincial government released a similar list hours ahead of when it had been promised. Veterinarians and pet stores were included.

One Toronto vet was desperately hoping her west-end clinic would make the list.

Dr. Hana Schwarz said she has seen no drop in the need for her services since the pandemic brought large swaths of Canadian society to a standstill last week.

She said it's vital to allow offices like hers to remain open, noting that there is no true alternative to specialized animal care even when it comes to prescribing routine medication.

"About 75 to 80 per cent of the supply that we will prescribe .... are veterinary prescriptions that may not be available at a pet store or a regular human pharmacy," she said.

Of course veterinary clinics are an essential service - our pets need continued health care as well as the human population. To deny this would be an act of animal cruelty, which is punishable by law in all Canadian provinces and territories. The vet clinics can take the same type of precautionary steps that other businesses and essential services are taking - limiting the number of people at a time, and as suggested in this article, reducing the human to human contact by having the pet's human family members wait outside while their pets are being treated.

Governments make laws: a government providing the the lives of humans cannot possibly be committing an act of cruelty.
Animals important in food production certainly must be looked after, but at the point they require respirators, they'd be put down anyway.
Pets just aren't more important than people, much as individuals defend their "rights" to let them poop at others' gates, or paw up their gardens. Much less spend fortunes on them as they decry basic social spending: there are pets in my city that owners spend more money on than governments spend on each homeless individual, or person on welfare -- and many of those pet owners believe that is an appropriate situation.
No ecological balance depends on pets in households. They are important companions, and important teachers of caring, compassion, etc. But the truth is that they have much shorter lifespans than people, and pets die every day.
The more important issue is that there *are* illnesses pets can pass to people, not to mention that if pets die at home, there is often no appropriate way or place to dispose of bodies.
I'm fully in favor of vet clinics remaining open, but perhaps their ventilators should *all* go to hospitals for as long as people will die without them.
BTW, I am terribly concerned with what we've done to populations of wildlife, to the general ecological balance of many areas of our country, and the ongoing persistence of industry and government in ignoring that ... not to mention the risks and negative health impacts to humans who have no option to simply just go elsewhere. The problem has become so intense that there is very little if any truly environmentally safe place left.
And FWIW, totally support a vegan choice -- not out of an odd sense of "animal rights" or "kindness to animals" (which I've always subscribed to as a result of how I was brought up), but because there is every reason to have a plant-based diet, and no reason not to).
Yes, pets' lives are saved every day because vet have ventilators, but if it comes down to choosing random pets' lives over random people's lives, I say let the vets give up the ventilators as long as there is a shortage or impending shortage in hospitals.
Let them stay open for non-routine purposes. Vaccinations and nail-clipping can be postponed.

Well written F Nordvie!! I wonder how many readers will actually understand the comments and are willing to take the action needed.

I understand some of your

I understand some of your points, but in general you are saying that all people's lives are more important than animals lives. Would this apply if that person was Adolf Hitler, David Berkowitz, Jeffrey Dahmer, or worst of all, The Donald? Making a generalization like that smacks of speciesism. If one of my pets or any animal I was aware of needed treatment, I would put them ahead of any of the people I listed, and I trust that many compassionate people would do the same if it came down to having to make the choice.

You sound like a caring, compassionate person yourself, from the views you express regarding wildlife protection and veganism, views which are due to the way you were brought up, so I'm sure you know how animals in factory farming establishments are treated, yet you say that these animals must be looked after for the sake of food production. You can't have it both ways. These animals live horrific lives in order to reduce the cost of providing for those people still eating animals. Yes, there are great arguments for veganism apart from compassion and empathy, as you mentioned, and these reasons will likely be the main factor in our societies switching to a plant based diet, but going vegan for the sake of one's health and the protection of the environment (both of which I agree with), while ignoring the plight of the animals currently living and dying in these horrific factory farming conditions is again a form of speciesism.

Your complaints about pets' behaviour regarding neighbours' properties reflects on irresponsible pet guardians, not on the animals themselves. These same guardians would likely throw litter out themselves without a second thought. You make another generalization when you say that many pet owners feel it's right to spend more money on their pets than to look after the 'disadvantaged' people (my niece recently told me that is considered the proper term to use for the homeless now). Where is your evidence to back this generalization up? Many pet guardians that I know, including ourselves, also financially support 'disadvantaged shelters' and other non-profit organizations that deal with human oriented social justice issues. A persons' devotion to ending the suffering of other animal species does not preclude them working for human social justice causes as well.

I'll end with a quote from Mahatma Gandhi that you are probably already aware of : "The greatness of a nation and its moral progress can be judged by the way its animals are treated".