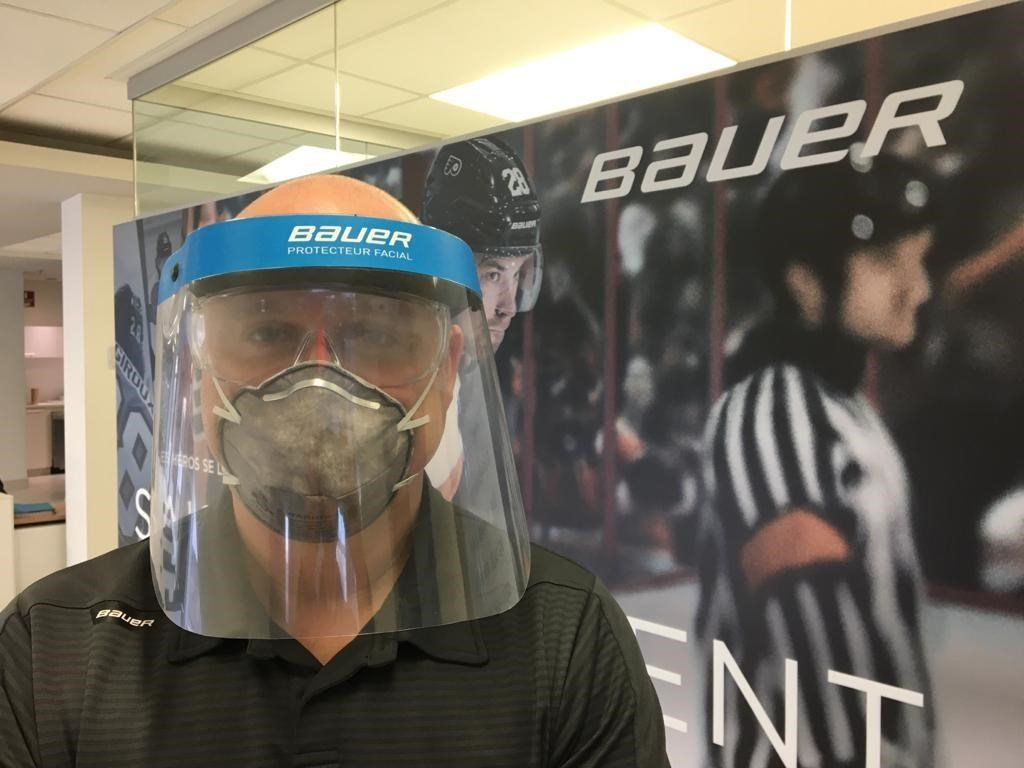 A man wears a protective mask in a handout photo. Handout photo by Bauer-Ivan Labonte
Previous story
Next story

The protective equipment to help deal with the COVID-19 pandemic would be produced at the company's innovation centre in Blainville, Que., as well as its facility in Liverpool, NY.

"We say we’re a protective company ... Then why aren't we starting to (make) protection for our doctors, nurses, hospitals, and their needs?” Bourgeois said, adding the company will try to make 2,000 units daily.

Bourgeois says the company was inspired to produce protective gear after hearing Premier Francois Legault say manufacturers in the province could have a role to play if supplies run low.

"I contacted my CEO (Ed Kinnaly) and he said, 'Hey, Dan, you have carte blanche. Go do it.'" Bourgeois said.

The proposed single-use, full-face visors are made of plastic and contain anti-fogging material. Bourgeois adds Bauer is in the process of developing visors that can be cleaned, disinfected, and reused.

With non-essential businesses ordered closed in Quebec, the company is notifying the provincial government it will re-open while producing essential services before going into production Monday.

The provincial government's Ministry of Economics and Innovation could not immediately be reached for comment.

Bourgeois adds the company doesn't expect to make a profit on the project, nor is that the goal. He said Bauer might also have other protective goods on the way.

"We really feel it's our part in helping to fight COVID-19," Bourgeois said. "And also to keep my people busy."