'Not the time to lighten up,' health committee hears in first-ever virtual briefing 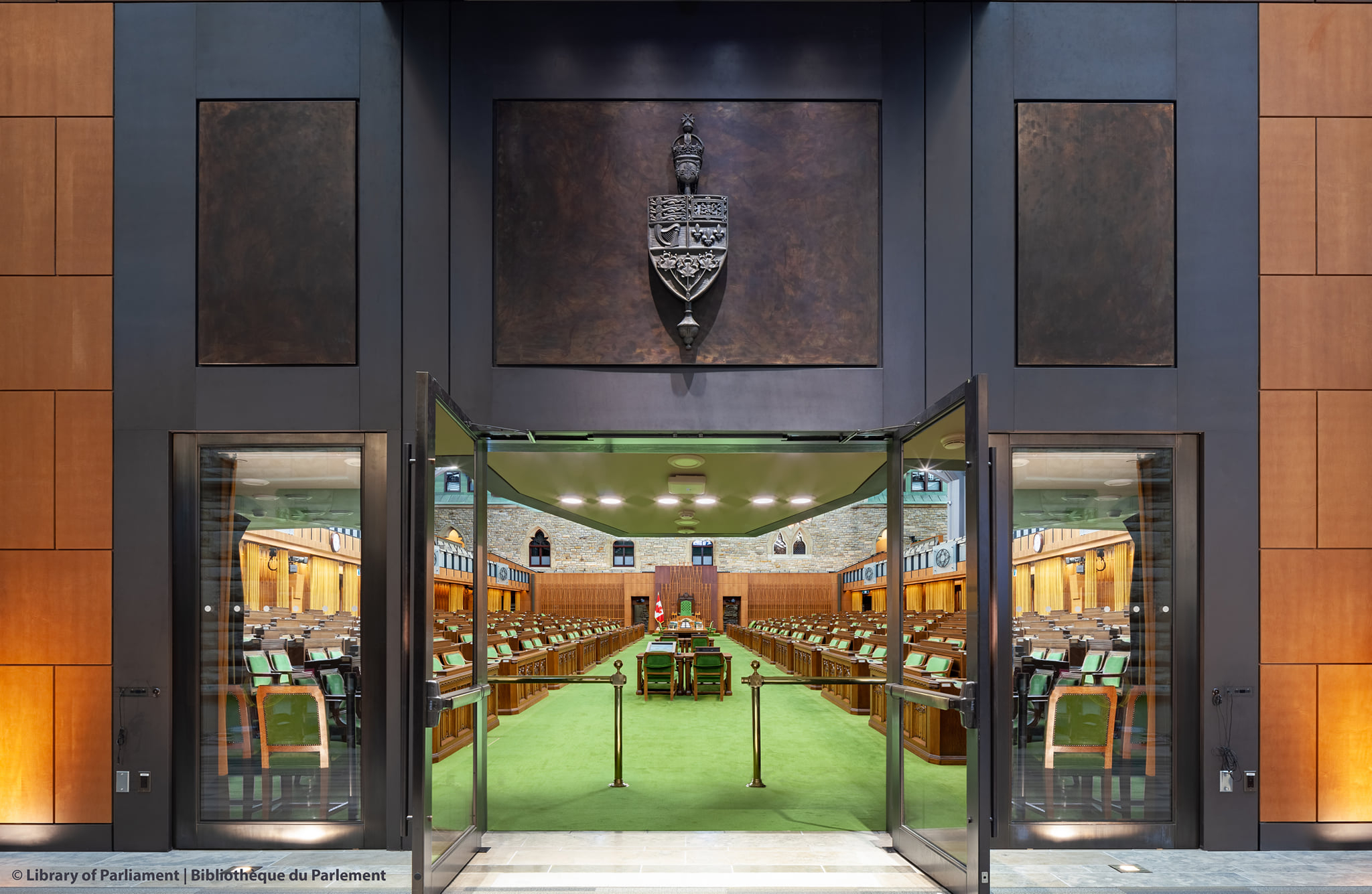 File photo of the House of Commons chamber. Library of Parliament Photo
Previous story
Next story

Senior officials from the Public Health Agency of Canada, the Canada Border Services Agency, Global Affairs Canada and Health Canada briefed MPs in an audio-only environment on the extraordinary efforts being taken to fight the spread of the virus, secure necessary medical supplies and push forward research on a vaccine.

“In terms of the overall Canadian response, since we’re seeing a daily increase in cases both globally and here in Canada, the risk to Canadians is considered high,” said Tina Namiesniowski, president of the Public Health Agency of Canada, in her opening remarks.

There are now 33,693 confirmed deaths from COVID-19 globally and 719,758 confirmed cases from 197 countries and jurisdictions, said Namiesniowski, adding that the United States now has the greatest number of cases of any country.

“We are already seeing a significant impact on our health care system, as facilities are activating their pandemic plans and moving forward aggressively with preparations,” she said.

“Now is not the time to lighten up — now is the time to ensure that Canadians are very seized with the importance of those measures, and that they continue to follow the direction that’s offered both federally, as well as by their jurisdiction and local public health, to double down and ensure that we’re all doing everything we can to flatten the overall epidemic curve.”

Off to a rocky start

Tuesday’s meeting of the Standing Committee on Health was the first time that a House committee has held an entirely virtual public meeting, chair Ron McKinnon confirmed — and things got off to a rocky start, with several technical difficulties frustrating members.

MPs had to be stopped from speaking multiple times, or asked to speak more slowly or clearly, while interpreters on the line said repeatedly that they were unable to hear people properly to provide translation services.

There appeared to be a lag in the system, with several moments of silence between speakers being called upon, during which exasperated sighing could be heard. MPs complained that their questions were not being registered on the phone line.

“Honestly, this is ridiculous,” said Conservative health critic Matt Jeneroux at one point, after he had been asked to stop speaking several times.

McKinnon said House of Commons technical staff were working to set up a videoconferencing solution.

Ottawa is working on a joint COVID-19 response with the provinces and territories through the special advisory committee that is co-chaired by Canada’s chief public health officer, Dr. Theresa Tam. A range of measures have also been put in place at the border and at airports and other ports of entry, following public health advice.

Canada is restricting all non-essential travel across the Canada-U.S. land border, for instance, and has closed all its borders to those who are not citizens or permanent residents with few exemptions.

In addition to those major changes, it is now mandatory that any person who does enter Canada by air, sea or land, including Canadians, must quarantine for 14 days. Airlines are also required to conduct a health check of travellers before they board, and refuse travel to those showing symptoms.

John Ossowski, president of the Canada Border Services Agency, said that as a result of these measures there has been an overall decline of 79 per cent of traffic in all modes of travel, and 94 per cent compared with the same period last year. The border agency is now telling travellers it is mandatory to self-isolate.

Canada has issued an official global travel advisory to avoid all travel and particularly cruise ships. Global Affairs Canada is dealing with an average of 5,000 calls and emails a day.

Heather Jeffrey, assistant deputy minister for consular, security and emergency management at Global Affairs Canada, said Canada has organized 42 flights from 29 countries, allowing thousands of Canadians to return, and more flights are on the way from India and Pakistan.

Efforts are being made to secure any available supply of personal protective equipment and necessary medical supplies to treat COVID-19 patients, such as masks and ventilators, Namiesniowski said. Canadian companies are now producing medical supplies, Prime Minister Justin Trudeau announced Tuesday, after Ottawa released an industrial procurement strategy to conscript the private sector in the effort.

The government has now signed several contracts with companies to produce masks and testing equipment. It signed a $78-million deal with Spartan Bioscience Inc. of Ottawa for portable, quick testing kits, for instance.

“The COVID-19 pandemic is unlike anything we've seen in recent history,” said Stephen Lucas, deputy minister of Health Canada.

Part of Health Canada’s mandate is to regulate commercial availability of health products such as disinfectants and hand sanitizers. On Tuesday, the department issued a notice saying that, in light of the “unprecedented demand and urgent need” for these kinds of products, it is allowing access to products temporarily that may not meet current regulatory requirements.

“We are focused on expediting the review and approval of drugs and devices, to address COVID-19, while continuing to ensure that these products are safe and effective for Canadians,” said Lucas.

'A number of months' before a vaccine

Asked about the work on vaccines, Namiesniowski said the national microbiology lab and the Canadian Institutes of Health Research, and part of the National Research Council are collaborating with different research and development bodies.

“There are efforts underway to support researchers in Canada and abroad, in the context of the development of a potential vaccine for COVID-19,” she said.

“I think we all recognize it will take a number of months before any vaccines are developed, trialed, proven to be successful, and then potentially produced and rolled out for the general population.”

Timely report on Government activities. Video conferencing is definitely the way to go in these tough times. At least the government is continuing to work.

Yes! But since national

Yes! But since national security is at stake they should be looking for (or enable) a video-conferencing solution where the data stays in Canada.