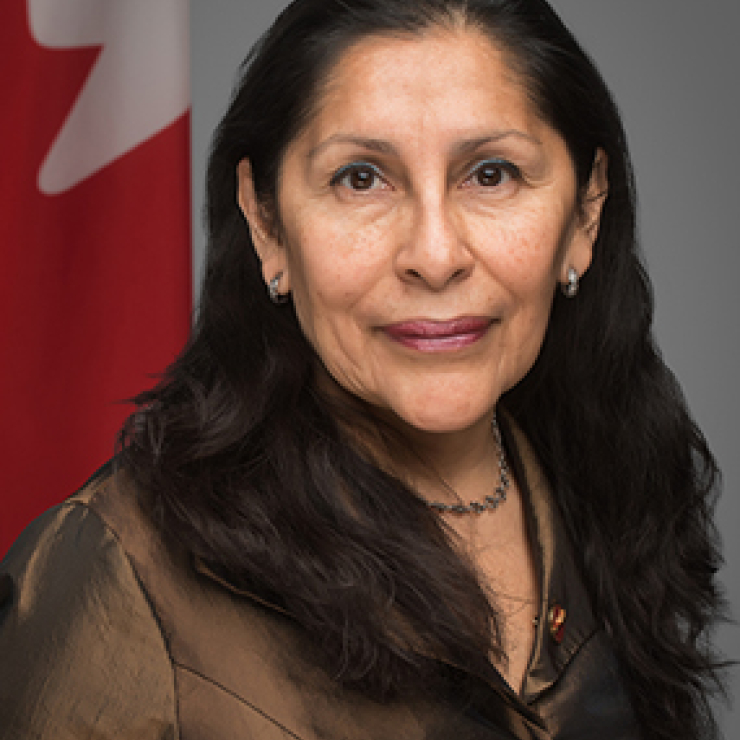 Independent Senator Rosa Galvez, originally from Peru, is one of Canada’s leading experts on pollution control and its effect on human health. She has a PhD in environmental engineering from McGill University and has been a professor at Université Laval à Québec since 1994, heading the civil and water engineering department from 2010 to 2016. She specializes in water and soil decontamination, waste management and residues, and environmental impact and risk assessment.

Throughout her career, she has been requested by private, governmental and community organizations to offer expert advice. She has also advised a number of international organizations, including on Canada-U.S. and Quebec-Vermont agreements regarding the protection of the Great Lakes and the St. Lawrence River. She also conducted an important study on the catastrophic oil spill at Lac-Mégantic.

Galvez is a member of the Ordre des ingénieurs du Québec, the Canadian Society for Civil Engineering and Engineers Without Borders. Her research has led her around the world to countries such as France, Italy, Belgium, Japan and China.

Senator Galvez was appointed to the Senate on December 6, 2016, representing Québec (Bedford).

Pollution is also systemic violence against people of colour and closely relates to the police violence that has been at the forefront of the national debate.
Opinion
By Rosa Galvez | Opinion | July 8th 2020

Parliamentarians must ensure the billions in financial assistance are deployed under the condition that they stabilize the economy, generate employment and that progress is monitored rigorously and transparently.
Opinion Coronavirus in Canada
By Rosa Galvez | Opinion | March 31st 2020

We need visionary leaders ready to face the climate emergency

Political leaders must respond to the challenges and opportunities of the 21st century credibly, not deny the complex world we now live in or only pay lip service to it.
Opinion Election 2019
By Rosa Galvez | Opinion, Politics | October 1st 2019