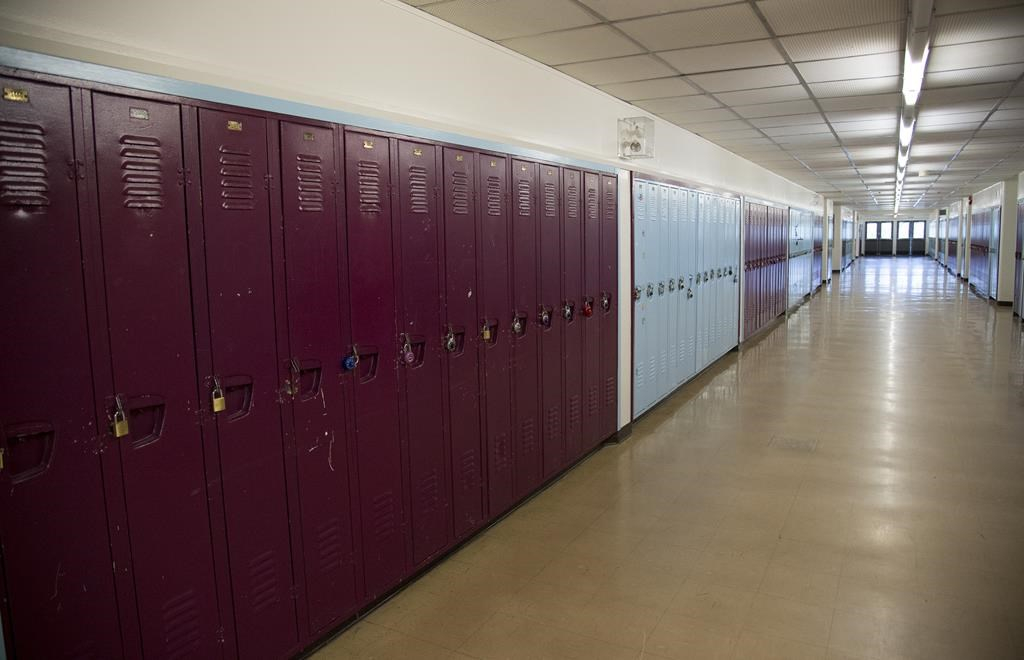 Alberta's education minister, in her first public comments since laying off more than 20,000 people in an email on the weekend, resisted Opposition calls to reverse her decision.

Adriana LaGrange also declined to say why she ordered the layoffs despite promising two weeks earlier to keep full education funding in place for the rest of the school year — but she noted the COVID-19 crisis is a fluid situation.

"We are in unprecedented times, and both governments and businesses are making difficult decisions," LaGrange told the legislature in question period Tuesday.

"This pandemic has changed how our education system functions and, like the private sector, we are still adapting to this new reality. This is a temporary measure that will be reversed when classes resume."

LaGrange closed schools on March 15 due to the novel coronavirus outbreak, but at that time announced funding would stay whole.

On Saturday afternoon, as schools geared up to begin virtual at-home programming for thousands of students, she directed school boards to lay off more than 20,000 support staff, including substitute teachers, school bus drivers and educational assistants who work with special-needs students.

LaGrange said the resources were not needed in the switch to virtual schooling and the estimated $128 million saved could be used to fight COVID-19.

Contracts for educational assistants must be concluded by the end of April and reduced use of substitute teachers is to begin Wednesday.

United Conservative Premier Jason Kenney, speaking at a pipeline announcement in Calgary, said the province can't afford to pay bus drivers while buses are parked and janitors while schools are closed. They are in the same situation as laid off workers in other industries, he said.

"We're all in this together."

"They're working every day to provide routine and support and to ensure that these kids don't fall behind," said Notley.

"Parents know they (LaGrange and the government) are wrong, and they feel betrayed."

Tuesday was the first time the Alberta legislature has sat since March 20. Kenney has kept the spring sitting going but is only recalling the house to pass emergency legislation tied to the outbreak.

Alberta is under a public health emergency.

Members of the legislature kept their social distance in the house under a cross-party agreement.

Earlier in the day, Nixon said the UCP and NDP agreed to reduce their numbers proportionately while still maintaining the 20-member quorum needed to run the 87-member house.

During question period, members on both sides sat one empty chair away from each other. There were 31 from the UCP and seven NDPers.

Deena Hinshaw, Alberta's chief medical officer of health, has directed that public gatherings be no larger than 15 people. But all 87 members could still sit in the legislature because the government is deemed an essential service.

Also on Tuesday, Hinshaw reported 64 new cases of COVID-19, bringing the total in the province to 754.

She added that another resident also died at Calgary's McKenzie Towne Continuing Care Centre, bringing the number of deaths in the province to nine.

This report by The Canadian Press was first published March 31, 2020