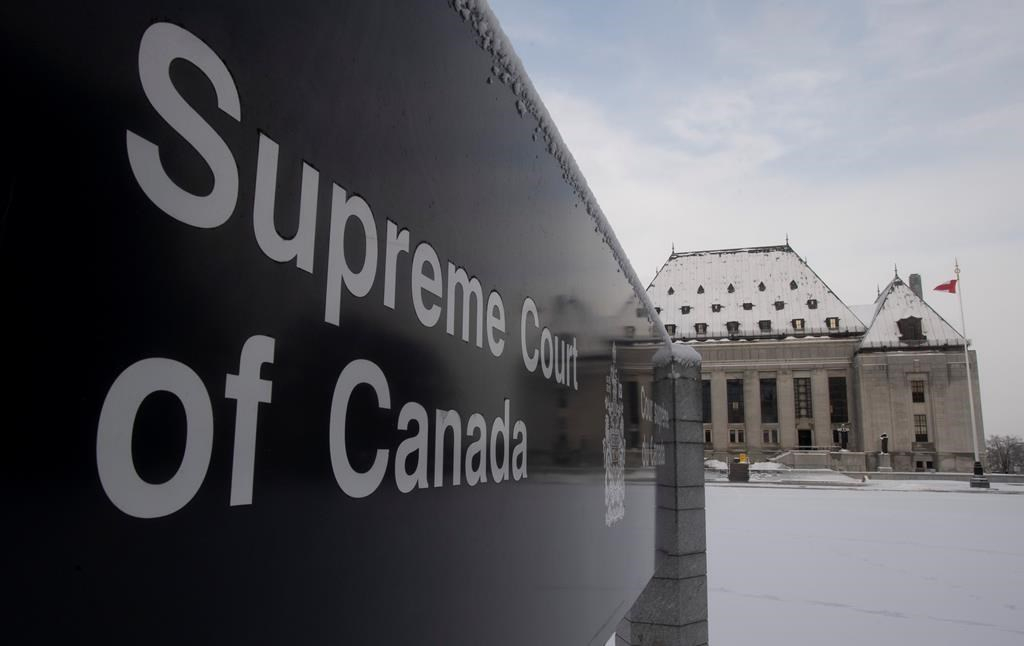 The Supreme Court of Canada is seen in Ottawa, on Thursday, January 16, 2020 in Ottawa. File photo by The Canadian Press/Adrian Wyld
Previous story
Next story

The Squamish Nation, Tsleil-Waututh Nation, Ts'elxweyeqw Tribes and Coldwater Indian Band say they have each filed applications with the Supreme Court of Canada.

They are seeking leaves to appeal a Feb. 4 decision by the Federal Court of Appeal that found cabinet's approval of the pipeline project in June 2019 was reasonable under the law.

While some court processes are paused due to the COVID-19 pandemic, deadlines for leave to appeal applications at the Supreme Court remain in effect.

The First Nations say they have fought and challenged the project through every federal court and now they want to take it to the next step.

In a video news conference Tuesday, Tsleil-Waututh and Squamish leaders said they're challenging the adequacy of Indigenous consultation leading up to the second approval of the oil pipeline project.

"If unchallenged, it could change the way consultation and consultation cases happen in Canada, making it less meaningful for protecting our inherent constitutionally protected Aboriginal rights," George-Wilson said.

The decision relied on a finding that cabinet's determination of its own consultation process was adequate, and the First Nations argue the decision should have been made at an arm's length, she said.

"Cabinet is not an expert in consultation and as owners of the project, they were unable to objectively assess the adequacy of their own consultation," George-Wilson said.

The Federal Court of Appeal overturned cabinet's first approval of the pipeline expansion in 2018, citing insufficient consultation with Indigenous Peoples and a failure to take into account the affect on marine animals. After another round of consultations and a second look at how marine life would be affected, cabinet gave the project a green light.

Last month, the Supreme Court of Canada decided not to hear five challenges from environment and Indigenous groups from British Columbia, which included the Tsleil-Waututh and the Squamish First Nations.

Some of those groups challenged a Federal Court of Appeal decision in February not to hear their request to consider whether there had been sufficient consultation.

Squamish Coun. Khelsilem said the First Nations are under increased pressure during the pandemic but construction on the Trans Mountain pipeline is still proceeding.

While community members are asked to stay inside and avoid contact with one another, major resources projects have been allowed to proceed.

"For the nations it's challenging that the governments are asking us to be on lockdown for weeks or months while at the same time pushing projects through our territories," said Khelsilem, who goes by a single name.

"It creates an uneven playing field where we are not able to respond to the scale and scope of the requests for comment and consultation because our offices are closed and our staff are dealing with a crisis situation."

The Squamish Nation, which has about 4,100 members centred around the Burrard Inlet and Howe Sound, believe the seven-fold increase in tanker traffic from the Trans Mountain expansion poses too significant a risk to their traditional territory.

"We are very disappointed to have to go to court over this over and over again with this government but we are doing this in the best interest of our community and our nation," Khelsilem said.