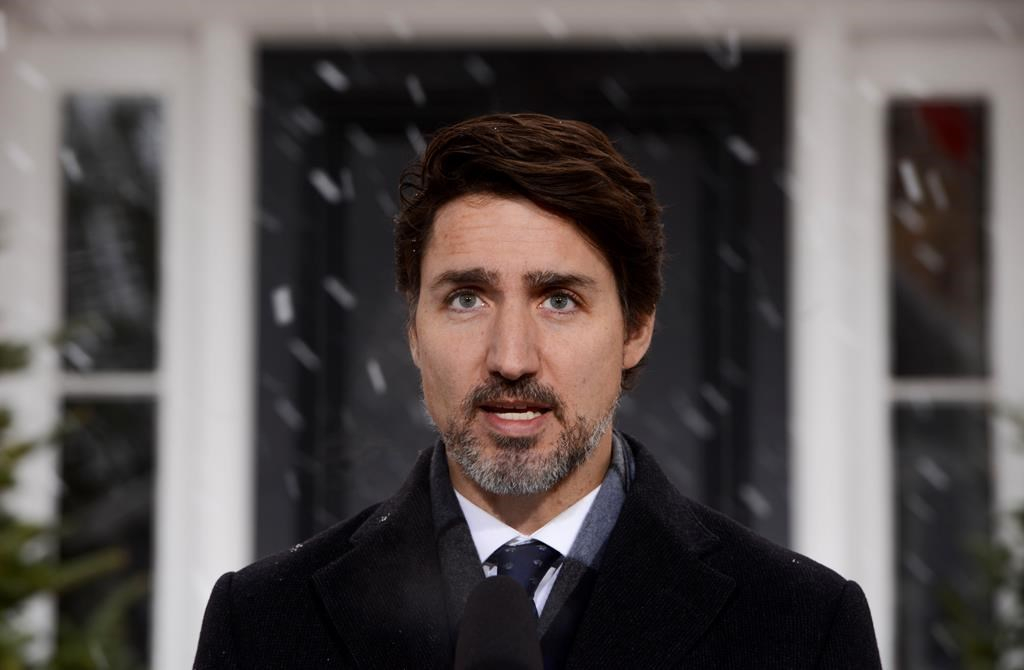 The federal government is quietly looking at a plan for longer-term recovery from the COVID-19 crisis even as its focus remains squarely on getting more than $100 billion in emergency economic aid out the door.

The plan, while still in its infancy, is picking up in part from where the government's economic strategy was headed before COVID-19 turned everything topsy-turvy: with a climate budget.

"When the recovery begins, Canada can build a stronger and more resilient economy by investing in a cleaner and healthier future for everyone," said Moira Kelly, a spokeswoman for Environment Minister Jonathan Wilkinson.

Women and Gender Equality Minister Maryam Monsef said in a recent interview that there are three prongs to the government's response, starting with direct aid to people, then supporting businesses so they can continue through and after the COVID-19 pandemic.

"At the same time we are laying another track so that when it's time to begin the quote unquote cleanup and the economic and community recovery, that my team has done its work in preparing a blueprint for what steps we take next," she said.

Some ministers, whose portfolios are less directly connected to the pandemic response, are looking more closely at the longer-term picture. That includes ministers like Wilkinson and Infrastructure Minister Catherine McKenna.

Before COVID-19, both Wilkinson and McKenna were major players in the federal budget preparations, which was promised to be a down payment on the government's strategy to reach net-zero emissions by 2050. That policy, an election promise Trudeau made last fall, would reduce emissions to the point where the remainder can be absorbed naturally or with technology, leaving none in the atmosphere to trap heat and warm the planet even further.

Some of the budget's plans are expected soon, including a massive investment to clean up abandoned oil wells in Alberta that is part of the federal strategy to find new jobs for energy workers leaving the oil patch. Finance Minister Bill Morneau said March 18 such an investment was coming, and Alberta Premier Jason Kenney told his province last week to expect an "extraordinary" federal investment for orphan wells.

Another election promise, interest-free loans of up to $40,000 for homeowners to install cleaner energy solutions and efficiencies like solar panels and better windows, is also said to be in the works. It would mimic previous stimulus programs that inject money into the economy by making it easier for consumers to make home improvements.

Wesley Johnston, president of the Canadian Solar Industries Association, said Ottawa has indicated some programs it is working on for clean energy investments. He said the government mostly wants programs that can be implemented quickly and will create jobs and liquidity in the economy.

Johnston was one of the signatories on an open letter to Trudeau last week encouraging him to look at clean technology and energy investments as keys to the economic recovery package.

On Thursday, the Green Budget Coalition also wrote the government asking for it to ensure that the global climate emergency and biodiversity loss remain front and centre in the recovery process planning.

Conservative Leader Andrew Scheer said his party will have more to say about the recovery plan once the immediate health crisis is over, but added the government can't return to Liberal policies as usual, particularly as it relates to the damaged oil and gas sector.

"We will have to start having conversations about how we can have a much more competitive tax system, much less and fewer regulations that block investment from coming in," he said. "We're going to have to talk about how we're going to kick-start big projects that are already on the books and those conversations will happen."

Ralph Goodale, a former minister of public safety and finance, oversaw a number of recovery plans following smaller-scale disasters like major floods and forest fires. Still he said there will be people not needed on the front lines asked to chip in efforts for the recovery plan, which will be complex and forge some new ground.

"Figuring out exactly how to do it is going to take a lot of ingenuity," he said.

Goodale said he thinks there will have to be some longer-term stimulus for sectors like transportation, tourism, and energy, which are going to feel the hurt of this slowdown more deeply and longer than others. He also encouraged his former cabinet colleagues to be creative in packaging recovery programs that do more than one thing, such as address climate change and Canadian self-sufficiency in medical supplies or agriculture, at the same time.

Conference Board of Canada chief economist Pedro Antunes told The Canadian Press a big economic stimulus package to restore the economy, like we saw in the 2009 financial crisis, might be unnecessary as the harm done now should reverse itself when the COVID-19 restrictions are lifted.

"Once we start to reopen the economy, take this prescription of social distancing out, I think the economy will bounce back fairly well by itself," he said.

— With files from Teresa Wright

1) "Once we remove social

1) "Once we remove social distancing the economy should bounce back by itself". Distributing a vaccine is 12 to 18 months away if one even exists, With the EI system swamped with one million new applications in March and this time horizon, this idea is dreaming in technicolour.
2) "Resiliency" and "bouncing back" are the wrong image. Both because of the expected duration of this situation (see above) and because pursuit of economic goals has made our civilization far more fragile to such shocks even as it has increased the likelihood of such shocks. Think "adaptation": "the process by which an organism or species becomes suited to its environment". We have already missed the chance to ever have a "normal" in the lifetime of anyone alive today; we have passed too many tipping points.

Ralph Goodale's got the right

Ralph Goodale's got the right idea. Too bad he is not in cabinet anymore.