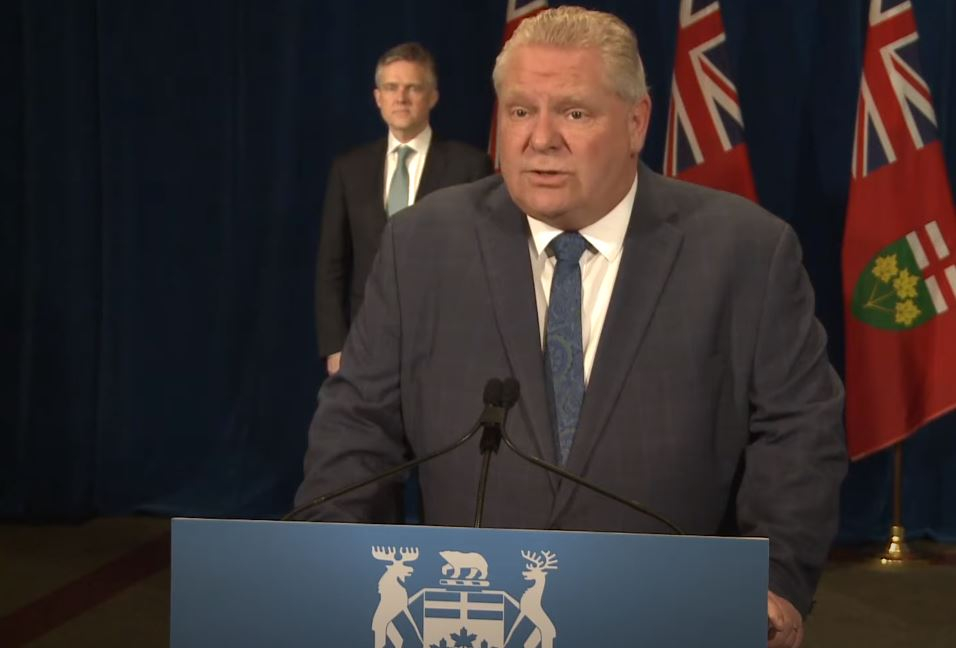 The province isn’t out of the woods yet ⁠— Premier Doug Ford announced plans to extend Ontario’s state of emergency for another month, meaning a return to normal life is far away. And although the province has managed to secure more protective equipment for front-line medical workers, its COVID-19 testing is lagging and there are 89 outbreaks in long-term care homes.

“My biggest fear is that we get another wave and it hits us,” Ford said.

Still, the premier added, “We’re seeing a glimmer of light at the end of the tunnel.”

“I am very hopeful as well, but with an abundance of caution,” said Dr. Barbara Yaffe, the province’s associate medical officer of health. “I think that it’s going as well as it can, but there’s always room for improvement.”

So far, the province appears to be doing better than modelling predicted earlier this month. Ontario’s best-case projections showed a surge of COVID-19 cases could fill more than 1,000 ICU beds by April 13; numbers released by the province Monday showed just 263 Ontario COVID-19 patients in ICU.

The province will release updated projections in the coming days, Ford said.

It also appears Ontario’s number of new cases is on the decline, Yaffe said. The key will be whether that trend holds, especially as the province attempts to ramp up its much-criticized testing program.

Last month, officials said they were hoping to process 18,900 coronavirus tests per day by April 17. But struggling with global supply shortages, the province has tested 5,000 people in the last 24 hours, and over the weekend announced a scaled-back plan that would aim for 16,000 tests per day by the first week of May.

“Get these damn tests done,” said a visibly frustrated Ford on Monday. “I’m not a medical doctor but it doesn’t take a rocket scientist to figure out the more people we test the quicker we’re going to put an end to this.”

Ford said the legislature will sit for a quick session Tuesday to pass five new pandemic response measures, and to extend Ontario’s state of emergency for another 28 days.

Ford said it is "a little premature” to know whether Ontario schools ⁠— scheduled to come back May 4 ⁠— will restart on time.

Ford also said it’s too soon to re-open Ontario businesses. Emergency measures will eventually be lifted, he said, and gradually. But not yet.

Though Ford warned last week that Ontario was close to running out of crucial equipment for medical workers, he said Monday that the problem had eased.

28 more ventilators ... that's not even one per long-term care "residence," where the daily deaths total continues to rack up.
Why aren't they testing every single person in those "homes", insisting they be staffed only by ppl who've already recovered from the illness or who themselves remain resident, and moving all the residents who test positive into ICUs?
Is there not enough room in the hospitals? Are they being sacrificed?
The new deaths rate in Canada rivals those in countries with refugee camps or large proportions of the population living in slums. It's significantly greater than in the US.

Fact check: according to the