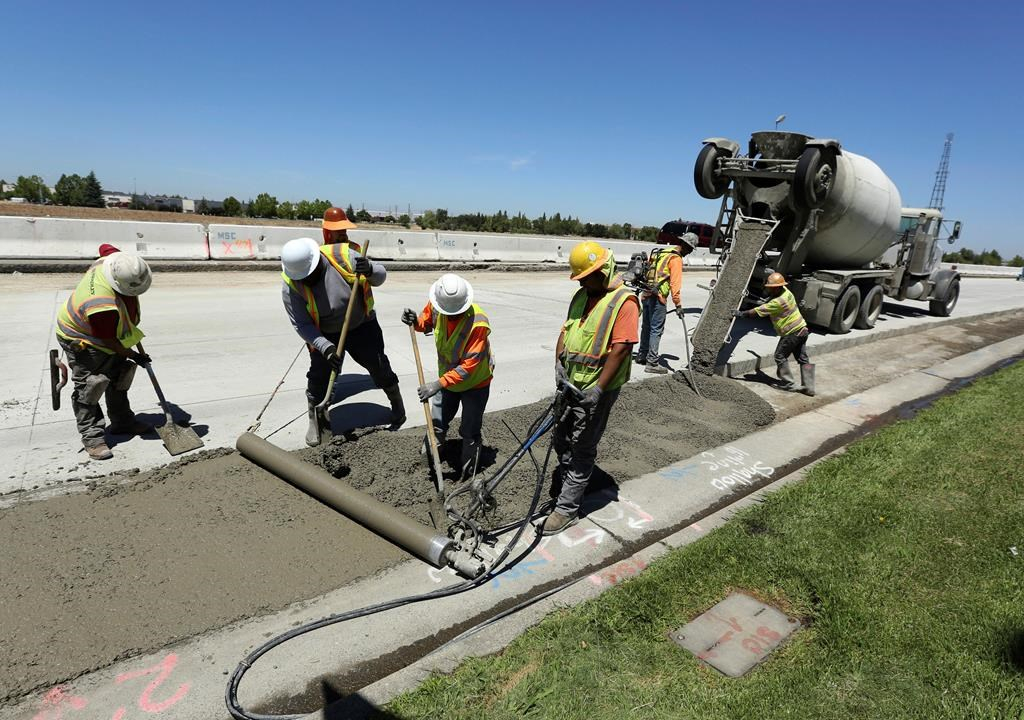 Trainees roll pipe off the catwalk during a training session to lay down drill pipe on a rig floor at Precision Drilling in Nisku, Alta., in a January 20, 2017, file photo. File photo by The Canadian Press/Jason Franson
Previous story
Next story

The deep downturn in North American oil and gas drilling has resulted in nearly 3,000 fewer employees working for Precision Drilling Corp. now than at the same time last year, its CEO said Thursday.

The company has about 1,800 fewer employees on its U.S. rigs, with just 35 rigs working now versus about 80 last year, CEO Kevin Neveu estimated on a conference call to discuss first-quarter results.

In Canada, where only 11 rigs are currently operating, the head count is down about 1,000 employees, he added.

Drilling is an industry where workers are frequently laid off for seasonal and cyclical reasons, but Neveu said this downturn is worse than most.

"I think the one part that's hardest on Precision is that, historically, we tried not to lay people off in our offices, but we're done that both in Houston and Calgary — and Red Deer — and a number of long-term employees, some ranging on more than 30 years, have been asked to retire and leave the company," he said.

"It's been really tough on the employees the past eight weeks. We're really hoping in a recovery we can pull those people back."

The loss of oil demand because of measures to deal with the COVID-19 virus outbreak, combined with an oil price war led by Saudi Arabia and Russia, have resulted in "the deepest downturn the oil and gas services industry has ever experienced," Neveu said.

While first-quarter results were only lightly impacted by the situation, it is expected to have a much deeper impact on results for the rest of the year, he added.

The federal government's recent announcement of $1.7 billion in grants to help to clean up orphan and inactive wells in Alberta, Saskatchewan and British Columbia will preserve hundreds of jobs in Precision's oilfield services area, Neveu said.

But he added the aid doesn't help drilling contractors — some of Precision's smaller competitors currently have no rigs operating at all.

Also Thursday, the Petroleum Services Association of Canada announced a revised 2020 Canadian drilling forecast of 3,100 oil and gas wells, a level not seen since 2,900 wells were drilled in 1972.

Precision reported a loss of $5.3 million for the quarter ended March 31 compared with a profit of $25 million a year earlier, while revenue came to $379 million, down from $434 million in the first quarter of 2019.

It posted restructuring charges of $10 million, comprised of $9 million of severance and $1 million from costs of shutting down its U.S. directional drilling operations.

The company has previously announced lower salaries and capital spending.

Companies in this story: (TSX:PD)

The photo above this story

The photo above this story does not match the cutline.