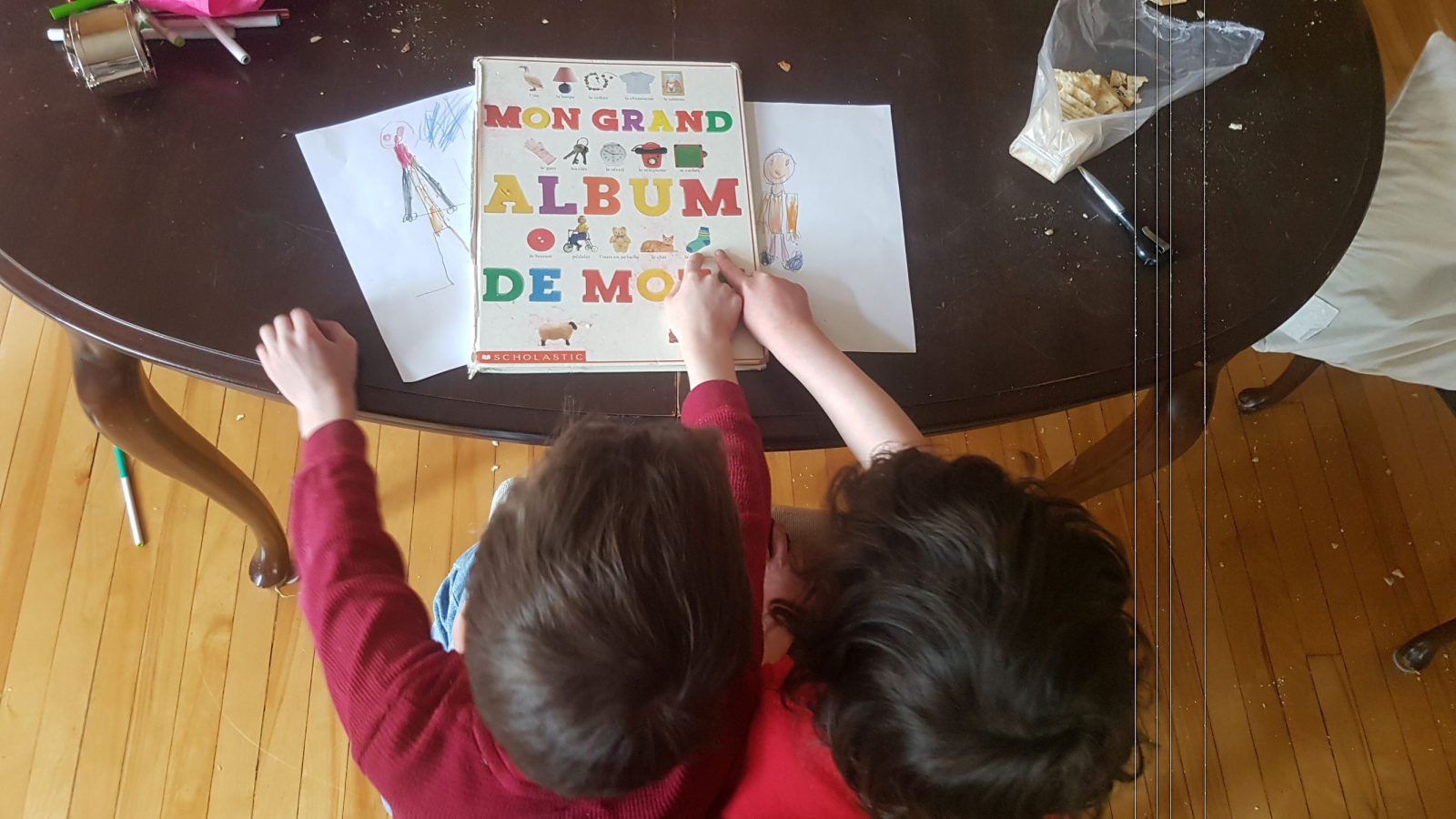 Children doing school projects at home during the coronavirus pandemic in April, 2020. Photo by Nora Loreto
Previous story
Next story

Quebec has been hardest hit by COVID-19 in Canada. The wave of illness that washed up from the province’s early March break, tied to outbreaks in New York and France, set the stage for Canada’s worst outbreak.

Even now, at week eight of the outbreak, Quebec’s new infection rate remains high: Several hundred people are infected daily and, as of Sunday there were more than 31,865 confirmed cases. Quebec’s death rate remains high, too, with 2,205 people dead as of Sunday, higher than all other provinces’ death rates combined. The situation is especially bad in the province’s long-term care facilities in the greater Montreal region.

Outbreaks in hospital units are increasingly threatening patients hospitalized for other reasons.

And yet, amid a stretch of unprecedented death, the province has decided to open daycares and elementary schools on May 11 (one week later in Montreal).

The details of how children will go back to school have been thin. Classes will be capped at 15, but there’s been no announcement made on what they’ll do with the students who flow over this cap. There have been no promises made for personal protective equipment for staff or students, no information about hiring extra custodial workers to carry out a new sanitization routine and nothing about how the province plans to enforce physical distancing, an especially difficult task with small hallways and cubby holes crammed together.

The Quebec government, backed by the province’s association of pediatric doctors, argues that this will be a low-risk move and, on the balance of everything, better for kids. And, it won’t be mandatory, so kids who have compromised immune systems, or who have parents who simply prefer to wait, can stay home.

This has made many parents, me included, extremely suspicious. While the pediatric doctors have argued that the harm students might experience at home thanks to domestic violence, poor nutrition and lack of stimulation is greater than the risk posed by the virus, there is little proof the government is interested in addressing these important issues. There have been no investments made to help feed hungry kids or create new programs to intervene in domestic violence.

They could have first reopened parks, hired people to disinfect the play structures and allowed families the chance to finally be able to enjoy playgrounds again. They could have started with allowing families to carefully open their social circles with other families. They could have given families money for craft supplies. All of these measures would have helped to stimulate our children as they ride out the pandemic at home.

"Amid a stretch of unprecedented death, Quebec has decided to open daycares and elementary schools on May 11 (one week later in Montreal)."

It’s clear that this decision is being made in the best interest of Quebec’s economy and not its children. It might not hurt children, if the theories about COVID-19 not being as much of a threat to kids turn out to be true, but we simply don’t know yet.

If the goal was to help ensure the safety and mental health of children, they have decided on the riskiest option available. What’s worse, by opening schools, the provincial government can claim it is improving children’s mental health, safety and nutrition simply by returning to the status quo faster than any other province.

It might be a smart political ploy, especially in a province where the Coalition Avenir Québec’s voter base does not overlap with the worst of the outbreaks and deaths in Montreal, but it also could set in motion new outbreaks.

Children might be at least risk (though we have no idea what the long-term effects on them will be), but their parents aren’t. Neither are their grandparents.

Perhaps more concerning than the schools being open is why they’re being open: To allow manufacturing and construction to return to normal. Opening schools is the easiest way to ensure the CAQ’s other promise — to reopen the economy — is possible. It was no surprise they chose May 11 as the first day of school and the first day of the economy’s reopening.

Already, we can see there is an emerging crisis in various industries: They are the new centres of outbreaks. Workers have died in mining, in meat packing and in manufacturing, due to coronavirus outbreaks at their worksites.

We need to learn to live in pandemic normal, but not by rushing to restore our previous normal lives. Pandemic normal will mean there will still be inconveniences and differences. It requires more investment in social programs and crucially, to slow the pace at which we attempt to reestablish our old lives.

If we’re almost through the first wave of the illness (and even that is up for debate in Quebec), we need to be proactive and avoid hurling ourselves towards the second wave on the relative calm that our collective has so far managed to create.

A look at provinces plans to emerge from COVID-19 shutdown