Ontario calls for national strategy on contact tracing of COVID-19 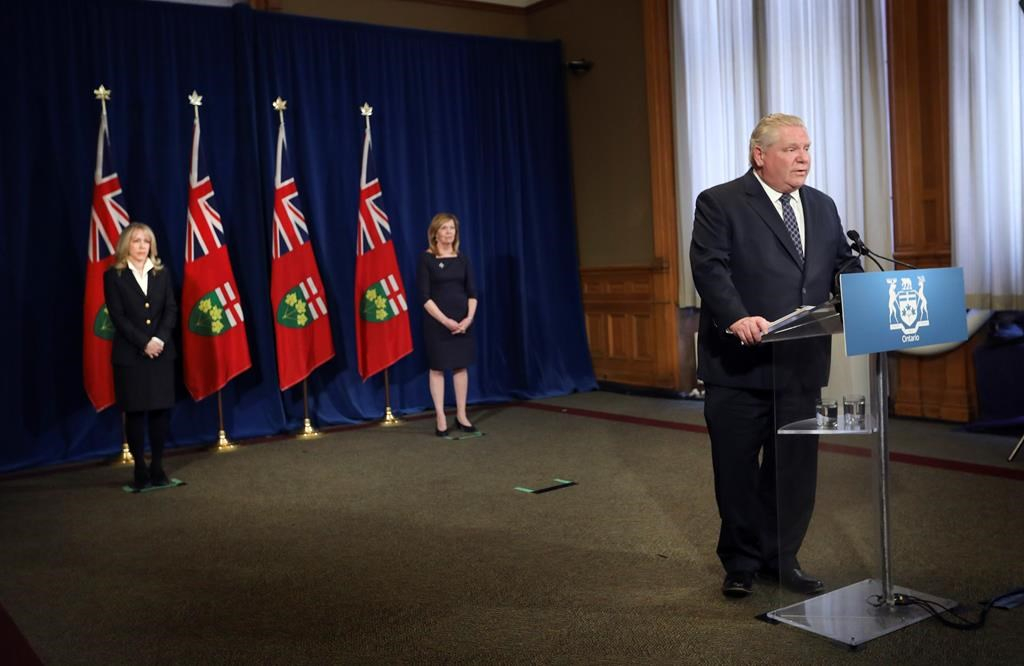 Ontario Premier Doug Ford answers questions at a COVID-19 briefing at Queen's Park in Toronto on Monday, May 4, 2020. Photo by The Canadian Press/Richard Lautens-Pool Image
Previous story
Next story

Ontario's premier is calling for a national strategy on contact tracing.

Doug Ford says he spoke with Deputy Prime Minister Chrystia Freeland on Monday about the matter and planned to make the case to his provincial counterparts this week.

"It's absolutely critical moving forward for many reasons."

A spokesperson for Freeland, Katherine Cuplinskas, said the deputy prime minister agrees that a "united approach" to contact tracing "will be key to a safe, prudent economic re-opening."

Thorough contact tracing is a labour intensive containment strategy in which each person diagnosed with COVID-19 is not only isolated but questioned about any behaviour that might have caused anyone in their social circle to also be infected.

Along with rigorous testing, it's widely regarded as a key step to containing future waves or outbreaks as COVID-19 restrictions are eased.

Contact tracing is primarily conducted by local public health authorities. But the federal government has been trying to help strengthen the testing and tracing capacities of the provinces and territories.

Ontario's medical officer of health, Dr. David Williams, said Monday there would be advantages to a national approach, but acknowledged it is a challenge.

"The full package of the contact management and containment is more the challenging one," said Williams, referring to the process as akin to "a full police investigation."

This report by The Canadian Press was first published May 4, 2020.

By The Canadian Press | News, Politics | May 4th 2020
RACE AGAINST CLIMATE CHANGE

By Fran Yanor | Opinion | May 1st 2020
Coronavirus in Canada

BC has had contact tracing integrated into their plan almost from the beginning. Most recently BC has rejected several technologies that claim to do this for them, so the technological fix some claim may not be as good as advertised. Having said that, a national plan sure makes more sense than each province going it alone, since it would enable tracing when people travel within Canada. Should give some thought to travellers from abroad as well in this consideration, particularly those from the dis united states.