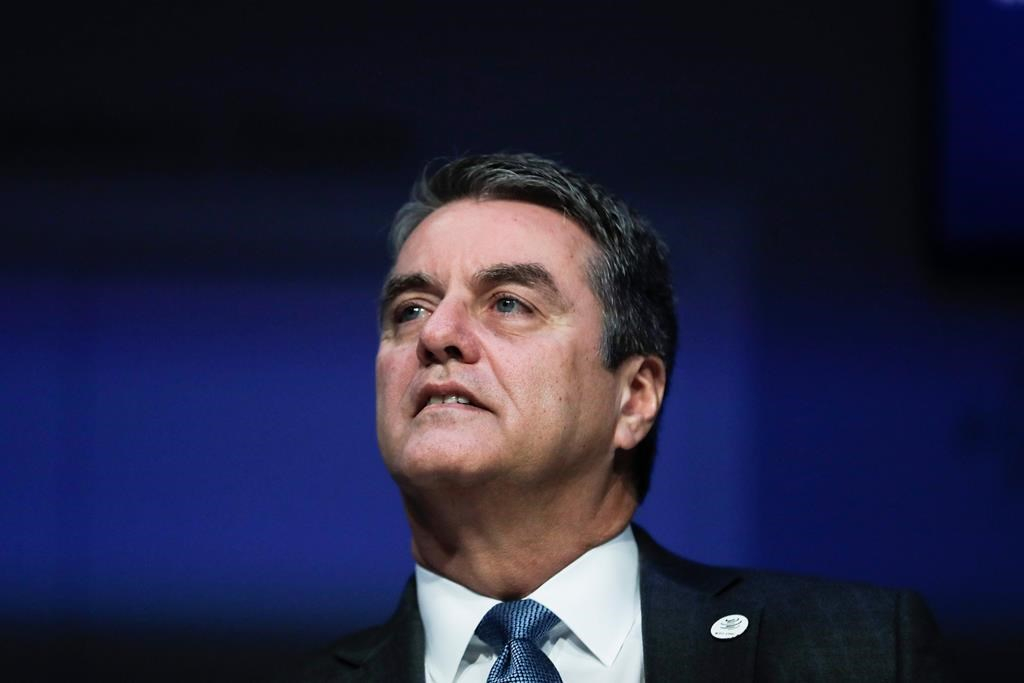 Canada's trade minister is thanking the departing head of the World Trade Organization for his help trying the reform the troubled referee for global trade.

Mary Ng highlighted the support Roberto Azevedo, who announced Thursday he would step down as director-general of the WTO Aug. 31, gave the Ottawa-led reform efforts.

Azevedo will depart one year before the end of his eight-year mandate at the helm of an organization that has been lambasted by the Trump administration for being unfair to the United States at the expense of China.

His departure came the same day Canada and 48 fellow WTO members signed a joint statement affirming their support for small- and medium-sized businesses hurt by the COVID-19 crisis.

Canada, which has been leading a coalition of about dozen countries — excluding the U.S. and China — to reform the WTO and save it from the damage inflicted by the Trump administration, affirmed its support for its central role in upholding international trade.

Azevedo cited personal reasons for the departure, and said he was acting in the best interest of the organization.

"Canada has appreciated his leadership and dedication to rules-based trade, as well as his support for the work of the Canada-led Ottawa Group on WTO Reform," Ng said in a statement.

President Donald Trump took yet another shot at the organization Thursday, saying the WTO is "horrible" as restated his long-held grievance that it gives, in his view, preferential treatment to China at his country's expense.

"Despite the many shortcomings of the WTO, Roberto has led the institution with grace and a steady hand. He will be difficult to replace," Lighthizer said.

The U.S. has blocked the appointments to fill vacancies at the Appellate Body, which is an appeal court of sorts for the WTO's Dispute Settlement Body.

Because of the lack of judges on the body, Canada has joined with the European Union to replicate its function to keep the global trade dispute settlement mechanism functioning.

Phil Hogan, the EU commissioner for trade, said Azevedo's departure gives the WTO the opportunity to address its "many challenges" and he said that has to happen quickly.

"It is essential that we quickly chart a new path ahead at this critical and uncertain time for trade. It makes sense to proceed now with the succession process rather than wait until next year in order to be proactive," he said.

"The trade challenges arising from the impact of COVID-19 require immediate planning for the future."

Debra Steger, who was Canada's senior negotiator during the creation of the WTO in 1995, said the organization needs to act to correct shortcomings in its management and governance structure.

"The lack of leadership in strategic planning and policy-making is the major problem in the WTO," Steger, a senior fellow at the Centre of International Governance Innovation in Waterloo, Ont., said in a statement.