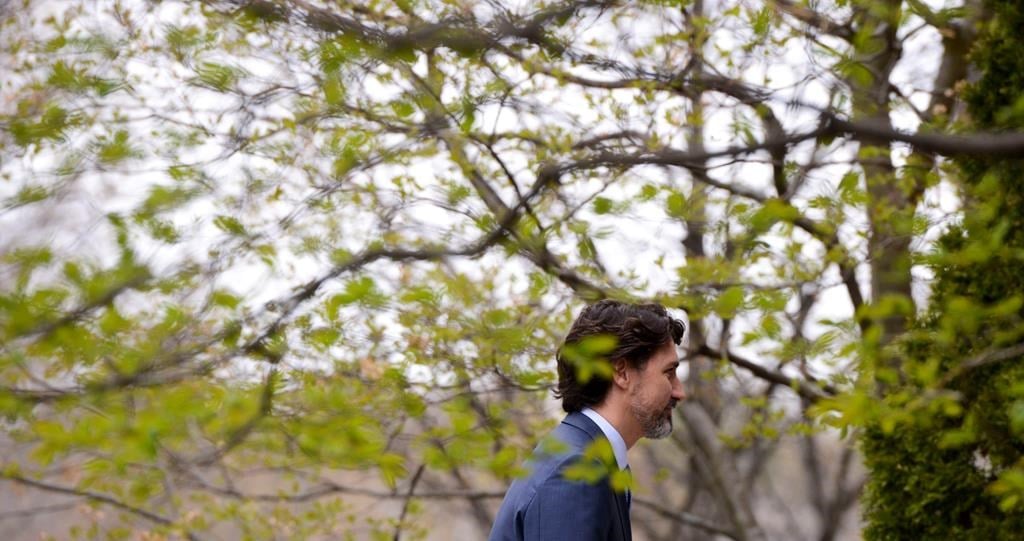 Prime Minister Justin Trudeau holds a press conference at Rideau Cottage during the COVID-19 pandemic in Ottawa on Friday, May 15, 2020. Photo by The Canadian Press/Sean Kilpatrick
Previous story

Prime Minister Justin Trudeau says the government will work closely with Air Canada to see if any more help can be offered after the airline announced mass layoffs on Friday.

Trudeau acknowledges it's a difficult situation for airlines and the travel industry during the COVID-19 crisis.

But even as he offered reassurances that the government would continue to work with companies and industries hardest hit by the crisis, exactly what help Air Canada can expect to receive from government remains unclear.

"We will have conversations with Air Canada as we will with airlines across the sector to try and see how the best way to get through this particular pandemic is," Trudeau said.

"We know that airlines are incredibly hard hit by this pandemic and we will be there to work with them to see how best we can help."

Air Canada will lay off more than half of its 38,000 employees next month as it grapples with the fallout from the COVID-19 pandemic. The airline estimates about 20,000 of its employees will be affected.

The country's largest airline — along with its competitors — has seen demand for air travel evaporate amid ongoing border shutdowns and confinement measures, prompting Air Canada to ground some 225 airplanes and slash flight capacity by 95 per cent.

Air Canada's move was announced after Trudeau extended the $73-billion Canada Emergency Wage Subsidy through the end of August earlier on Friday.

The airline did take advantage of the federal wage subsidy program to rehire over 16,000 employees initially laid off in March due to the pandemic. But now the company says workers who are laid off will no longer fall under this program and will have to apply instead for the Canada Emergency Response Benefit, which pays $2,000 a month to workers who have lost their jobs due to COVID-19.

Trudeau noted airlines and other big employers struggling through the pandemic can also access a bridge financing program being made available to companies with at least $300 million in revenues so they can stay open, keep employees on their payrolls and avoid bankruptcies.

He made a point to note this is "not a bailout" but rather a fund that offers loans to companies to help them get through the crisis.

"We are still working with companies to see who is taking that up and how the format of it will be worked out," he said.

The federal government will continue to work with Air Canada to try to determine the best way to get through the crisis, he said.

"I think we all know this pandemic has hit extremely hard on travel industries and on the airlines particularly, that's why we're going to continue working with airlines, including Air Canada, to see how we can help even more than we have with the wage subsidy."

Trudeau also says an additional $100 million will go to the Canadian Red Cross to help deal with COVID-19, floods and wildfires.

This report by The Canadian Press was first published May 16, 2020.

By Emilee Gilpin | News | May 15th 2020
Race Against Climate Change

Air Canada lays off more than 5,000 flight attendants due to COVID-19 pandemic