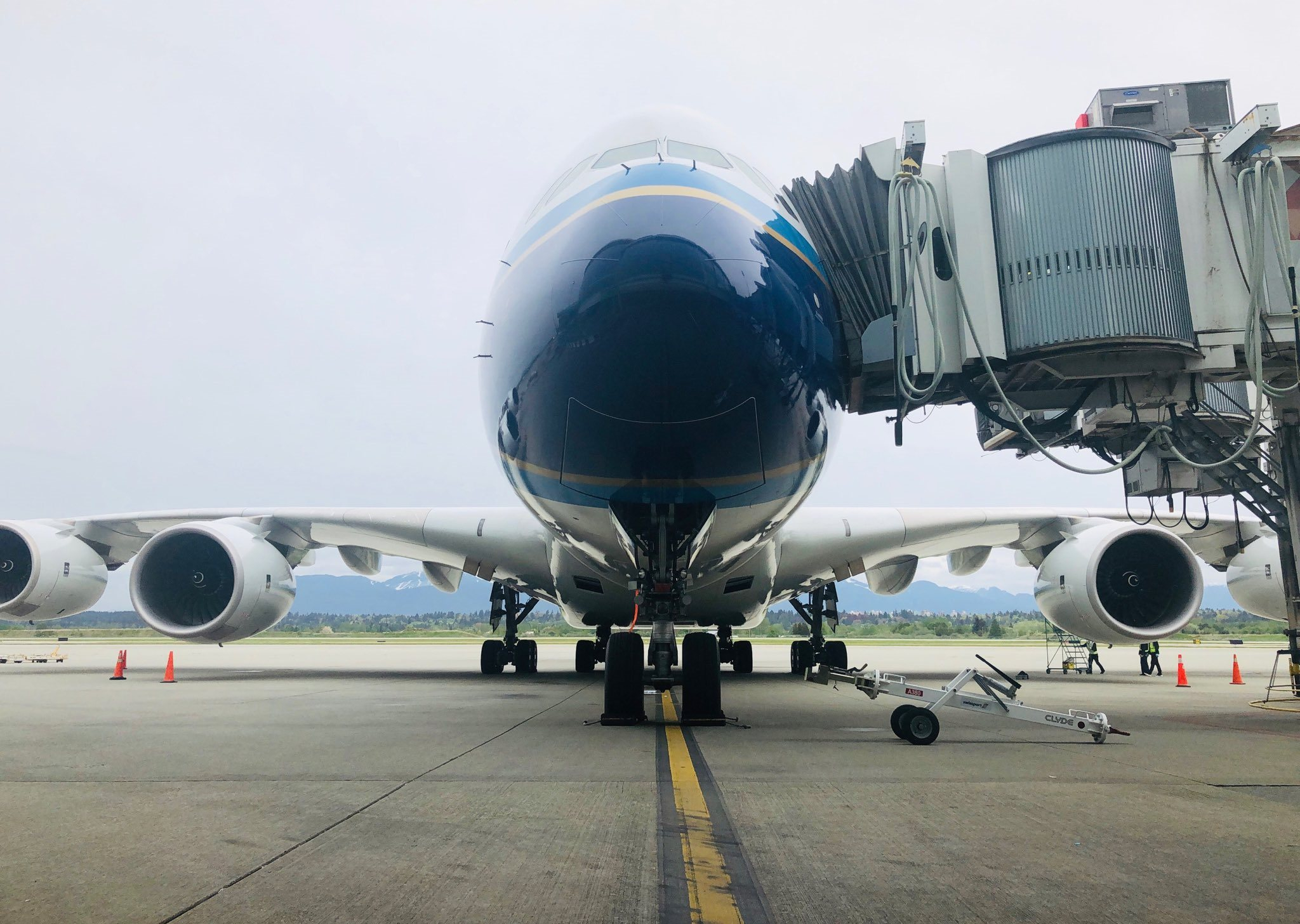 An airplane at Vancouver International Airport. VIA Facebook photo
Previous story
Next story

Canadian airport authorities could benefit from the federal government’s newest COVID-19 financing aimed at large businesses, according to Finance Minister Bill Morneau and the Crown corporation overseeing the program.

Airports were singled out multiple times by government sources on Wednesday as Morneau unveiled the details of the federal Large Employer Emergency Financing Facility (or LEEFF).

The new program is meant to provide loans to companies with at least $300 million in annual revenues and a large Canadian footprint.

The government wants to ensure that the “millions of Canadians” who work for big companies will stay employed, said Morneau, as well as the workers at their suppliers.

“It'll be available to organizations, including organizations like airports, that have extreme challenges,” Morneau said during a press conference in Ottawa.

His department, Finance Canada, also mentioned in a press release that the LEEFF program would be open to large, for-profit firms, “as well as certain not-for-profit businesses, such as airports.”

Finally, a subsidiary of the Canada Development Investment Corporation, the federal Crown corporation tasked with administering the program, noted on its website that “certain not-for-profit enterprises, such as airports, could also be eligible.”

Airports have been hammered by the pandemic, as passenger travel has decreased in line with public health orders.

The Canadian Airports Council, the industry group representing airport authorities, told the Commons finance committee this month that passenger traffic plummeted by 90 per cent in April and revenue losses are estimated at over $2 billion.

Airport authorities are non-profits because Transport Canada owns the 23 airports in the National Airport System, and leases them to non-profit entities like the Vancouver International Airport Authority.

Canadian airport authorities could benefit from the federal government’s newest COVID-19 financing aimed at large businesses, according to Finance Minister Bill Morneau and the Crown corporation overseeing the program.

That authority recently announced it was seeking voluntary layoffs among the 500 employees who work on things like operations and finance, and said in March that it was expecting a 40- to 50-per-cent decline in passengers this year, according to the Vancouver Sun.

Other airports are seeing a similar drop in passengers: Halifax Stanfield International Airport president Joyce Carter told the committee that its volume had dropped to 200 travellers in early May from a daily average of 11,000.

The federal government announced March 30 that rent payments for the 21 National Airport System airport authorities would be waived until December.

But Carter said during the committee appearance that this rent relief would not be enough, and more support was needed, including for capital debt obligations.

“Airports have moved quickly to reduce operating expenses, including closing sections of our facilities and cutting wages and staff, but many of our costs are fixed,” she said.

“Costs related to safety, security, and runway maintenance cannot be cut in proportion to reduced traffic.”

Morneau also announced Wednesday that the application process for the loan program was now open. The government also provided new details about eligibility.

Companies must be “large Canadian employers” that have a “significant impact” on the economy, either through having “significant operations” or “supporting a significant workforce” in Canada, according to a federal government fact sheet on the program. Corporations in the financial sector are barred.

The unsecured loan will have a five per cent interest rate in the first year, increasing to eight per cent in the second year, and by two per cent per year each year after.

The borrower will have to submit to a lengthy list of requirements, including restrictions on share buybacks and executive pay. They will also have to agree to respect existing pension plans and collective bargaining agreements, and publish an annual climate‑related financial disclosure report.

And publicly traded companies will have to issue stock warrants, that would provide the option to buy equity or cash equivalent totalling 15 per cent of the amount that’s received.

“The idea behind the warrant is to make sure that if a firm does well, that Canadians and Canadian taxpayers share in that upside,” said Morneau.

Finally, the government corporation administering the program said it reserves the right to appoint an observer to the board of directors of the company accepting the loan.

The Greater Vancouver Board of Trade declined comment on this story. David van Hemmen, director of advocacy and stakeholder relations, said the organization is geared towards smaller businesses.

The Business Council of British Columbia could not immediately provide comment before publication, said Colin Wong, director of external and strategic communications.

By Rachel Vincent | Opinion | May 20th 2020
Coronavirus in Canada