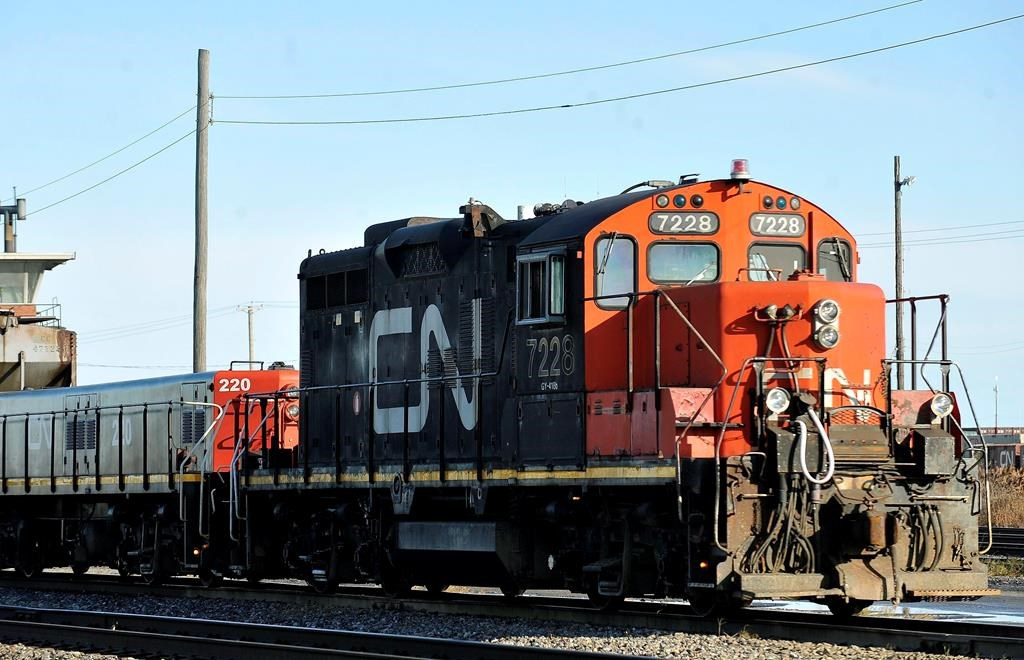 A CN locomotive makes it's way through the CN Taschereau yard in Montreal on November, 28, 2009. File photo by The Canadian Press/Graham Hughes
Previous story
Next story

Business at Canadian National Railway Co. has gone downhill since mid-March, leading to thousands of temporary job cuts at the company as the COVID-19 pandemic rips into a sector that serves as a barometer of economic cycles.

Revenue ton miles — a key industry metric — fell 15 per cent year over year in April and 21 per cent in May, CEO JJ Ruest said Thursday, speaking at a conference held online.

"Business has been slowing down since mid-March, April was lower than March and May was lower than April," he said. "June might be flat to May," although it could be the "tipping point ... slightly."

CN Rail has cut its workforce by 5,800 employees or 21 per cent since May 2019, including 3,500 workers furloughed due to the pandemic, Ruest said.

More than 70 per cent of those furloughs were already in place by late April, the company said last month.

The job cuts come in lockstep with a reduction in the number of active cars by 17 per cent, with some 21,000 now in storage. More than 20 per cent of CN's locomotive fleet — about 720 engines — are also off the track indefinitely, it said.

Ruest said automotive shipments have been a "roller-coaster," falling, rising and falling again as factories in China closed and then reopened just as plants shut down in North America.

Auto volumes have dropped more than 90 per cent year over year, he said, with a bleak outlook for the months ahead as frugal consumers pull back on big purchases in a recession.

"I don't know whether people will start to buy vehicles again," Ruest said.

Meanwhile, earnings from crude by rail and frac sand are "as bad as can be" amid a global glut of oil and a pandemic-induced plunge in demand, both of which have sent oil prices to near-record lows over the past two months.

On the plus side, the CEO said grain revenues will likely hit new monthly highs in May, June and July after notching record levels in March and April following a backlog owing to a late, wet crop last year.

CN, which last month scrapped its 2020 profit forecast as well as the three-year targets it outlined last June, is aiming for $2.5 billion of free cash flow in 2020, Ruest said.

Companies in this story: (TSX:CNR)