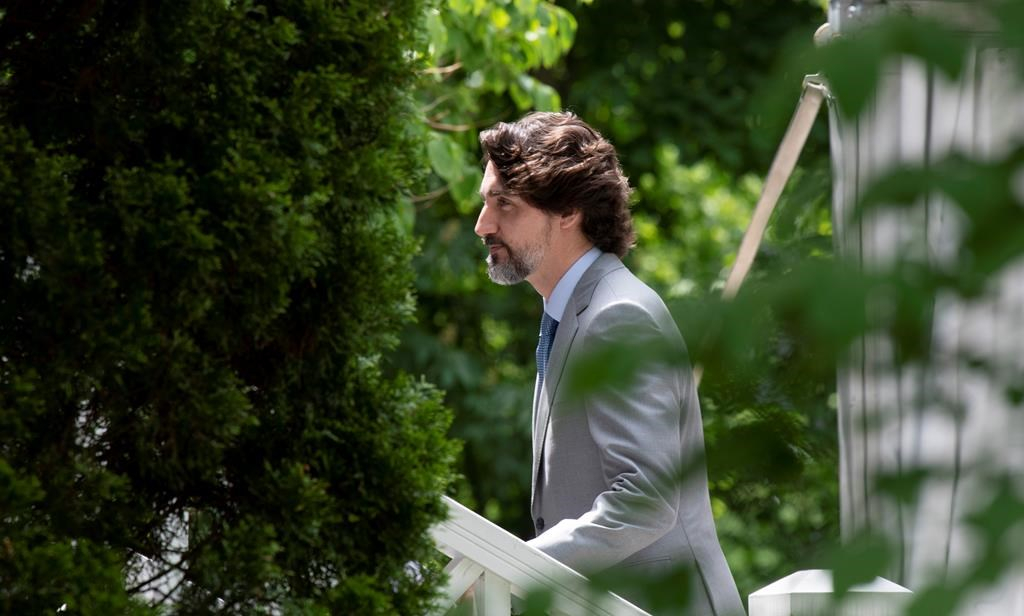 Prime Minister Justin Trudeau is to offer premiers billions in federal funding to help them safely reopen provincial and territorial economies without triggering an explosive second wave of COVID-19 cases.

Trudeau is expected to present the offer to premiers during their weekly conference call today — the twelfth such call since the pandemic sent the country into lockdown in mid-March.

Precise details, including how to allocate each province's share of the cash, are to be negotiated in the coming days, but federal officials hope agreements can be reached quickly to get the money flowing fast.

The offer comes with some strings attached, according to federal officials who spoke on condition of anonymity because they were not authorized to discuss it publicly.

Trudeau is offering to transfer the money to provincial and territorial governments, provided they agree to spend it on a number of areas the federal government considers necessary to reduce the risk of a second surge of the deadly coronavirus.

They include testing, contact tracing, personal protective equipment, bolstering municipalities, helping the most vulnerable Canadians and strengthening the health care system, possibly including improving conditions in long-term care homes linked to more than 80 per cent of the deaths in Canada so far.

Making a difference in just one of those areas — municipalities — is a pricey proposition. The Federation of Canadian Municipalities estimates communities across the country, which have been on the front lines of the pandemic, need $10-15 billion to make up for the loss of revenue resulting from reduced transit fares, user fees and deferred property taxes.

At the start of the pandemic, the federal government boosted transfer payments to provinces and territories for health care by $500 million — an amount that seemed large at the time but which has since paled in comparison with the more than $150 billion Ottawa has shovelled into direct financial aid to Canadians and economic stimulus measures.

While Trudeau is now offering provinces and territories substantially more money, there is likely to be some push back from some premiers over his attempt to direct the general areas on which it should be spent rather than letting them spend it as they see fit.

The prime minister is also expected to announce financial support for nearly four million disabled Canadians, who already faced some of the highest costs of living before the pandemic made daily life even more expensive.

Among other things, the pandemic has resulted in many people with disabilities having to rely on in-home care, pay delivery fees for groceries and other items, and fork out higher dispensing fees for prescription drugs.

Prime Minister Justin Trudeau is to offer premiers billions in federal funding to help them safely reopen provincial and territorial economies without triggering an explosive second wave of COVID-19 cases.

This report by The Canadian Press was first published June 5, 2020.