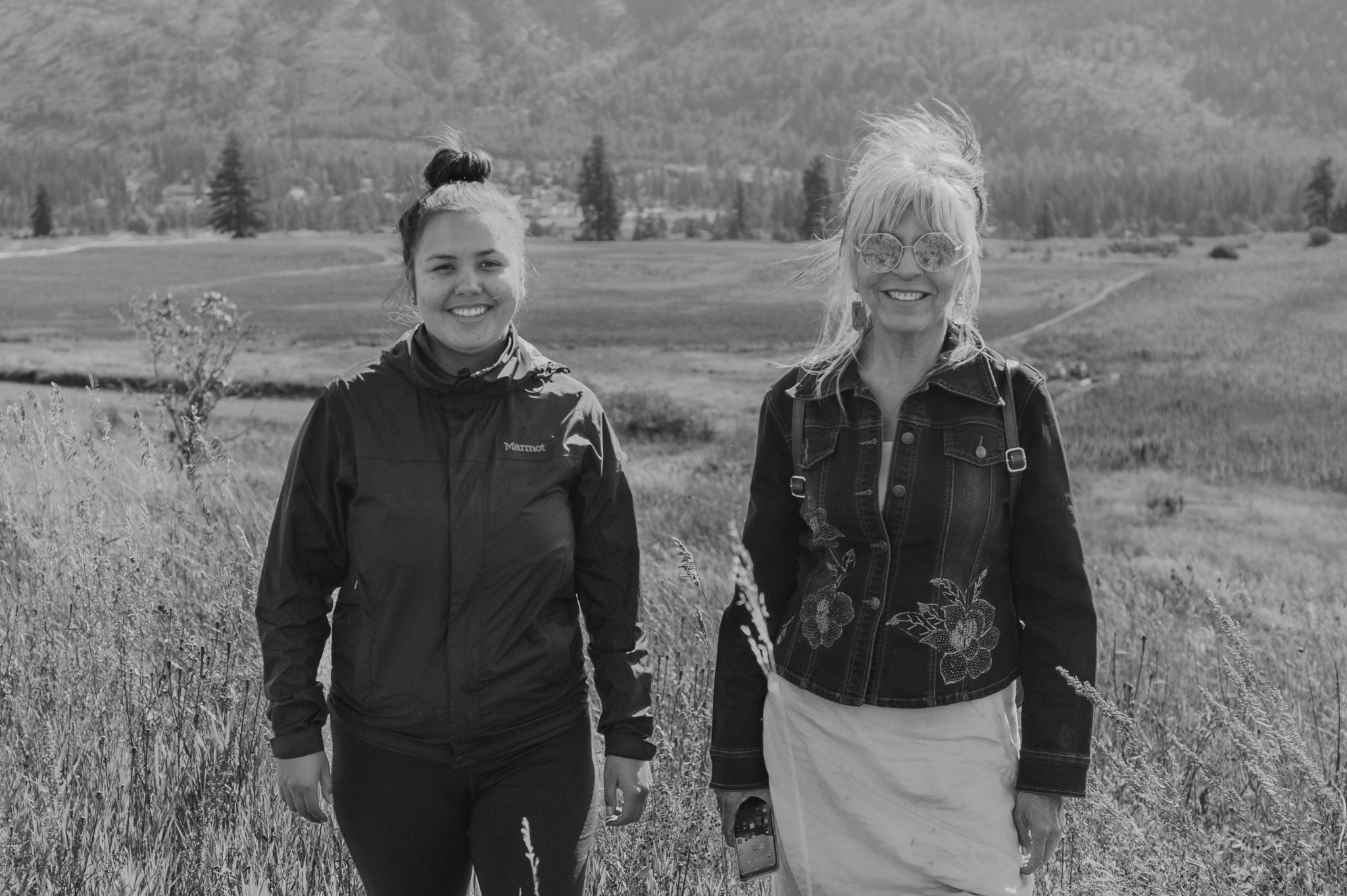 While people hoarded toilet paper and pantry supplies from grocery stores at the peak of the COVID-19 outbreak, Dawn Morrison kept busy tending to her personal garden in Vancouver, and curating the research and relationships for Indigenous Food and Freedom School gardens and Indigenous Foodland Conservation Areas in both Coast and Interior Salish territories.

According to Morrison, who has spent most of her life educating on the devastating environmental and social justice impacts of the industrial land and food system and a capitalist economy, food sovereignty has never been more important.

“COVID is a wake-up call for us to look at where the virus began, the unhealthy intensification of animals in one area, people congregated in cities,” Morrison said during a Facebook Live interview on May 14. “We need fresh air, sunshine, clean water, and we need each other.”

As of June 11, more than 419,905 people have died from the coronavirus worldwide.

According to the World Health Organization, COVID-19, which can affect animals and humans, likely started in a seafood market in Wuhan, a city in Eastern China. The industrial food system in China is just one representation of a highly unsustainable path charted around the globe following the industrial revolution. While countries like China, Italy and Spain have seen a significant decrease in the number of cases, and schools and businesses are tentatively expected to open, there is no doubt that the world has changed, and that we will never “go back to normal,” Morrison said.

According to Morrison, a member of the Secwepemc Nation in the Interior of so-called B.C., that's not a bad thing.

Morrison is the founder and curator of the Working Group on Indigenous Food Sovereignty, and a lead organizer of the Wild Salmon Caravan, a social movement utilizing art and relational networks to engage the public on Indigenous knowledge and conservation of wild salmon and their habitat in this critical time when we are seeing their numbers dwindle.

“Our elders talk about how we weren't hungry during the great depression in the 1930s because we knew how to work together in (the) community and grow, hunt, fish and harvest our own food,” Morrison said. “But within the global food systems today, our Indigenous economies and cultures, our hunting, fishing, farming and gathering practices, our narratives and the ways we have subsisted for thousands of years have been ignored and made invisible.”

Indigenous knowledge cannot be ignored if humans truly want to continue to live on this planet, Morrison said, tracing today's global food insecurity back to the industrial revolution in the late 1700s.

The intensification of food “production” has led to the establishment of a massive corporate empire, she said, which has “reached the limits of its growth.”

“As Indigenous peoples we know that we need to keep our knowledge alive, to LIVE the reality of food sovereignty,” Dawn Morrison of the Indigenous Food Freedom Schools told @NatObserver #IndigenousFoodFreedom #COVID19 #FirstNationsForward

The industrial food industry entered the global spotlight last year when the Amazon rainforest, commonly considered the “lungs of the earth,” burned at an unprecedented rate, caused by an increase in deforestation, illegal mining and land clearing for agribusiness. Scientists found that fires were three times more common in beef farming zones.

“It's a huge systematic injustice,” Morrison said. “Our work is about growing our own food system, so that we are not reliant on the corporate-controlled food system. We are just beginning to see the economic fallout of COVID-19 and the ongoing climate crisis.”

Indigenous people play a significant role in finding solutions to the present-day social and ecological crises we find ourselves in, Morrison said.

Last year, the Working Group on Indigenous Food Sovereignty (WGIFS) launched two cohorts as part of an Indigenous Food and Freedom School (IFFS), with physical sites in Strathcona Park in Vancouver and another in Morrison's home community of Neskonlith Secwepemc near Chase, B.C.

Through its partnership with the Vancouver Parks Board, the WGIFS was awarded a residency, where the board has agreed to realize the vision of restoring Indigenous foodlands in the capital planning budget for 2022-26. The WGIFS is excited at the prospect of playing an intermediary role to facilitate the community-engaged research, action and policy proposals to support the Coast Salish, urban aboriginal and people of colour in the spirit of the long and rich history of social justice in the neighbourhood, Morrison said.

The Secwepemc chapter of the IFFS is developing plans and proposals for mapping out and advocating for the designation of a Secwepemc Foodlands Conservation Area. The proposal advocates for the protection and restoration of the remaining fragments of prime agricultural land on Neskonlith IR #1, as well as rare and sensitive meadow ecosystems, and adjoining migration corridors for elk, wild salmon, painted turtles and the international birding zone.

The conservation strategies advocate for the wider application and promotion of traditional knowledge, wisdom and values, from a basis of Secwepemc land title and rights. The IFFS will provide an emancipatory education tool kit and employment opportunities in regenerative farming, Indigenous permaculture, environmental monitoring, Secwepemc land and water rights, food sovereignty and nature-based conservation planning in collaboration with project partners in the region.

“We know that Strathcona Park and the Downtown Eastside are among the most poverty-stricken, food-insecure communities in all of Canada, so we have been working with Indigenous people, settler friends and allies to start growing fruits and vegetables and protecting, conserving and restoring the remaining fragments of our Indigenous foodlands,” Morrison said.

Both sites and especially the four-acre space occupied in Secwepemc territory, are not just about agriculture, Morrison said, but about mapping out and advocating for the conservation of wild elk and salmon, and looking at the connected ecosystems from a much broader ecological and cultural scope than the colonial system allows for.

The Indigenous food and freedom schools are about building communities with a regenerative practice, she said, guided by knowledge systems of the past with an eye on the well-being of future generations.

It's no small feat. In order to rethink the industrial food system, and ultimately to effectively dismantle it and turn back to place-based food systems and sustainable stewardship, there must be a genuine decolonial practice, on all levels, Morrison said.

“We know we are connected. The land and water isn't a resource, it's our relative, it's a part of who I am,” Morrison said.

The IFFS cohorts are busy planting and tending to seeds, educating their community, and providing tool kits for others interested in the process of food independence. When asked what advice she has for those interested in becoming less dependent on the food industry, Morrison suggested starting by “digging up your lawn.”

“If you live in the city, those lawns consume an incredible amount of water. That's a lot of area to grow food,” she said, adding that her own garden is about as big as her mom's kitchen table, but it’s something to supplement her traditional diet in times of need.

COVID-19 has imprinted some profound lessons for people individually and collectively, but what Morrison hopes people make room to understand is that we need to “learn to live with less, to embrace the uncertainty and to do the emancipatory work needed to address the underlying socio-political, cultural and ecological issues impacting our ability to live the reality of food sovereignty the way our ancestors did for thousands of years.”

“There are millions of people around the world mobilizing and looking for leadership. I don't think the leadership exists within the existing system,” Morrison said. “It would be great if tomorrow, every human being woke up to realize themselves more fully in this.”