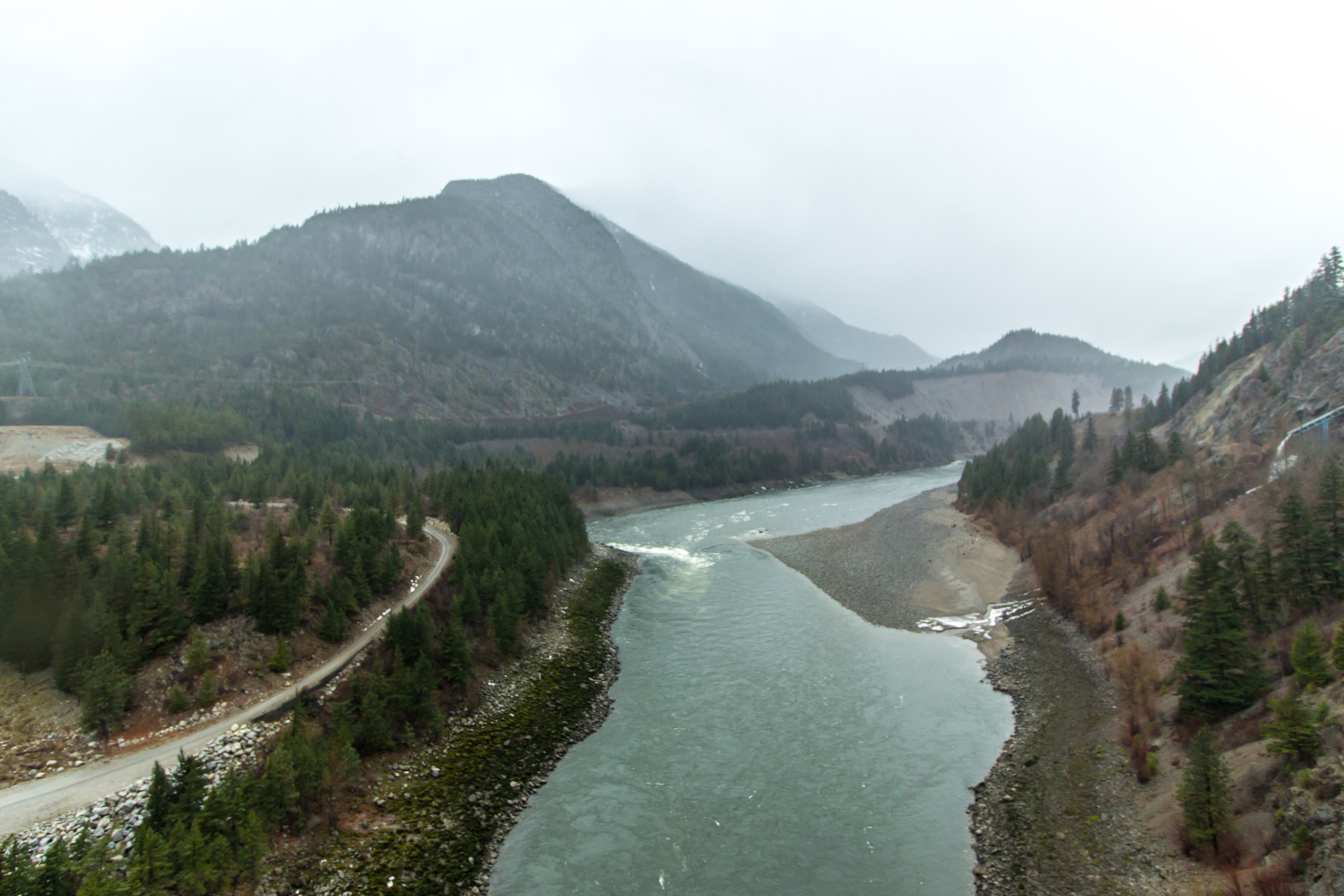 The Fraser River is the rearing ground for fish species that play a crucial role in a food web that links fish, birds and marine mammals across thousands of kilometres of the Pacific Ocean.
Previous story
Next story

One of the world’s great rivers, the Fraser River in B.C., is home to millions of salmon that swim downstream to feed and grow in the Fraser estuary before beginning their ocean journey.

But this rearing ground is threatened. And it needs our attention and concern.

The Fraser River has historically produced more salmon than any other place in North America. It is the rearing ground for fish species that play a crucial role in a food web that links fish, birds and marine mammals across thousands of kilometres of the Pacific Ocean.

However, in the last 100 years, salmon habitat in the lower Fraser has been dramatically changed.

Seventy per cent of the Fraser River flood plain and the estuary have been isolated or disconnected from the river by hundreds of kilometres of dikes and armouring. Little natural shoreline remains, and very few streams (less than five per cent) are in a wild or natural state. This leaves young salmon without access to food and refuge they once relied on. The river also receives hazardous waste from industry, urban and agricultural runoff, as well as outfalls that add a cocktail of pharmaceuticals, metals, and other pollutants.

The Vancouver Fraser Port Authority is proposing an expansion of their marine container terminal, which will be constructed on Robert's Bank, in the heart of the Fraser estuary.

That development has environmental impact.

Video by the Raincoast Conservation Foundation.

Following years of decline in the number of chinook and sockeye salmon returning to the Fraser River, the last two years have been the lowest on record, with significant fisheries closures. Low abundance of steelhead, coho and chum further constrain recreational and commercial fisheries. Even First Nation fisheries for food, social, and ceremonial purposes have been greatly reduced.

A recent report by Raincoast Conservation Foundation titled “Toward a Vision for Salmon Habitat in the Lower Fraser River” has put forth recommendations to address the habitat loss that has been identified as a key factor in the crisis facing Fraser River salmon.

Since 2016, Raincoast has worked with First Nations, community groups, conservation organizations and dozens of individuals to identify the root causes of salmon habitat loss and to record ideas to comprehensively address its restoration and protection. This included tracking bold ideas like the reflooding of Sumas Lake, the reconnection of hundreds of kilometres of lost streams and support for Indigenous-led research and habitat-monitoring programs.

Fraser salmon face a host of complex problems, such as overfishing, climate-related impacts and hatcheries. However, the conservation and restoration of freshwater habitat throughout the Lower Mainland is one of the few things most salmon advocates agree on. We now need to see the federal and provincial commitment match the scale of the problem and end an era of land-use decisions that continue to degrade salmon habitat.

The Raincoast report identifies that roughly 71,000 hectares of wetlands and almost 150,000 hectares of forests have been lost in the Lower B.C. Mainland since the 1930s. (For comparison, Vancouver’s Stanley Park is 404 hectares.)

By the mid-20th century, dikes had disconnected the river from 70 per cent of the flood plain. There are clear opportunities for municipalities to implement green infrastructure options to help recover salmon populations and reconnect kilometres of habitat all while enhancing our ability to adapt to climate change and sea level rise.

Much of the habitat loss happened at a time when Indigenous Nations were actively excluded from traditional stewardship and their rights to salmon. Despite past efforts to stem the loss, including coordinating bodies like the defunct Fraser River Estuary Management Program, the reality is the loss has never stopped.

Raincoast’s recommendations take into account the current political, socio-economic and ecological context, including the United Nations Declaration on the Rights of Indigenous Peoples.

We advise that all levels of government, including regional and municipal, along with the conservation community, to consider how they can support Indigenous-led efforts to restore salmon habitat.

This needs to be done before more salmon populations are pushed past a threshold from which they cannot return.

The "loss" described in the

The "loss" described in the article stems from the human fixation on wealth, industrial might and dismissal of the delicate natural processes our planet evolved so painstakingly over eons of life on earth. The "wealth" seekers are fundamentally, ravaging pillagers of nature's bounty. They are utterly insensate to their destructive goal of encasing the planet in concrete and steel, to their resulting toxification of the global eco-system