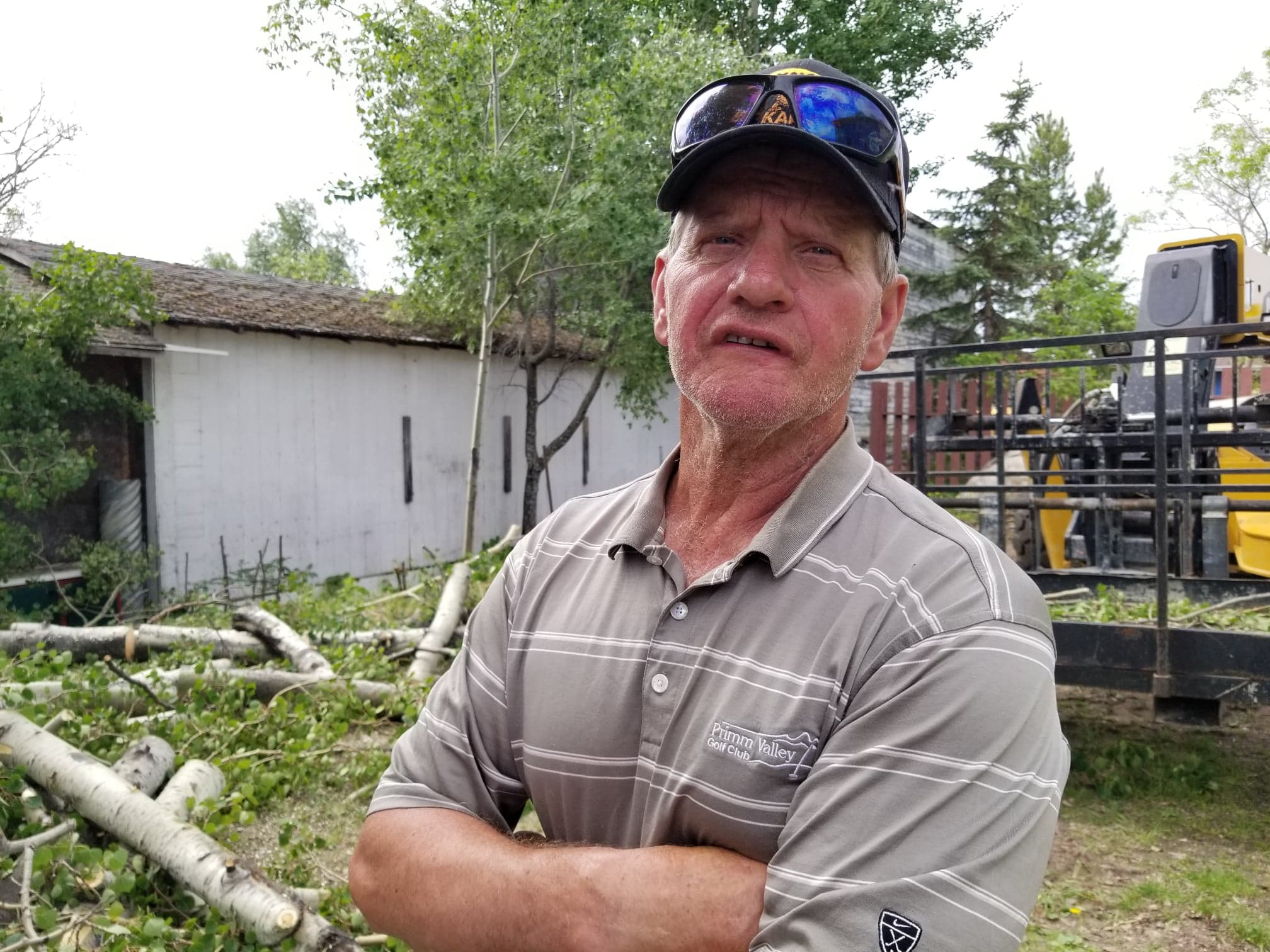 Former mayor and local developer Joe Hordyski might take the Town of La Ronge to court over a land sale that he says broke the Northern Municipalities Act. Photograph by Michael Bramadat-Willcock.
Previous story
Next story

They say you can't beat city hall - but a former mayor of La Ronge is going to try. Well, not city hall in this case, town council, but either way Joe Hordyski says he wants to right a wrong.

Hordyski is threatening legal action to reverse the sale of a piece of land in the northern Saskatchewan town for well below market value.

According to the Northern Municipalities Act “council cannot sell or lease any land for less than market value unless there is a public offering and there was no public process that was initiated or recorded by council,” Hordyski said

But that, Hordyski says, is exactly what council did when it approved the sale of an industrial lot.

Hordyski is planning to run for a seat on town council in November. He’s not sure if he’ll run for his former position as mayor, though. He said that either way, more people need to pay attention to “what’s going on with the leadership” in their community.

Last September, council approved a purchase offer on a 163-meter by 153-meter lot valued at more than half a million dollars for $1,000 plus surveying costs to local developer Scott Klassen.

Hordyski submitted a petition to council last week saying the sale was in violation of the Northern Municipalities Act. Hordyski said that he will take the issue to the Queen's Bench for a ruling if it’s not addressed.

“I think there’s influence. There’s coffee room talk. It’s very difficult to exclude yourself. You’re not supposed to talk before, during or after you’re just supposed to lock yourself right out but that doesn't happen I don’t think,” Joe Hordyski.

“It’s almost a little bit of a shame that you have to do that because the northern act is basically the municipal government. They come up with this act, and they set out these rules, but they don’t enforce it,” Hordyski said.

Before going to council Hordyski said he took the matter to the provincial ombudsman. He said the ombudsman told him that they don't enforce the act, but give advice to avoid future issues.

“That doesn't change anything, so the only alternative is to take it to the Queen’s Bench and have the courts enforce that northern act,” Hordyski said.

La Ronge Mayor Ron Woytowich, who voted against the land sale, said that he supports Hordyski’s push to get clarification on the legality of the land sale, and to prevent that sort of thing from happening again.

“When you sell something below market, you'd better give everybody a chance to bid on it. Maybe nobody cared, but at least it should have been out in the open. It should have been tendered out,” Woytowich said.

Hordyski said that while he once had an interest in the lot, which is located near one of his own properties on Poirier Street, in the industrial area. He said that’s not the reason why he took the issue to council, though.

“I’m concerned about the sale because the town is getting a bad deal for whatever reason,” Hordyski said.

Mayor Woytowich is offering to help pay some of Hordyski’s legal fees so that the issue can be resolved and to create a precedent for future land sales in La Ronge.

“I’m willing to throw some money in, I don’t know what it’s going to cost him. I would like... for the court to make a ruling on stuff like this so that it never happens again.”

“I know that he was absolutely right in this complaint that he made and that’s why I’ve said I not only support him, but if he needs a couple of bucks for a lawyer, I’ll be happy to throw money in. We’re friends, and besides, he’s right.” Woytowich said.

The mayor said that “just one or two doors down” from where the land was purchased on Poirier Street, “somebody just paid big money for a property that didn’t even have a road near it.”

“I thought that (the Poirier Street sale) was just totally wrong. The amount of money was just not right. I don’t care how you look at it, it was wrong and there was no way that I wanted anything to do with it,” Woytowich said.

In October 2019, a report signed by the Town of La Ronge acting administrator Robbie Bender maintained that the sale of the Poirier Street lot was in breach of the act and said that if left unaltered a sale for such a low amount could result in “negative feedback from the public.”

Council was given the options of reevaluating the sale at fair market value, selling it for less and opening it to the public to bid on, or commissioning another third-party appraisal.

The report said a previous third-party appraisal in 2015 put the fair market value for the lot at more than $566,000 including the dedicated land fee. But Hordyski said that isn't fair market value either. He said that valuation was the result of “an outsider coming in not understanding the development costs.”

Hordyski said that twenty per cent of that, or around $100,000, would be a reasonable price.

But the report said an alternative fair sale price for the lot would have been slioghtly more than $17,000, with taxes and land fees included. That number was based on the 2017 sale of a comparable piece of property in the area for $16,000.

Council elected to maintain the sale for $1,000, with a higher dedicated lands fee, despite the risk of blowback from the public.

Councillor Matt Klassen declared conflict of interest and did not participate in the vote because Scott Klassen is his brother.

“I think there’s influence. There’s coffee room talk. It’s very difficult to exclude yourself. You’re not supposed to talk before, during or after, you’re just supposed to lock yourself right out but that doesn't happen I don’t think,” Hordyski said.

Councillor Klassen told Canada's National Observer that any time a member of council’s family or represented organizations are involved, that councillor must declare a conflict and remove themselves from the conversation.

“I did just that, declared conflict of interest and removed myself completely. I have not been privy to any conversation or decisions around the topic,” Klassen said.

Hordyski said that land in the community becomes devalued when it is “sold for cheap,” which hurts the value of property overall.

“I think that the third-party assessment should be looked at more closely. It’s letting us know that there is a value to land. You have to balance it out in terms of bringing in that tax revenue and what you can afford to give away,” Hordyski said.

“When you start to get to the point where the amount of land available for development starts to diminish, you don’t go and sell a big parcel of land for little return. Just because a guy wants a lot that big doesn’t mean he needs it.”