By Michael Bramadat-Willcock | News, La Ronge, Saskatchewan | May 2nd 2020
#471 of 1611 articles from the Special Report: Coronavirus in Canada 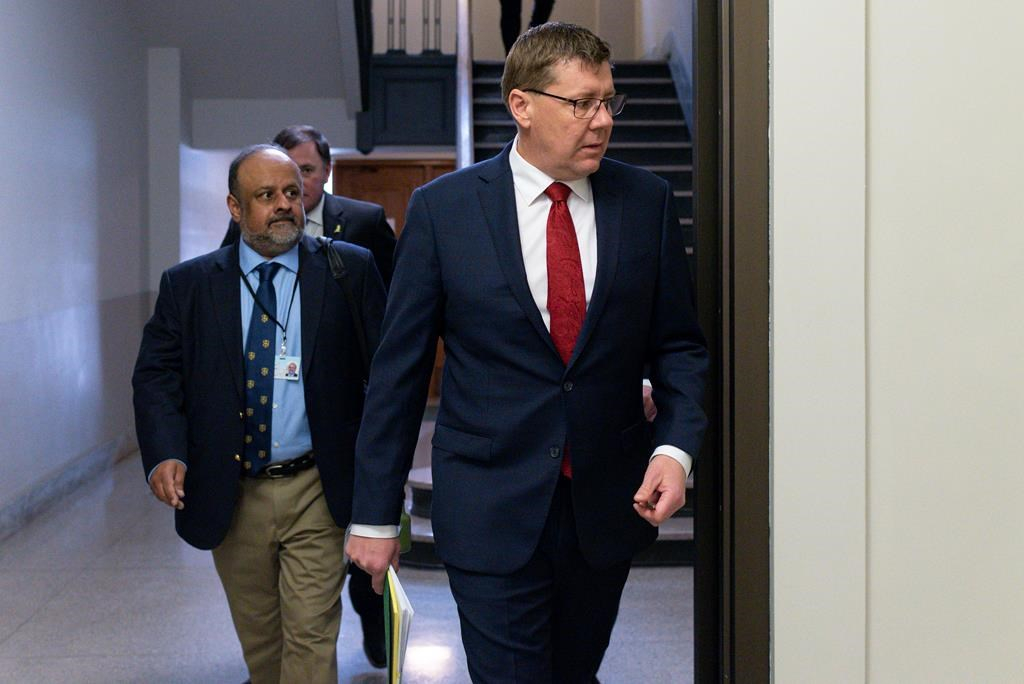 Northern residents must remain in their local communities and practise social distancing. Exceptions will be made only for critical trips like collecting groceries and going to medical appointments. The restrictions cover all communities in the Northern Saskatchewan Administration District (NSAD) ⁠— except for La Ronge and Stony Rapids.

“The communities of La Ronge and Stony Rapids have been exempted from these particular orders and that is at the request of those community leaders,” Moe said.

The town of La Ronge shares much of its infrastructure with the Lac La Ronge Indian Band and the northern village of Air Ronge. The three geographically intertwined jurisdictions form what’s locally called the “tri-community.”

The exemption for La Ronge came as unwelcome news to the neighbouring communities, which would like the new travel restrictions to remain in place for them.

Lac La Ronge Indian Band executive director Gladys Christiansen said they weren’t asked for their opinion on an issue that will impact their citizens.

“We definitely would have liked to have been consulted beforehand, by both parties, the province and the town,” Christiansen said.

“The communities are immediately adjacent to one another and we have many band members that reside in La Ronge.”

“The order was just made and we don’t know the effect it will have on our community. The truth is, and I’m not trying to put the government down because I don’t think that they know either,” Ron Woytowich.

She said it’s important to come to an agreement between all three communities and La Ronge should have done that before making the decision to request an exemption from the province.

Lac La Ronge Indian Band declared an emergency measures bylaw on March 30 restricting access to their territory as a precaution during the pandemic.

“What we would like to see is no access at all for people who are non-residents. I think by leaving it wide open, there’s more of a chance of COVID-19 getting into our community and that would be devastating if it did,” she said.

Less than fifty people have reportedly been tested for COVID-19 in Lac La Ronge. There have been no confirmed cases.

Air Ronge mayor Gordon Stomp agreed with Christiansen. He wasn’t sure how many have been tested in Air Ronge, but said it’s nowhere near enough to make the decision to stay open while the rest of the north closes down.

“We’re very fortunate right now because they say we have very few cases in our community, but there’s been very little testing,” Stomp said.

The timing of the provincial announcement came as a surprise to some in La Ronge, too. Even though they are the ones who requested the exemption.

Ron Woytowich, mayor of La Ronge, told National Observer he wasn’t expecting the announcement to come when it did and had been hoping for more dialogue with the province on how to proceed.

Woytowich told National Observer that he did not know that the town would be exempted from new northern travel restrictions, as per their request, until the premier made his announcement. Now he and his council are under fire from two neighbouring communities who say that they were not consulted by La Ronge about its request to the province for an exemption.

The La Ronge town council had sent a letter earlier in the week to the premier, asking that the province realign the boundaries identified in the public-health order so that it would not restrict travel “into and out of areas like La Ronge.”

The letter also said the town would “appreciate being consulted on any matter in advance that will have an impact on our community.”

“I wish they would have told us that in advance,” Woytowich said shortly after a snap conference call with the neighbouring communities of Air Ronge and the Lac La Ronge Indian Band on Thursday.

Woytowich said the Town of La Ronge had expressed concerns, but hadn’t decided yet whether they wanted further restrictions for the community.

“Quite frankly, we weren’t sure which way we were going (regarding the restrictions), but we wanted more information before we made a decision. In the meantime … they made this order that excluded La Ronge,” Woytowich said.

Moe said the province will provide businesses in northern communities with support and resources while also implementing the new restrictions to “reduce the spread and flatten the curve in the north.”

“Yesterday, the mayor of La Loche (Robert St. Pierre) and a number of other northern leaders requested further restrictions on travel in northern Saskatchewan. Specifically requesting restrictions on non-essential travel between communities and that travel be prohibited,” Moe said.

La Ronge wanted the government to consider differences between the northeast and northwest areas of the province before taking a position on travel restrictions.

Far north Saskatchewan used to contain three regional health authorities, but not anymore. In 2017, the twelve former provincial health regions all came under the jurisdiction of the Saskatchewan Health Authority, which sees the far north as one region.

The northwest provincial district of Athabasca is experiencing an outbreak of COVID-19 centred around the northern village of La Loche, which has a population of about 2,800.

One positive case involving a patient at Victoria Hospital in Prince Albert was announced on Friday. An outbreak has been declared at the hospital.

Saskatchewan recorded 26 new cases of COVID-19 on Friday, putting the province’s total at more than 400. Most of the new cases are in the far north and north regions.

The La Loche area has more than half the provincial total of active cases, and two elders from the community have died.

La Ronge has a population just shy of 2,700 and is in the northeast district of Cumberland, which has yet to experience such a severe outbreak. La Ronge, about 440 kilometres east of La Loche by road, is also a hub for relief and prevention efforts in the area.

“We are a different community. We have the hospital, we have all the drug stores, we’ve got all the grocery stores,” Woytowich said.

Woytowich said the town would have an official position after Thursday night’s budget meeting. “Because of what’s happened, that’s going to be on our agenda, and we want to come out with something either for or against, we just don’t know,” he said.

Last Friday, Woytowich told National Observer that town council voted to keep the exemption for now. They have called a special meeting at the council chambers on Sunday and will reconvene Wednesday to decide if they will continue to support the exemption from travel restrictions.

“The order was just made and we don’t know the effect it will have on our community. The truth is, and I’m not trying to put the government down because I don’t think that they know either,” Woytowich said.