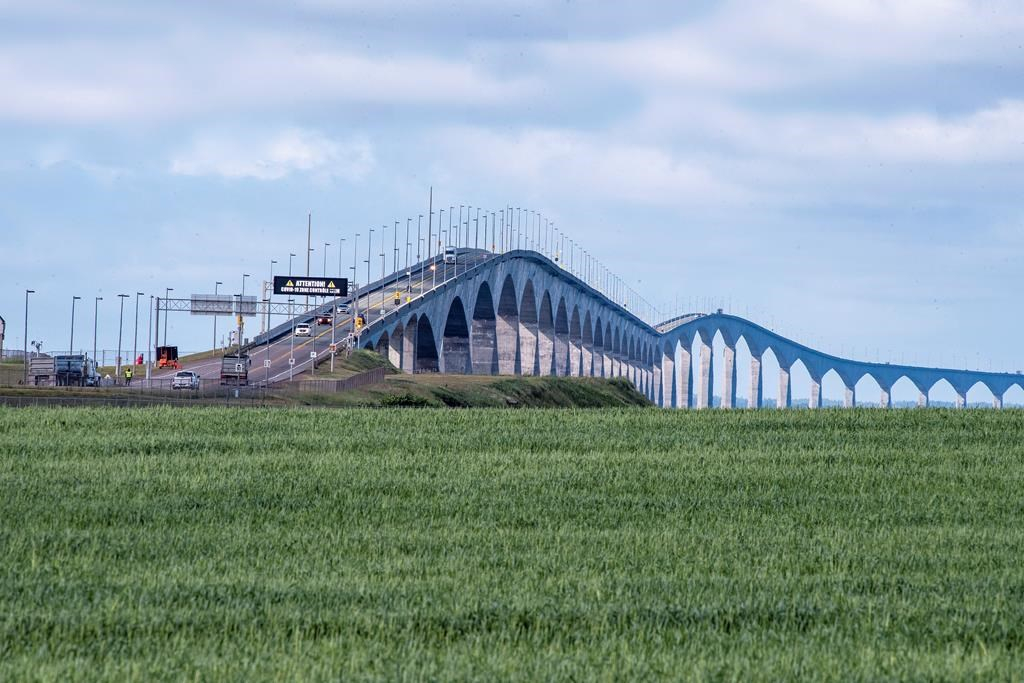 Motorists line up to cross the Confederation Bridge as the so-called tourism bubble for the Atlantic region begins, on Friday, July 3, 2020. File photo by The Canadian Press/Brian McInnis
Previous story

In a news conference Sunday, the province's chief public health officer, Dr. Heather Morrison, said the cases — both men in their 20s — were in close contact with a local man who had travelled to Nova Scotia and is also believed to have spread the virus to a worker at a seniors' residence.

"This cluster of cases is a clear reminder that COVID-19 is still very much present in our province and we must remain vigilant," Morrison said.

"At this point there is no evidence of community spread of COVID-19 in our province and the risk of transmission of COVID-19 within the province remains low," she said.

The woman who tested positive for the virus worked at Whisperwood Villa, a seniors' residence in Charlottetown, and listed nine close contacts — all of whom have tested negative for COVID-19, Morrison said.

Morrison said 140 staff members and 129 residents at Whisperwood Villa were also tested for COVID-19 on Saturday and their results all came back negative.

People who visited the residence last Tuesday also will be contacted for testing, Morrison added.

The fifth case on the Island is not believed to be related to the cluster of four cases. A man in his 50s who had travelled out-of-province was reported to have the virus on Saturday.

Before this weekend, the province's last COVID-19 positive test came in late April.

Morrison said public health officials in P.E.I. and Nova Scotia have been in close communication to trace the COVID-19 cluster.

The P.E.I. man travelled to Nova Scotia for personal reasons on June 26 and returned to the Island on June 29, Morrison said.

He is believed to have come into contact with someone there who had travelled to the U.S., who has since tested positive for the virus and is now under quarantine in Nova Scotia, health officials in that province said.

Nova Scotia's chief public health officer, Dr. Robert Strang, said in the email that the individual does not live in Nova Scotia, but was passing through the province on the way to P.E.I.

"As this individual is still within the 14-day isolation period required by the federal Quarantine Act, they are now being quarantined under federal authority in Nova Scotia. We will be able to provide further information as contact tracing work continues," Strang said.

Morrison noted that the new COVID-19 cases are not related to seasonal residents of P.E.I. or to the Atlantic bubble.

As of Friday, residents of P.E.I., Nova Scotia, New Brunswick and Newfoundland and Labrador have been allowed to travel freely between the provinces without needing to self-isolate upon arrival.

This report by The Canadian Press was first published July 5, 2020.